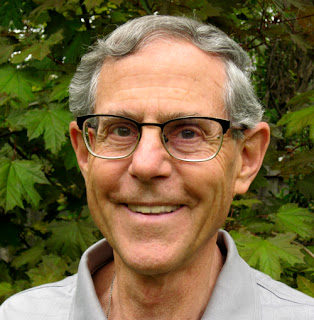 Rich Israel is the author of the new memoir Groovin': Horses, Hopes & Slippery Slopes, about his experiences in the late 1960s. He lives in Boulder, Colorado.

Q: Why did you decide to focus on the late 1960s in your new memoir?

A: The ‘60s were a free, exciting time for me. I collected a number of unique, humorous stories and found that people enjoyed them. You can find plenty of books on the history of that period, but I wanted to offer a sense of what it was like to live during those transformative years.

Many readers have told me that reading Groovin’ brought back memories of their own journey, even if they weren’t involved in the hippie movement.

Q: How did you choose which events to write about? Had you kept a journal during that period?

A: I chose the events that reflected the time as well as providing humor, entertainment, and substance. I never kept a journal or took a single photograph, but I’ve been blessed with an amazing memory of that part of my life, so it wasn’t a challenge to add details to the stories. Still, I checked in with longtime friends to verify a few of the events.

Q: One of the issues you write about is your opposition to the Vietnam War. What impact did that have on you, both then and in the following years? 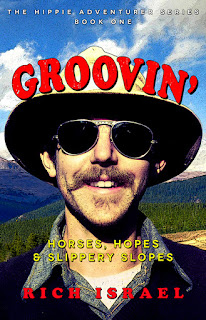 A: The Vietnam War and the draft caused me to examine my moral opposition to war and any occurrence that harms or infringes on the liberty and well-being of others. I have always valued integrity and since that time have supported freedom and equality.

The stories in the book illustrate some of the ways the Vietnam era affected me, and my next book, Trippin’,will continue that thread, recounting what ultimately happened with my draft resistance.

A: In the ‘60s, we fought for rights we knew we were entitled to and today we are fighting to preserve those rights. Also in the ‘60s, the young were primarily the ones who stood up for justice. Today, the young and the aging boomers are standing together against injustice.

Q: This is the first in a series called The Hippie Adventures Series. How many are you planning to write, and what are you working on now?

A: There were too many stories to put into a single volume, so Sandra Jonas Publishing will release a second book, Trippin’: Roads, Rails, and Mountain Trails, in the fall of 2017. We’re fine-tuning that book now. We will also begin work soon on an audiobook edition of Groovin’.

A: I’ve always been a sensitive person, so when I wrote Groovin’, I hoped people would be able to not only visualize the surroundings in detail but also sense the emotions I was experiencing.

It’s quite satisfying to hear from readers that they found themselves immersed in my stories as though they were right there with me.