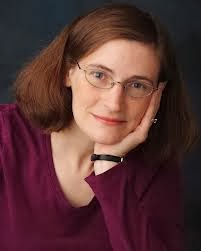 Kristin Levine is the author of two historical novels for young readers, The Lions of Little Rock and The Best Bad Luck I Ever Had. She lives in Alexandria, Virginia.

Q: One theme in both your novels is race relations. Why did you select that as a topic on which to focus?

A: When I was in elementary school my mostly-white neighborhood school was paired with a mostly-black school from across town.

When I asked my parents why I had to take the bus to go to 4th grade, they replied with great enthusiasm that this was a great opportunity for me to be with and learn from people who didn't look exactly like me and hadn't had exactly the same experiences.

I always remembered their enthusiasm for the idea of integration. And thinking back on my own elementary experiences, it IS the different people and experiences I remember most fondly.

Q: Why did you choose historical settings for your novels, and how did you select those two particular time periods?

A: The truth is, I'm kind of lazy. The Best Bad Luck I Ever Had was inspired by my grandfather's memoirs growing up in Moundville, Alabama. So for that book, I picked that time simply because it was when he was a kid. 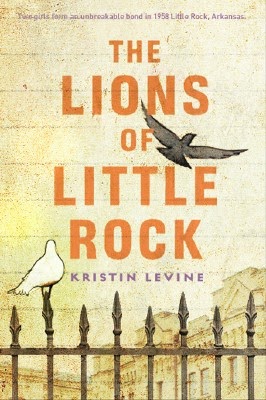 My mom was born in Little Rock, Arkansas. I actually was planning to set The Lions of Little Rock during the year of the Little Rock Nine, but when I went to Little Rock to interview some people, I heard so many interesting stories about the "Lost Year" that I decided to set my book during that year instead.

(But not until I had written almost an entire first draft set the year before - I had to throw out a whole bunch of pages and start over again!!)

Q: Do you have a particular favorite character that you've created?

A: Oh dear, that's kind of like asking about my favorite child! Let's just say I really liked Dit (the narrator from Best Bad Luck) because he was the first character I had ever written that felt like a real person to me.

Writing about him also felt like, in a way, getting to know my grandfather, who I had never known well when he was alive.

I also like Marlee, because she took SO long to reveal her personality to me. I wrote an entire draft of Lions where Marlee had no trouble talking at all.

It wasn't until my editor complained that she didn't really like Marlee's voice yet, and I remarked to myself in a huff, "Well, fine then. Maybe she won't have a voice at all!" that I came up with the idea of Marlee not liking to talk. And that, of course, made her entire character!! 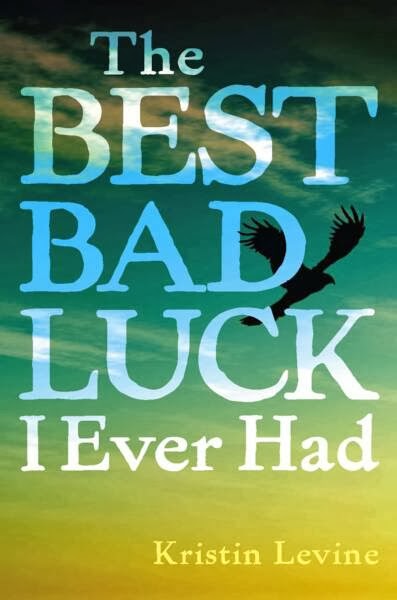 Q: Your books are described as being for kids around middle-school age. Why did you pick that age range?

A: I think I like to write for kids in middle school because books were so important to me when I was that age. It's a stressful time and I loved knowing I could always escape to a book.

A: Well, after writing about my grandfather and my mother, my dad started dropping hints that HE had had a really interesting life too.

So my next book, The Paper Cowboy, is about a boy living outside of Chicago in the early 1950s. When his sister is burned in an accident, he has to take over her paper route. He also has to deal with McCarthyism when he accuses a shopkeeper in town of being a communist, and realizing that he sometimes acts like a bully at school. At least that's the plan, if I manage to pull all those themes together. It should be out fall 2014.