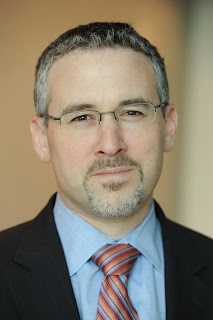 Jonathan Schanzer is the author most recently of State of Failure: Yasser Arafat, Mahmoud Abbas, and the Unmaking of the Palestinian State. His other books include Al-Qaeda's Armies and Hamas vs. Fatah. Schanzer is vice president for research at the Foundation for Defense of Democracies in Washington, D.C.

A: I had a meeting in Europe with a former Palestinian official two years ago, and also with a democracy activist who worked for the P.A. [Palestinian Authority] in the Arafat era, and an Israeli. All three were eager to talk about the problems of governance with the Palestinians.

It piqued my interest, and it prompted me to dig more. I found that just about every analyst in the region had an understanding about the problems with the P.A., and the reports were consistent. It was troubling; it had gone unaddressed.

On my next trip to Israel and the Palestinian territories, that was one of my lines of inquiry. I heard quite a bit from the Palestinians. A small but serious group of Palestinians wanted this sort of thing -- the corruption and mismanagement -- to end.

They all were largely supportive of Salam Fayyad, the prime minister at that point, and believed that he was the answer and the PLO [Palestine Liberation Organization] machine was the problem. This helped shape the narrative for me. I testified before Congress and began to write about this problem.

More recently, when I spoke with former peace negotiators, there was quiet resignation among them as well that they had allowed this problem to fester. The idea was: Let’s just get the deal done. But in the process, they were not necessarily ensuring that a future Palestinian state would be a viable one. There was very little attention devoted to that.

Q:  You ask, “Is the Palestinian Authority…an efficient, transparent, or financially viable authority that is prepared to function as a government for the Palestinian people,” and your answer is no. Is that because of the reasons you’ve just cited, or do you see other reasons too?

A: We have failed to stress that as a deliverable. We’re not asking for performance. We’re just asking them to sign on the dotted line.

Also, the cornerstone of the Palestinian Authority is the PLO, which has never been a transparent organization. It was founded as a terrorist organization, it never submitted year-end reports to Ernst & Young. Terrorist organizations are secretive by nature. Their decision-making is opaque. Their leadership is not geared toward streamlining bureaucracy, but rather toward populism, and destruction in many cases.

It all started out on the wrong foot. The PLO, a longtime terror group, became the P.A. The P.A. was therefore immediately operating at a disadvantage. There were efforts to reform and help shape it, but it was secondary or even lower than that when it came to our priorities in the U.S. It’s not what we emphasized. We emphasized getting a diplomatic deal done 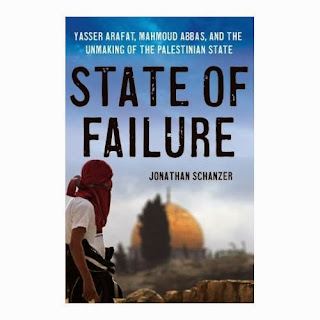 Q: What would the Palestinian government have to do to be more effective, in your opinion?

A: First, one very obvious thing is that the Palestinians have been a house divided, including over the existence of Israel. It’s a primary issue that needs to be settled.  I’m, of course, referring the internecine conflict between the PLO and Hamas.

Next, they need to focus on governance.  It’s unexciting, and it’s not sexy, but the Palestinians need to cultivate a political system where the press is allowed fully to investigate and criticize their own government. They also need a fair judicial system that is completely independent of the executive.

The thing I hear constantly is you can’t ask the Palestinians to do this while under occupation. My answer is that following through on these things is probably the greatest weapon they have to change Israeli policy. If they can demonstrate that they are prepared for statehood, it’s virtually impossible for the Israelis to challenge these aspirations.

The government now is dogged by reports of waste, nepotism, abuse of power. It’s difficult to imagine the Israelis saying, “Let’s give this a shot.”

Look at what the early Israelis did before the creation of the state. They were under the British Mandate; yet they had a functioning interim government.  The Yishuv bureaucracy was respected.

Fayyad, in his attempts to transform Palestinian society, was sometimes called the Palestinian Ben Gurion. He understood the Yishuv model. Fayyad is the protagonist in my book. And now he’s been undermined by Mahmoud Abbas.

First, the Hamas split is undeniable. It’s a fact that you’ve got Hamas controlling Gaza and the West Bank is under a separate government. That in itself makes it difficult to see a two-state solution. That’s a three-state solution. No one wants to talk about it here in Washington.

Then, in the West Bank, it’s a question of whether Abbas is the rightful leader. His is a repressive government not allowing for political participation. There are no elections in sight. Why do we negotiate with him if he’s not going to be recognized as a legitimate leader? The same with the Palestinian parliament. 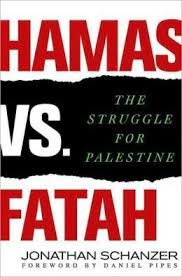 The bottom line: we are looking at a very dysfunctional and fractured Palestinian political system that does not appear to be prepared to declare statehood, and yet this is what we’re negotiating for.

Even if it doesn’t happen by the bilateral process under the direction of Secretary of State John Kerry, we’ll almost certainly see the Palestinians returning to the U.N., to the member agencies at the U.N., gaining recognition and leverage there.

At the U.N., they are not addressing the question of whether the Palestinians are prepared for governance. These are uncomfortable questions to ask.

I still would like to see a Palestinian state side by side with Israel. But the question is: can it emerge with the ability to function properly? I have many doubts.

Q: How important is Yasser Arafat’s legacy today as far as the Palestinian government is concerned?

A: It’s hugely important. There would not be a P.A. without Arafat. However, he ran it the way he ran the PLO -- highly centralized, where a great many decisions were made by a select few, with little transparency, and a huge amount of corruption.

His legacy is not only that the P.A. was dysfunctional and corrupt, but also that it descended into war and chaos with Israel when he elected not to continue with diplomacy with Israel, but instead launched the second intifada.

He’s still very popular to this day, but his legacy is one of disaster. The Palestinians are not prepared for statehood as a result.

Mahmoud Abbas inherited this mess. He began to fix it. For example, he had Fayyad come in. But Abbas presided over the split with the Hamas faction. Since that time, Abbas has effectively relinquished a program of transparency.  He reminds me of Arafat with a tie. He’s not interested in allowing political participation. There are monkey trials of corruption; he’s gone after his political rivals. It’s not the kind of state I think has a good chance of success. 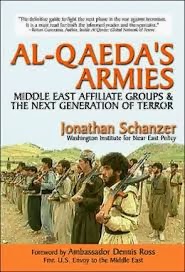 Q: What impact did the Arab Spring have on the Palestinians?

A: It’s history that’s not yet written. I look at the Palestinians now, and they look like other regimes that have fallen during the Arab Spring, the ones that were autocratic and corrupt.

The U.S. policy during the Arab Spring was calling for the end of the rule of multiple dictators, autocratic regimes, other governments deemed to not be inclusive. Yet there is continuing support for and endorsing a Palestinian state led by another government that looks a heck of a lot like those. It exposes the inconsistency of U.S. foreign policy. The idea here is to simply get the peace process done.

Q: What is the future for the Israelis and the Palestinians and the peace process, in your opinion?

More important is what happens when the Palestinians go back to the U.N. and campaign to join the member agencies and to launch a delegitimization campaign against Israel. They will largely get the support they are looking for from the member states. It will create massive problems for the U.S. We have a law prohibiting funding these agencies if the PLO joins and is not a state yet; our policy is to cut off funding. The Palestinians could make a mess of U.S foreign policy come springtime.

A: The Palestinians don’t like it when people like me ask these questions. You can talk about allegations of terrorism, and you never see them push back as hard as when you talk about financial issues and mismanagement. It’s hitting on an issue that clearly strikes a nerve. That’s point number one.