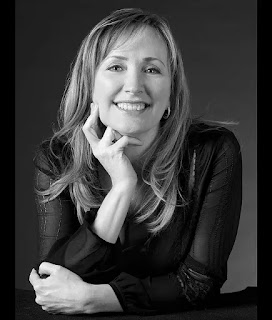 Sofía Segovia is the author of the novel The Murmur of Bees, now available in English. Her other books include Noche de huracán. She was born in Monterrey, Mexico.

Q: You write of The Murmur of Bees, "This is a novel inspired by the true story of a town in the citrus-growing region of northern Mexico." Can you say more about how that story inspired the book?

A: I think it’s important to remember, and it was amazing to me that people in the region didn’t remember, that our famous citrus region came to be because of war and as response to the whims of politicians that endangered life as our ancestors knew it.

With that in mind, I wrote The Murmur of Bees, but I’m a novelist, not a historian. I did want to show the before and after, but in a way that would be more comprehensible, because sometimes—as in this case—reality is stranger than fiction. Better to see the bees as the true precursors of the change than a crooked politician. 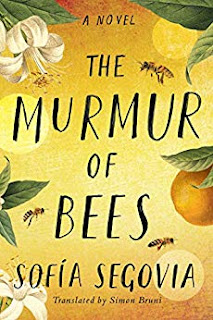 Q: What did you see as the right blend between the historical and the fictional as you wrote the novel?

A: The research for this novel was extensive, but not traditional. That’s how I found the Spanish Influenza and Bayer aspirins.

But I definitely didn’t want to rewrite the historical fact book. I wanted to write about the human experience and the human condition of going through and trying to survive a supposedly very well-known war (the Mexican Revolution), and not about the “usual heroes or perpetrators.”

I wanted to write about people who needed aspirin, love and reassurance; people so common we could recognize ourselves in them or in their families, with their needs, their regrets and with what drives them.

That is never found in history books, so that’s where the fiction had to start. Fiction to understand more, to feel more. So this novel is a weave with some vertical lines to keep the story moving and real, but with many more to give it color and depth and wonder. 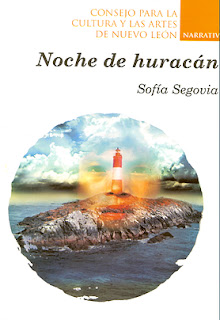 A: I let myself wander about a lot, to see what I found along the way. I like to do my research as I write. In that way, I let some random historical fact feed the imagination and thus the story. I didn’t set out to go into the Spanish flu, for example, because it’s not typically—or ever—part of what is officially told about in the Revolution.

A: Simonopio’s view of the world, first. And a different Mexican story. The one some are telling right now is unfair and incomplete.

A: My first non-fiction book. Oh, how difficult it is when one’s characters have to say what they said in real life!