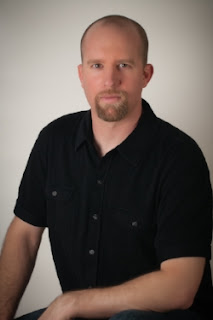 Brian Andrews is the author of the novel Reset. His other books include Tier One and The Calypso Directive. He is a U.S. Navy veteran and nuclear engineer.

Q: How did you come up with the idea for Reset?

A: Well, I was in the bath one day…no, no, just kidding. In fact, unlike some of my other novels Reset was not born from one particular germ of an idea. It is instead an amalgam of several themes that are of either interest or concern to me.

These include the 6th Extinction, climate change, Artificial Intelligence, and mind control. Reset was my attempt to incorporate all these elements into a single story that paid homage to the “tin-foil” hat conspiracies that I grew up loving on The X-Files.

A: One of the novel’s lead characters is a Missiler named Willie Barnes who as a young man worked in an Atlas-F ballistic missile complex for the Air Force. Later in life, he becomes a “Prepper” and purchases the very missile silo where he worked. He converts the silo into a Doomsday bunker complete with aquaponics, water reclamation, air filtration and defensive countermeasures. 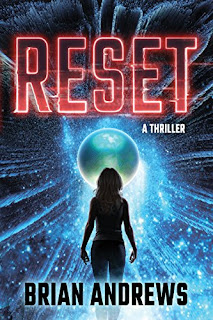 I was a submarine officer during my time in the U.S. Navy, so I am intimately familiar with living in a confined, self-sustaining environment, but I knew nothing about missile silos. The last Atlas-F silos were decommissioned in the 1960s so the information available about them is sparse. Thankfully, I was able to get my hands on an old operations and maintenance manual and find pictures online of silos that had been purchased by real life preppers.

Then I needed to research aquaponics and figure out how to integrate that into the architecture of the silo.

In addition, I spent considerable time researching something called “transcranial magnetic stimulation,” or TMS, which is a real technology in its infancy. The idea with TMS is that when you expose the brain to an oscillating magnetic field, you can induce small electrical currents in the neural pathways thereby stimulating unsolicited thoughts, emotions and motor function commands in the subject—aka mind control!

A: I desperately hope readers can set aside partisan preconceptions and really consider that “we,” meaning all of humanity (and the flora and fauna we share this planet with) live inside a microcosm. What I mean by that is that our home, our planet, is a captive environment with a constrained atmosphere and natural resources. Earth is a microcosm, just a very big one. 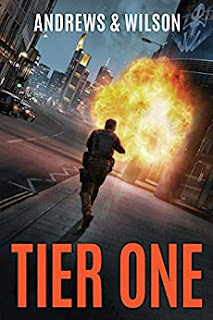 This concept is a paradigm shift for most people because the human psyche evolved to address problems in the immediate future happening in the immediate vicinity. As hunters and gathers living in small groups, relocation has been the default strategy when resources in a particular region became exhausted.

There are nearly 8 billion of us now, so relocation is no longer the solution. We must not let the planet become a “tragedy of the commons.” Ecological stewardship is our only option.

In researching the book, I dug into other non-fiction work and published articles on the 6th Extinction and climate change. The public discourse on climate change is so heated and divisive, but I don’t think anyone can argue with the statement that our species is having a profound impact on the ecological health and diversity of the planet.

There is a massive garbage gyre larger than the size of Texas floating in the Pacific. Conservationists are tracking and documenting the decline in thousands of species numbers and the extinctions are happening in real time. There are more statues of lions in the world than lions. There are more students in my local community college than tigers in existence.

I make these points because our animal brethren are not biologically equipped to deal with rate of change to their ecosystems. In my humble opinion, the Earth needs us to collectively make a shift from being consumers to stewards. 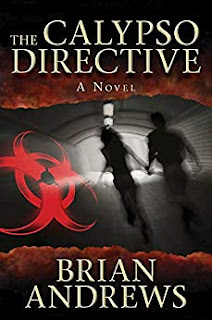 A: My Tier One co-author Jeffrey Wilson, of course, tops the list. In the military thriller genre, I just read a great debut coming out soon by Don Bentley. Mark Greaney and Josh Hood are two of my other favorites.

In science fiction, I think Adrian Tchaikovsky is doing interesting work along with Dennis E. Taylor and Martha Wells. Gosh, I also like Mark Alpert’s work, Andrew Gross, Nick Harkaway and Peter Clines…there are just so many phenomenal authors in so many genres that I read, I could just go on and on.

A: I just finished two coauthored books with Jeff Wilson. The first is Book 5 in the Tier One series, titled Red Specter. This fifth installment has John Dempsey facing off against a Russian threat and comes out November of 2019.

The second book is a big concept thriller titled The Sandbox about a former Army CID investigator, Valerie Marks, turned homicide detective. In that story, Detective Marks is tasked with investigating a bizarre murder in which an Artificial Intelligence is a suspect.

As far as in development stuff, I have two near future science fiction projects in the works—a sequel to Reset and another untitled augmented reality espionage thriller.

--Interview with Deborah Kalb. Here's a previous Q&A with Brian Andrews.
Deborah Kalb at 7:13 AM
Share