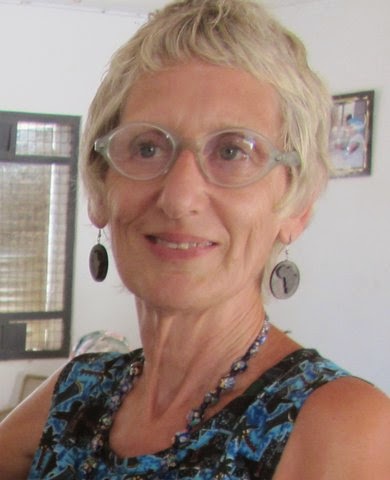 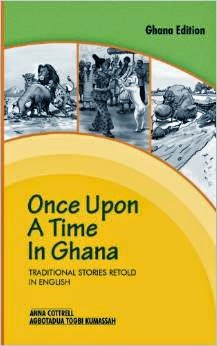 Visiting one of the villages, Anyako, I saw two boys lifting a bottle out of the lagoon. Togbi told me that the boys were fishing. If there was a fish trapped inside, then the boys had a decent meal for the day and if not, then all they had was a bowl of hunger appeasing carbohydrate.
Then I knew what I had to do. I had to use the stories in such a way that they could benefit these people who had shared their ancient wisdom with me.  No longer would these people, always portrayed in our media as the recipients of our handouts, be reliant upon the vagaries of fortune. I determined that they should receive a fair return for their art, just as an artist, a musician, a sculptor has a market for what his creation.
Togbi Kumassah listened to many of the recordings and gave me the meanings of the stories while I scribbled frantically the day before returning to England in May 2007.
Arriving home, I began the recreation process and was able to have the first book published on September 1, 2007, presenting the very first copy to an Ewe chief in London as the UK Ewe population was holding a big celebration in London and this chief had been specially invited.
For me it was a thrilling moment as I returned the stories to the Ewe people of Ghana, something I had promised them I would do.
Q: What was the writing process like as you recreated the stories?
A: Exhilarating and daunting. Exhilarating to be given this wonderful opportunity to share the stories but daunting to think that I could so easily throw away the opportunity by not properly understanding their wisdom, their moral values, the insight they give into the thinking of a society.
How could I give a timeless feel to the stories? How could I invite readers to enter a world outside recorded memory? How could I persuade readers to willingly suspend disbelief, especially when I was targeting a Western audience with Western sensibilities which are often worlds away from the African sensibility.
Would I let the storytellers down? Would I reduce the tales to humdrum banalities? Would I lose the grit? Only time would tell and so I followed my sense of what worked for me, frequently spending considerable time searching for the “mot juste.”
Q: How did you select the stories to include?
A: I was very aware that oral stories are not normally categorised in any way.  There is no such thing as a story for adults, for teenagers, for boys, etc., but I needed to find a way of structuring the book and so I did indeed categorise the stories in to children’s stories, Ayiyi (the spider) stories, morality stories, etc.  Having made these distinctions, I needed to make sure that I had enough stories to justify the designation of a category.
Furthermore, having taken the stories from four locations in the Volta Region I was anxious to include stories from each of these and to have an approximately even spread between the four. It was important to me not to appear to favour any one source.
Q: You write that profits from the book are being returned to the storytellers and their communities. What has the impact been?
A: The impact has been considerable. I will give the example of my very recent visit to Have Domefe, one of the storytelling communities. In 2008 I gave them money with which they bought land and on which they planted moringa, every part of which can be used; the leaves as a herbal infusion with medicinal properties, the seeds as we use paracetomol, the bark as animal feed.  In 2010 I gave them more money which they used to buy plastic chairs which are hired out for functions such as funerals.
When I visited in March this year I took money for a poly tank and concrete base as, with the proceeds from the moringa and the chairs, the storytellers had saved enough money to pay for fresh piped water to be brought from the main road to their village.
The frequent power cuts mean that the water does not always flow so the poly tank will be kept full and used to provide water at these times. Moreover, the storytellers will make money from the water as it will be sold at a reasonable rate to the other villagers. So here we have the perfect example of self-managed projects which generate income to feed further projects.
Q: What are you working on now?
A: I am currently working on a continuation of last year’s project which was to build a lagoon  defence wall round a primary school in Anyako. The wall will prevent water from entering the school compound as the lagoon rises during the rainy season. The water quickly becomes filthy, carrying all sorts of infections which the children pick up as they wade through in order to get to class.
Q: Anything else we should know?
A: Maybe you might be interested to know how I raise the money for the projects. All proceeds from the sale of the UK book go to the projects. The book is sold through the UK publisher, Troubador Publishing Ltd., and the book has also sold in a number of London bookshops in response to demand from Ghanaians living in London.
I raise money by giving talks, telling stories and, along with friends, holding fund raising concerts of music and storytelling. The book is also on sale at all these events. A composer friend of mine, Kenneth Ian Hytch, has just written the music to accompany one of the stories, The Catfish and the Birds, and we shall be giving its premiere performance on June 29. I have built up a loyal band of followers, including a Norwich Rotary group, all of whom are very generous in their annual support of all the projects.
--Interview with Deborah Kalb
Deborah Kalb at 9:13 AM
Share