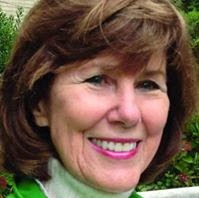 Q: The story you tell in The Daring Ladies of Lowell is based in part on a trial that took place in 1833. How did you blend the real figures from the trial with your own fictional characters, and what did you find to be the right balance?

A: Inviting back to the witness stand some of the real people who testified at that trial – and putting their testimony into my story – made that long-ago event come alive for me.

In fiction, of course, the story rules. It can be tempting to stay too long with real figures, and it was important not to do that.

But there was no way to improve on some of the actual words of, for example, the poor farmer who found the mill girl’s body. Or the prosecuting attorney who fought for justice. You just have to know when your fictional characters start tugging at you, saying, hey, get back here into our story.

Q: What type of research did you do to write this novel, and was there anything you found especially surprising or interesting as you conducted your research?

A: I ran across a book called The Lowell Offering in a bookstore one day, and became fascinated with the writing – the poetry, stories, essays – that these young women poured forth – especially when I learned they worked 13 hours a day in the early cotton mills of this country.  The stories they told! 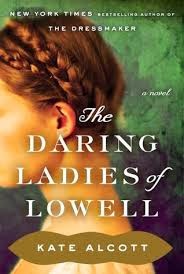 Next I went up to the national park in Lowell, Massachusetts, to visit the place where they lived and worked. Walking through one of the boarding houses and visiting a still-working weaving room, I found myself imagining their routines as they ran up the stairs to operate their looms. I thought of the independence they gloried in, and the price many of them paid for that independence in broken health.

I went home and read all I could. I stared at the pictures of these women – some smiling, arms around their friends; others with their fists in the air, vainly crying for better working conditions.

And then I read about the tragic death of one of them, a girl named Sarah Cornell. Although many of the facts are different for the character I created – Lovey Cornell – this death became the core of my story.

Q: You've said that the main character in your novel The Dressmaker was inspired by your mother. Did anyone in particular inspire you to create Alice, the protagonist in The Daring Ladies of Lowell?

A: Actually, I did think again of my mother, who worked as a factory girl in a lumber mill in Canada when she first came from Ireland. I went back there with her once and it was so cool to be there to hear her memories of that time pour out. 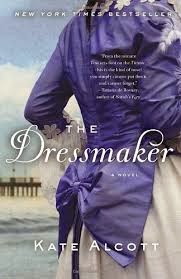 But there is no single model for Alice. I tried to imagine a determined young woman with plans for a larger life than living and working on a farm – how she might reach out for it, what might happen.

Q: Religion plays a big part in the story. What was the dynamic between the mill owners and local religious leaders at the time of the trial?

A: The reputations of the early industrialists – and their ability to draw cheap female labor from the farms of New England – depended in large part on offering a safe, respectable environment for the young women to live and work.

They had to protect that reputation, and they wanted a guilty verdict against the man put on trial for Cornell’s death – who happened to be a Methodist minister.

The Methodists – themselves somewhat doubtful of their more evangelical fringe, fought to exonerate the accused man. They paid a price, both during and after the trial.  Local hostility was strong.

A: I’m writing a book on Old Hollywood, built around the making of the movie Gone With the Wind.  I’m having a great deal of fun with this, especially since my husband, Frank Mankiewicz, (whose father wrote Citizen Kane) has told me some wonderful stories which are quite likely to end up in this novel.

A: Hmmm…I think these questions about cover it.  I hope your readers enjoy my Daring Ladies!

--Interview with Deborah Kalb. An earlier Q&A with Kate Alcott can be found here.
Deborah Kalb at 7:29 AM
Share