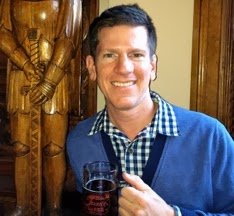 Garrett Peck is the author of the new book Capital Beer: A Heady History of Brewing in Washington, D.C. His other books include Prohibition in Washington, D.C., The Potomac River, and The Smithsonian Castle and the Seneca Quarry. He lives in Arlington, Virginia.

Q: Why did you decide to write a history of brewing in Washington, D.C.?

A: It had never been done before! No one had ever written a comprehensive history of brewing in Washington, D.C., so Capital Beer is a first.

The book is actually a sequel of sorts. In 2011, I published Prohibition in Washington, D.C.: How Dry We Weren’t, which looked at how the noble experiment unraveled in the nation’s capital. I included in that book a chapter called “The Bottom of the Barrel,” which examined the impact of Prohibition on the brewers.

Capital Beer is a major expansion of our brewing history, as it goes all the way back to 1770 with the start of brewing, continues through the Civil War and Gilded Age as beer became an industrial product, charts the impact of Prohibition on brewing, and looks at the new generation of craft brewers who have carried beer forward in recent years. 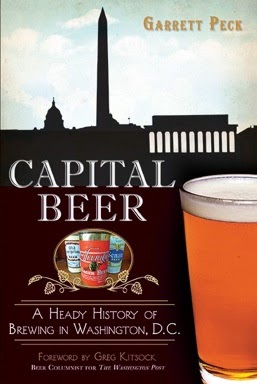 A: A number of things proved to be wonderful surprises in researching Capital Beer. I was surprised at how early commercial brewing started in the Washington area (1770 in Alexandria, to be exact).

It was cool finding the very first image of a D.C. brewery - you can see it in an 1833 painting called City of Washington by George Cooke - then pinpointing the exact site of that brewery, the Washington Brewery at Navy Yard.

(I wrote up a report about that brewery site, which you can freely download  off the GWU Gelman Library server. It’s got lots of images, original newspaper articles, and historic maps.)

I discovered how beer exploded in demand once German immigrants in the 1850s introduced lager, a perfect antidote to D.C.’s sultry summers, and looked into who was the first to brew lager in D.C. (I’m not telling! You have to read the book to find the answer.)

And looked into the role of women in brewing - from its earliest days as a cottage industry, to the city’s first female brewer, Katherine Dentz in the 1870s, to women brewers today. It’s definitely not a man’s business, though beer has long been thought as a manly drink.

Lastly, I was amazed at how much history I was able to uncover, including images from our brewing past. The book has 90 images altogether, many of them in color. 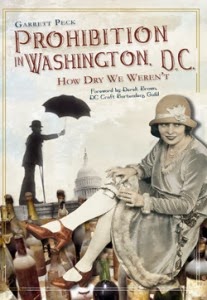 What wasn’t such a wonderful surprise was to see how the demand for locally-produced beer fizzled in the D.C. market after Prohibition ended.

Our last brewery, the Christian Heurich Brewing Company, closed in 1956. After that, we went without a production brewery for 55 years.

Since 2011, craft brewing has nearly exploded in the D.C. area, and bars have a much wider array of local beers on tap. It’s grand to see the resurrection of local beer - and to see how much residents have embraced it.

Q: What are some of your favorite craft beers?

- Great Lakes Brewing’s Dortmunder Gold is an astonishingly good lager. I can’t say enough good things about it, only that it’s almost always in my fridge.
- Bell’s Two Hearted Ale. Another staple that’s in my fridge. It’s hoppier than most ales (outside of the pale ale and India pale ale category).
- 3 Stars Brewing has a delicious, heart-warming brown ale called Southern Belle that will make you wish that winter would last forever.
- District ChopHouse’s Bourbon Stout. You read that right. Bourbon. Stout. It’s good for what ails ya.
- Gordon Biersch has a lovely Schwarzbier, a dark lager that you don’t find very often outside of Germany.
- Schlafly's Kölsch. A crisp, light German ale that you might mistake for a lager…or a cream ale.
- Port City’s Derecho Common. It’s a seasonal beer, meaning that they don’t make it very often, and it has a great story behind it from the June 2012 derecho (a devastating thunderstorm) that hit Washington. Plus it’s yummy.
- Orval - the Belgian Trappist brewery. I could drink that everyday if it wasn’t so expensive! 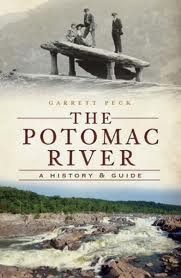 I should add that my suds sipping changes with the seasons. In winter I like richer, comforting beers like porter; in summer, lighter beers.

And also…taste is subjective. What I like isn’t necessarily what you like, and that’s just fine. We have an amazing array of choices to sip from. There’s truly never been a better time in human history to be a beer drinker than right now. Drink what you like!

Q: How does Washington, D.C.'s brewing history compare with that of some other large cities?

A: Washingtonians can stand tall. Our brewing history goes back to 1770, earlier than many other cities. We have an extensive, rich history in brewing, and lager beer was absolutely essential to surviving a hot summer here. (In fact, I’d argue that it still is.)

We’ve witnessed the modern revival of craft brewing in Washington, and many think that it is somehow something new, when in fact we’ve been brewing here for centuries.

True, we had a 55-year gap after Heurich closed in 1956, and we didn’t get our first production brewery in the city until 2011. During those dark decades many forget that Washington once had a strong legacy of brewing. 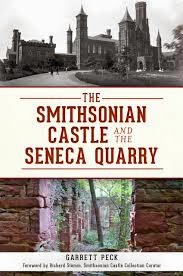 Many other cities - such as Baltimore or Philadelphia just up the road - got production craft breweries in the 1980s, but Washington missed that boat. Still we’ve made huge progress in a very short period of time, and we have a wide swath of brewers we can be proud of.

A: I’m working on a history of Walt Whitman in Washington, D.C. He was the poet laureate of the Civil War, volunteered for two years as a one-man USO to help hospitalized soldiers, got hired as a federal clerk, and composed poems that would finally put him on the literary map during his decade in the nation’s capital (1862-1873). I’m hoping to have the book out by spring 2015.

Whitman’s partner, Peter Doyle, was in Ford’s Theatre and witnessed Lincoln’s assassination. Next year, 2015, is the 150th anniversary of Lincoln’s death and the end of the Civil War.

A: I’m giving a wide variety of talks, tours and beer tastings throughout spring 2014 - and probably beyond. I post all of them on the Events page on my website. Come have a beer with me and get your book signed!

--Interview with Deborah Kalb. A previous Q&A with Garrett Peck can be found here.