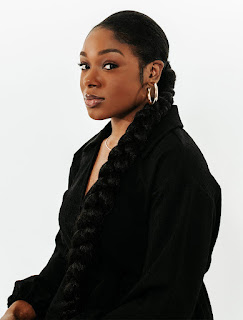 Alexis V. Jackson is the author of the new poetry collection My Sisters' Country. Her work has appeared in a variety of publications, including Jubilat and The Amistad. She lectures in the University of San Diego's English department.

Q: Over how long a period did you write the poems in your new collection, and how did you decide on the order in which they would appear?

A: These poems include pieces composed between 2016 and 2019. Most of them written during my MFA, but one of my anchor pieces, the zuihitsu, was written prior to the program start.

The order was worked and reworked. My MFA thesis order was organized by me, my thesis professor, and my classmates, and then reordered with the fabulous editors at Kore.

I knew that I wanted to invite the reader in with more traditional verse that clearly communicated the world of the collection, and I know I wanted to have the longer pieces work as anchors.

The more "daring" pieces are met toward the end of the collection, but there is a type of story arc, a clear Genesis and Revelation if you will.

Q: Writer Yona Harvey said of the book, "From Gwendolyn Brooks to June Jordan to the Book of Genesis, Jackson's debut poetry sizzles and samples with mischief. It's gutbucket, daredevil, Double Dutch, next-generation sass." What do you think of that description?

A: I quite enjoy it, am flattered by it, and feel it's accurate. The thing I heard most regarding my work from many readers was that it was "ambitious." It's polyvocal and nostalgic and playing with and breaking and creating form.

I think the length of the poems, coupled with all that I'm able to place in conversation with one another in a single poem, and how exclusive and particular the text is can feel "bold" and "daredevil" like.

But Mark Doty is quoted as saying, "The project of poetry, in a way, is to raise language to such a level that it can convey the precise nature of subjective experience." I think the precision makes the pieces universal, leading the reader to feel what it means, even if it's not about them. At least I hope.

But the strange thing for me is that I feel the work is in clear conversation with the tradition of Black poetry in America. In that way, it speaks from all of its influences, and were they not all considered "ambitious?"

A: The title prior to this was one I didn't love, and Dr. Joshua Bennett and Lynn Melnick suggested that I take a look at my poem lines and titles, and see what stuck.

"My Sisters' Country" felt most true to what the project of the book was and is. The book is about constructing identity from and within the words of Black women because that's all I had when setting myself upright. 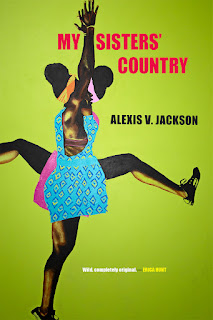 I think it's important to discuss two things first: 1) There's a tradition in African American literature of doing theology, often times understanding and picturing a God that loves on Black folk or rejecting a God that doesn't is done in Black literature. From hymns like Freedom to Stagolee to Goodbye Christ to Clifton and Morrison and Baldwin.

In this text Perry wrote, “Post world war II cognitive psychology research on field dependence showed how individuals locate the upright in a space. In one study, subjects were placed in a crooked room, and then asked to align themselves vertically. Some perceived themselves as straight only in relation to their surroundings. To the researchers’ surprise, some people could be tilted by as much as 35 degrees and report that they were perfectly straight, simply because they were aligned with images that were equally tilted. But not everyone did this: some managed to get themselves more or less upright regardless of how crooked the surrounding images were. When they confront race and gender stereotypes, black women are standing in a crooked room, and they have to figure out which way is up.”

For these reasons, the title signifies 1) I am my sisters' country and my sisters' are mine. As the words of Black women are outlined in this text, because red was too expensive to print, I am the product of their proverbs, they are my scripture and I am theirs. Being deemed countryless property at one time, I find my home and rights and identity in and to and with them and their words.

2) It signifies the love and care that is the beauty of this for me. Understanding everything through a lens of sisterhood, having a sense of duty and connection. And in learning myself through the words of the Black women poets and writers who knew I'd need them without knowing my name--I become them for someone else, at least that's the hope.

Q: Can you say more about what you hope readers take away from the collection?

A: Perhaps I touched on this above, but I hope readers walk away reminded of language's power. How it excludes and includes.

I also hope that readers see all that's possible in poetry. Being led into the very real world of this collection, exploring loss and beauty with song, lyric, and poetic form, I hope readers see and experience something new and simply don't leave out the same way they came in.

A: I'm working on an essay on Personae poetry and its connection to the spiritual for Black poets by comparing Ai and Lucille Clifton. I'm extremely excited about it, just making the time to finish it.

I'm also working on a series of poems that explore sainthood and Black women. One of my great aunts, whom I've never met, was denied nunhood because of the color of her skin. My grandmother and her sisters told this story often, and they believe it broke her as her death was untimely.

I thought of her and the Black Madonna, and Josephine Margaret Bakhita, and wanted to pay homage to them. I'm still not sure how it'll all come together, but I'm writing them and letting the poems lead me.

A: Just that I'm grateful for the opportunity to share my work and excited to have conversation with folk about it. The work's life out in the world is the thing I'm most interested in observing as a first-time poetry book author. And I can't wait to hear what folk have to say about it.