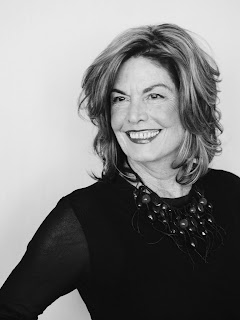 Marlena Fiol is the author, with Ed O'Connor, of the new book Called. It is based on the lives of her parents, John and Clara Schmidt. Fiol also has written the memoir Nothing Bad Between Us.

Q: Why did you decide to write this book based on the lives of your parents?

A: It’s an inspirational story worth telling, one we believe our broken world longs for today. It honors and publicizes the extraordinary lives of two visionary medical pioneers in the wilds of Paraguay, South America, persevering in the face of seemingly insurmountable barriers.

Our intention in writing the book was to entertain and provoke, not unlike what T.C. Boyle accomplished with The Tortilla Curtain, a captivating story that invites serious reflections on intractable social issues.

In a similar vein, Called is a fast-paced adventure story set against the backdrop of World War II, Nazi uprisings, political unrest in Argentina and Paraguay, and the scourge and stigma of leprosy left untreated.


Q: How did you research the book, and did you learn anything surprising?


A: We spent over seven years collecting and organizing the 740 written documents and interviews that provide the basis for this true story. The research took us to Paraguay and Argentina, and to numerous archives and libraries around the United States and Canada. 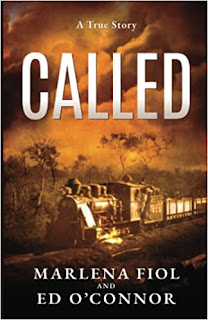 The public lives of our protagonists have been well documented – no surprises there. But it was truly a privilege to come to know my parents deeply through their extensive personal diaries, journals, and memoirs, which my mother gave us, asking that we write about their lives. I suspect very few people get to know their parents as well as I have.

Q: What did you see as the right balance between your roles as daughter and author as you worked on the book?

A: That balance has shifted. In 2020, I published my memoir, Nothing Bad Between Us: A Mennonite Missionary’s Daughter Finds Healing in Her Brokenness, an intimate, first-person coming-of-age story about the stormy relationship between my father and me, and our journey toward forgiveness and reconciliation. That is primarily a daughter’s story.

By contrast, Called tells the story of Dr. John and Clara Schmidt as a sweeping, multi-character epic tale. It is not a daughter’s story, and my role as researcher and author became primary.


Q: How did the two of you collaborate on the project?

A: In our prior careers in business consulting and academia, Ed and I collaborated for numerous decades as researchers, authors, and public speakers. In this latest book project, it went something like this:
- Ed took the lead on pulling together and organizing the research documents.
- I wrote the first drafts.

- We fought about it, and eventually always found compromises that we both loved.

It has always been important to Ed’s and my relationship that we work on something meaningful together, and this project has indeed been meaningful. In writing this story, we were often brought to tears. For us, that is its own reward.

A: We are working on a collection of linked stories that are outtakes from our current book, vignettes so outrageous they would have been distracting in Called.

They are stand-alone stories, with all the intensity that the short form entails, but featuring recurring characters, settings, and themes such that the book adds up to something more meaningful and inspirational than the power of its component pieces.

A: Deborah, thank you very much for reading Called and for sharing it with your readers.