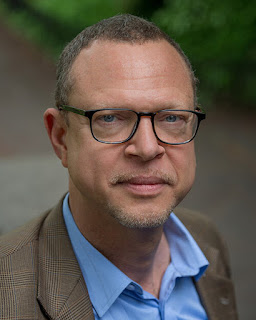 Howard W. French is the author of the new book Born in Blackness: Africa, Africans, and the Making of the Modern World, 1471 to the Second World War. His other books include Everything Under the Heavens. He is a professor of journalism at Columbia University and a former New York Times bureau chief in West and Central Africa, the Caribbean and Central America, Tokyo, and Shanghai. He lives in New York City.

Q: You write, “Although often obscure, most of what is written here does not consist of freshly discovered information...Rather, silent and piecemeal, the facts that I relate have been silenced or repeatedly swept into dark corners.” How would you describe most depictions of Africa's role in creating the modern world?

A: This question can only be answered well in stages.

1/For the first section of my book, which concerns the beginnings of the so-called Age of Discovery, the standard narrative in the West has always written Africa completely out of the picture.

European maritime exploration in the 15th century is written about almost entirely as a matter of seeking sea routes to Asia. When mentioned at all, Africa is presented as a place of no inherent interest; a geographical obstacle merely to be circumnavigated.

This is wrong in all of the particulars. Fired by accounts of the pilgrimage of an emperor of Mali in the 14th century who traveled 3,500 miles overland to Cairo and Mecca on pilgrimage carrying 18 tons of pure gold, the Portuguese resolved to find the source of this wealth and initiate trade with Africans.

When they finally discovered that gold was available in prodigious quantities in what is now modern-day Ghana, they fought a major sea battle against the Spanish to secure a monopoly on the trade, and did not make a significant push to reach India for another three decades.

It was Portugal's sudden wealth in gold acquired in Africa that convinced Spain to fund Columbus's famous voyages to the Americas. The Spanish had previously turned him down.

2/Standard histories of the early modern age have long emphasized the tremendous windfall that Spain acquired through conquest in the Americas.

We are all familiar with the stories of their defeat of the Aztec and Incas and other Native American civilizations, and the shipment of immense amounts of silver and gold back to Spain or to China, in exchange for silk, porcelain and tea, etc.

In fact, in place after place, the profits realized from sugar plantations that brutally exploited enslaved African laborers exceeded the wealth in precious metals that the Spanish extracted from the Americas.

This was true in Brazil in the era of the Spanish conquistadors, when Portuguese sugar plantations were far more lucrative. And it was true for the British as they grew sugar via labor of hundreds of thousands of slaves put to work in tiny Barbados, whose surface area is one-third the size of Los Angeles.

Jamaica was even more profitable for the British. And French Saint-Domingue, which later became Haiti, was the richest colony in human history, entirely on the basis of exploited African labor. 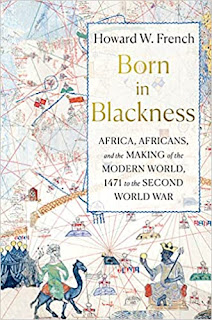 3/The role of the wealth created on these islands has been written out of the story of Europe's great divergence in wealth and power compared to other parts of the world, and yet it was central to Europe's takeoff.

The huge boost in calories that came from the availability of cheap, refined sugar for the first time ever utterly changed the European diet, radically boosted worker productivity, and together with another slave-grown product, coffee, made possible the birth of the coffee shop in the mid-17th century in England, and out of the spread of coffee shops came the birth of the newspaper, which played a vital role in the democratization of society. All of this came from the work of Africans.

4/Armies of enslaved Africans in the French colony of Saint-Domingue defeated the three greatest imperial powers of the age, Spain, Britain, and France, and their victory in what became known as the Haitian Revolution was the first full realization of the ideals of the Enlightenment, whose most fundamental principle was equality for all.

Haiti abolished slavery and racial discrimination decades before the United States would, and its independence forced Napoleon to sell the Louisiana Purchase to the young U.S., making this country a continental power for the first time, and opening up the Mississippi Valley for cultivation of cotton through the exploitation, once again, of slaves.

In the 19th century prior to the Civil War, cotton was by far the country's most valuable export, and cotton was the essential product sine qua non of the Industrial Revolution. All of these events unfolded from the victory of Africans who freed themselves from slavery in Haiti.

Q: How did you research your book, and did you learn anything that especially surprised you?

A: I spent 10 years researching this book, and I drew on a huge amount of scholarly work and archival material, including accounts by the Portuguese written contemporaneously of their experiences trading for gold or slaves in Africa beginning in the 15th century.

I was surprised to learn that the tiny island of Sao Tome, a former Portuguese colony off Central Africa, was the place where the slave plantation model and the kind of chattel slavery that would become widespread in the "New World" first took shape.

These, I argue, were the most important economic events of the modern age at least until the Industrial Revolution.

Q: The New York Times review of the book, by Nigel Cliff, says, "Born in Blackness is filled with pain, but also with pride: pride at the endurance of oppressed millions, at the many slave uprisings and rebellions culminating in the Haitian revolution, which defeated ‘the idea of Black slavery itself,’ and in the cultural riches of the African diaspora." What do you think of that description?

A: I did not think of these rebellions as points of pride in any personal way. I think it is normal that Africans would have resisted a system as abysmal as chattel slavery over and over again, and in fact they did.

What is strange to me is how little emphasis this resistance has received in traditional accounts of this era. There is even a myth of the supposedly happy slave, which is basically nothing more than the articulation of contempt for Black people.

As I show in my book, even an esteemed recent American Librarian of Congress, Daniel Boorstin, was somehow able to write in a high school textbook that slavery really wasn't necessarily so bad for its victims.

Q: How did your experience as a journalist in Africa affect your writing of this book?

A: While incorporating an enormous amount of research, I tried as much as possible to make this a reader-friendly book that is deliberately accessible to a general public. Wherever I could, I drew on the techniques of journalism, especially in crafting narratives and creating a sense of place, in order to do so.

A: Born in Blackness ends with the Second World War, which appears in its subtitle. I'm in the early stages of a new project looking at major changes in the Atlantic World in the decades that followed that war, foremost among them decolonization in Africa.

A: The past is inexhaustible in its richness and complexity, and there is nothing like an appreciation for history for making better citizens and freer and more careful thinkers of all of us.