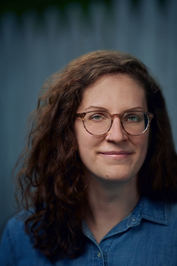 Jennifer Nissley is the author of the new young adult novel The Mythic Koda Rose. She lives in Queens.

Q: What inspired you to write The Mythic Koda Rose, and how did you create your character Koda?

A: The first seed for this book was planted several years ago, when I read a Rolling Stone interview with Kurt Cobain's daughter, Frances Bean Cobain, who had just turned 18.

What struck me about the interview was how relatively self-possessed she seemed, and how confidently she articulated her relationship to her father's legacy. Immediately, my oppositional writer's brain wanted to know what it might look and feel like for the kid of a dead, famous person to not feel so sure about her place.

As for Koda, she came to me like most of my characters do -- by falling onto the page all at once! I do almost zero planning or outlining when I write, so discovering her as she discovered herself was one of the greatest pleasures of the book for me. 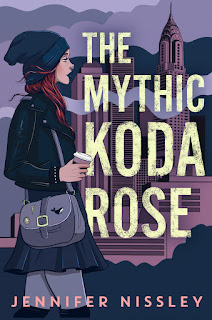 Q: How would you describe the relationship between Koda and Sadie, another character in the novel?

A: Messy! Koda and Sadie just happen to converge at a time of tremendous vulnerability for both of them. But of course, with a collision that intense, wires can and do cross.

Is Koda in love with Sadie? Definitely! And Sadie, I think, cares deeply for Koda. Maybe even loves her. But how much of that love is genuine, and how much of it is for a ghost, was one of the most challenging lines I've ever had to walk as a writer.

A: Setting is crucial. As a reader, I have a hard time inhabiting a novel if the setting is not fully realized, and as a writer I tend to operate the same way. Plus, I live in NYC, so getting to describe this city in all of its wild, smelly glory was a perfect excuse for day trips.

Both of the projects I'm currently working on take place in the suburbs, but I still want readers to feel like they're there -- even if that means describing a beetle-infested rhododendron hedge in excruciating detail.

A: It's weird, because when I first embarked on writing this book I wasn't thinking about fame at all! But by imagining myself into Koda's skin, I started to understand how truly obfuscating fame is.

More than that, though, I'm just so over the ways our culture still insists on glamorizing mental illness, especially when the mentally ill person happens to be famous. Koda's father, Mack, is celebrated for being a "tortured genius." But imagine what he could have accomplished if he'd gotten the support he needed.

A: Two projects that I'm absolutely in love with! The first I'm not sure I can talk about in much detail yet, other than to say it's a queer platonic rom-com.

The second is probably most accurately described as speculative fiction, about a boy who accidentally discovers he can be in two different places at once. I've never tried writing a novel that is not strictly contemporary, so it's been a blast to explore, if not extremely daunting.

A: Sure! You can follow me on IG @jennifer.nissley and Twitter @JENissley88. Social media terrifies me (I'm just so shy online) but I love to hear from readers. Or just to share book recommendations