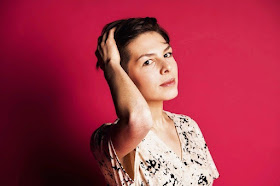 Amy Russo is the author of the new book Women of the White House: The Illustrated Story of the First Ladies of the United States of America. She is a city reporter for The Providence Journal, and she lives in Providence, Rhode Island.

Q: What inspired you to write Women of the White House?

A: There is currently a severe lack of literature in the field of first lady scholarship. Historian Betty Boyd Caroli’s First Ladies appears to be the first truly comprehensive work examining each of their lives in depth, and it was first published in 1987.

That’s not too long ago, so we have much left to learn about these women and much more to contribute to the body of work that explores their lives.

Q: How did you research the first ladies, and did you learn anything that especially surprised you? 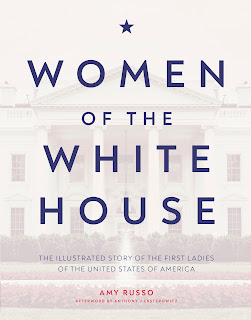 A: My research relied heavily on primary and secondary sources, including first ladies’ memoirs, letters written by first ladies and their families, newspaper reports from various eras, historical accounts from those who lived during those eras and existing scholarship in the field.

The thing that most surprised me -- which truly should not come as a surprise at all -- is that many of these women were relatable, everyday people who were simply navigating a job for which they had never signed up. That realization made them more human and ultimately more interesting. I hope readers feel the same.

A: Eleanor Roosevelt is a favorite. Eleanor was, as we all know, such a champion of the disenfranchised. She advocated for women, people of color and laborers, all while penning a nationally syndicated newspaper column, delivering radio broadcasts and so much more. I still don’t understand how she fit it all into the daylight hours.

Betty Ford is another favorite. Candid, tough and real, she used her breast cancer diagnosis to urge other women to get screenings early on in her first ladyship, and she later turned her struggle against drug and alcohol addiction into a means to help others by opening the famous Betty Ford Center. It’s anyone’s guess how many lives she saved through both efforts.

Q: In the book’s afterword, you ask, “What will it take to elect the first female president of the United States”? How would you answer that?

A: We’ve taken a step forward with Doug Emhoff, the first second gentleman in the nation’s history. But whether that means we will see a first first gentleman soon, I’m not sure.

If we are to elect a woman to the West Wing, America needs to be ready and willing to push a female candidate to her victory, rather than to a cabinet position. It’s also a matter of recognizing the value of women in leadership and the importance of representation that reflects the population rather than just one half of it.

A: No books currently, though I’d love to write another in the future. As of now, I’m working as a city reporter in Rhode Island at The Providence Journal, where I cover local leaders, crime and policing, business, and on occasion other topics.

A: First ladies hold more power than we might realize. Of course there were women who did not use the role politically, and kept more to its traditional hostessing duties, but others were confidantes to presidents, champions of humanitarian causes and lobbyists for legislation.

Though the role remains ceremonial rather than official, the capacity it has to influence the shape of history should not be underestimated.