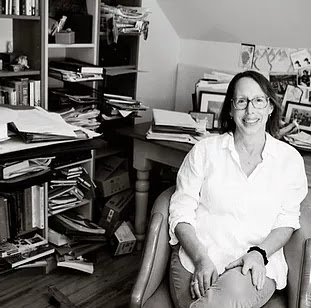 Jamie Harrison is the author of the new novel The Center of Everything. Her other books include the novel The Widow Nash. She lives in Montana.

Q: What inspired you to write The Center of Everything, and how did you come up with the idea for your character Polly?

A: Polly came from three separate stories I worked on over the years, and couldn’t quite leave behind.

One was a story about two children and magic in the ‘60s on Long Island, and one was about a young cook in New York, seducing two suitors with food and making a choice. The last was the thread that ended up holding the novel together, the character of Polly, who’s trying to survive a summer with a head injury and a drowned friend.

I’d been working through an idea for a mystery; I live two blocks from the Yellowstone River in Montana, and the drumbeat of the search helicopter, the way it paces your day, with hope and then dread, took over. The idea that each story could be about the same character surprised me. 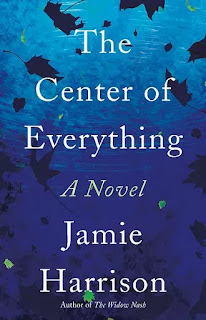 A: I worked very hard on a couple of plot twists; I hope the Kirkus comment means those twists worked, and came off as something organic rather than manipulative!

I did try to get the pattern of the novel (rather than the plot of the novel) to echo Polly’s mind after her accident, as well as her mind as an 8-year-old.

A: We had a hard time settling on a title, and I still think of the book as “Polly.” But it comes from the line “Good mothers, good mothers were rarities, the center of everything.” My editor loved it, and my editor is almost always right.

But really it signifies whatever protector—father, grandmother, friend—gets you through childhood in one piece.

A: Maybe the idea that we really are our memories. Maybe a reminder of how much children notice and understand, and how when life is hard we have to remember that it’s also the only loveliness available to us.

A: I thought it would be relaxing and fun to go back to writing mysteries—my first four novels were a series about a character named Jules Clement, and Counterpoint Press is slated to reissue them—and instead I’m losing my mind, Polly-style.

Lists and sticky notes everywhere, while I try to balance the story with believability and violence and humor.

A: We edited a section out of this book that will become part of a third linked novel (with my previous book, The Widow Nash) about this same family, much of it set in Los Angeles in the ‘20s.