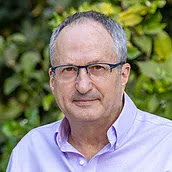 Emanuel Rosen is the author of the new memoir If Anyone Calls, Tell Them I Died. It focuses on the impact of the Holocaust on his family. His other books include Absolute Value. Born in Israel, he worked as an executive in Silicon Valley, and he lives in Menlo Park, California.

Q: Why did you decide to write this memoir, and how long did it take you to write it?

A: I decided to write it 10 years after my mother died. I found letters my grandparents had sent her from a trip they took to Germany in 1956 which ended tragically with the death of my grandfather.

My mother had told me about the suicide, but I realized the letters might have the key to why. I had someone translate the letters from German, I went to Germany, and I retraced the journey.

I started this in 2003, and wrote a version in Hebrew. It was a very different book. I sent it to family in Israel and people corrected things. I had two other business books I wrote, and then a couple of years ago I came back to this project.

A: Growing up, almost nothing. I knew the basics—that my grandfather was a lawyer, that was a source of pride in the family. They came to Israel, then Palestine, in 1933.

I didn’t know about the suicide. I knew very little. In the early years, very little was discussed of the Holocaust in Israel. When I was in fifth grade, I would say, no, I didn’t connect the Holocaust to my family. 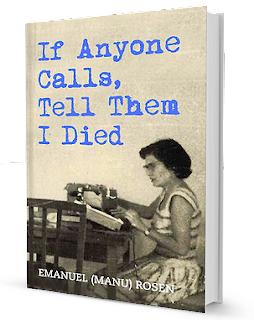 A: The early version was called something like Insult and Happiness, representing my grandmother, who was overall a happy person, and my grandfather, who was hurt deeply by their uprooting.

With this version, I started with The Partners. The partnership was between my mother and her father, the dream of being partners in a firm in Germany.

But I never wanted to write the book as too dark—there’s no way to avoid that when writing about such subjects, but I wanted to inject some light.

It was something my mother would say. It’s something that has other meanings—it’s a book about suicide—but there’s also a connection to funny things she and her mother had.

A: I started by translating the letter. Then I read books about the period. I knew quite a lot about the Holocaust, but there were things I didn’t know about the Yekke [German-speaking Jewish people] community in Israel, and the different personalities in the community.

There was a folder of information about the lawsuit my mother instituted [in Germany]—I had to hire a translator again. It was a very thick folder, with psychological and legal terms.

And the trip itself—I visited archives, but it was mainly to be there, to imagine [my grandparents] being there. It was not the same as when they visited in 1956, but it gave me some ideas.

Q: What do you think your family’s story says about the impact of the Holocaust on several generations?

A: It certainly demonstrates that even among people who were the lucky ones, who managed to leave Germany in 1933, it still had a big effect on them—uprooting, guilt, shattered dreams. Uprooting had deadly consequences for my grandfather.

My mother felt guilty about both these things, and she had shattered dreams. She had a dream of becoming a lawyer. That never materialized, though she did work in the law field. She helped people get restitution from Germany.

For my generation, it’s hard to assess that. They shielded us. There was a debate over what we should know. I don’t see myself being especially affected by the Holocaust. I’m interested in it, and I want people to know how it affected millions of people all over the world.

A: The ones who looked at the early version are no longer with us. These were people from my mom’s generation. My family now, my age group, they love the book. I’m much happier with this version. It’s more accessible, and it’s in English.

A: With the pandemic, I started working on a book about the tension between telling the whole truth and self-control. There’s a term in Hebrew, you just say everything in someone’s face, and on the other hand, there is political correctness.

It’s very interesting—it started as a play in Hebrew. I think it will be a work of fiction. I’ve put it on hold the past few months—I’m giving this book a chance to reach people.