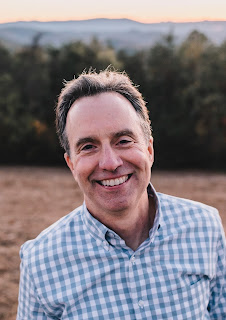 Tim Wendel is the author of the new novel Escape from Castro's Cuba, a sequel to his novel Castro's Curveball. He is a founding editor of USA Today Baseball Weekly, and is a writer in residence at Johns Hopkins University.

Q: Why did you decide to write this sequel to Castro’s Curveball?

A: In early 2017, I made my fourth trip to Havana, and my wife accompanied me for the first time. As we were walking across the tarmac, toward customs, a Cuban plainclothesman fell in alongside me. While I didn’t tell him my name, he soon asked, “What brings you back to Cuba, Senor Wendel?” Even before I cleared customs, the powers that be there knew I had returned.

That began a memorable, sometimes edgy trip in which we spoke with sports officials, folks at the U.S. Embassy, avant-garde artists and jazz musicians. Once again, I was reminded that every time that you think you know Cuba, it will turn those perceptions upside-down in a heartbeat. By the time we returned home, I was writing the sequel.

Q: Did you know how this novel would end before you started writing it, or did you make many changes along the way? 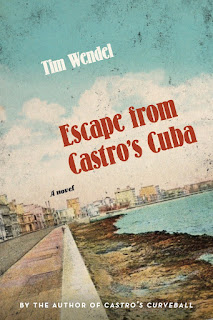 A: I usually have a closing scene or kind of where I want the characters to end up in mind. But how we reach that closing scene? I often don’t have a clue, and I believe it’s important to listen to your characters in reaching that point.

I write fiction and nonfiction, and with both I’ll interview my main players. That may seem a bit odd with fiction. After all these are imaginary beings, even when they may be composites. Still, I’ll interview them, sometimes talking to them out loud.

Frankly, it’s a great way to be left alone if you desperate for some writing time. Friends, family will just think you’re acting a touch strange again.

A: Sometimes you’re researching and you don’t realize it. That’s what happened with Escape. On that last trip to the island, the architecture in Havana was as stunning as ever, the kids were still playing baseball in the streets and many of the top players dream about playing the game in the U.S. major leagues.

But what’s changed is how the best ballplayers are leaving the island now. Few, if any, are escaping by raft across the Florida Straits. Instead, they are making deals with crime syndicates, probably from Mexico, and being spirited off the island on cigarette boats.

In doing so, though, one dangerous situation has been traded for another. One is certainly rolling the dice on a raft in shark-infested waters between Havana and the Florida Keys. Yet in being taken off the island by speedboat, these players need to cut deals with some unsavory characters.

In doing so, they are putting themselves and even their families in serious jeopardy. That became the backdrop for the new novel.

A: I believe they’ll entertained by the exploits of Billy Bryan, his family and friends, in dealing with the ghosts, real and imagined, that populate Cuba.

As you can tell, Havana got under my skin long ago, going back to my first trip there in 1991. In the old part of town, hard by the deep-water harbor that dates back to the Spanish conquistadors, the setting is known as the “city of columns.” Cuban novelist Alejo Carpentier coined the phrase and that part of town is adorned with these beautiful, white marble columns. It’s a stunning sight.

But the phrase is really a nod to this world’s uncertainty, intrigue and danger. If you’re on the sidewalk, for example, it’s sometimes difficult to fully understand what’s going on out on the street, and vice versa. One is never sure what lies around the next corner in Havana, and that’s something that has captivated writers from Graham Greene to Elmore Leonard to Rachel Kushner.

A: I love star-crossed places and lands. Cuba is certainly one of those. A realm filled with what-ifs and heartbreak.

So is the borderland between Western New York and Canada, north of Niagara Falls. I grew up there and I’m writing a novel based during the Civil War when this almost became another front in that bloody struggle.

During that time period, the region was filled with espionage and cross-purposes, including such rich characters as Fanny Seward and John Wilkes Booth. Much of this is based upon the historical record and if we had gone to war with Great Britain during the 1860s, our nation’s borders could look far different today.

A: Of course, the COVID pandemic has been difficult for everyone. That said, I’m heartened by how book sales are up and many indie bookstores are finding ways to weather the storm. We’re in the need of great stories and memorable characters like never before.