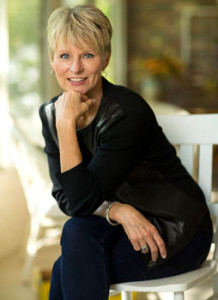 Judith L. Pearson is the author of the new book From Shadows to Life: A Biography of the Cancer Survivorship Movement. Her other books include The Wolves at the Door. A cancer survivor, she is based in Phoenix, Arizona.

Q: You write that you "want every cancer survivor to appreciate how the survivorship movement has changed our collective lives." What impact has the movement had on you personally as a cancer survivor, and why did you decide to write this book?

A: In 2021, it’s difficult to imagine the level of medical discrimination that occurred with regard to cancer.

We now know that it isn’t contagious, and although the medical community knew contagion wasn’t a factor prior to the movement launch in 1986, the myth persisted in some circles until the end of the 20th century.

Had it not been for the survivorship movement working to dispel that myth, I would be much less likely to be talking about my own survivorship. And in that scenario, I probably would not have written this book.

My enthusiasm for the project came as a result of discovering the intrepid group of ordinary people who came together, ultimately founding the National Coalition for Cancer Survivorship (NCCS). 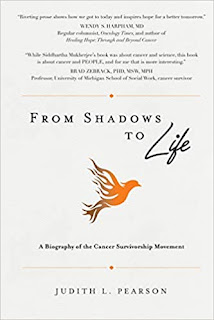 Q: What are some of the most common perceptions and misperceptions about surviving cancer?

A: How much time do you have! Absolutely the number one misperception is that once treatment is over, a person will return to exactly the same as they were pre-cancer.

Even if you took away scars, missing body parts, and physical challenges as a result of harsh treatments, there is a host of other issues facing survivors. Those might include poor self-image, loss of relationships and fertility, fear of recurrence, financial toxicity and PTSD from the entire saga.

But equally interesting is that many survivors (myself included) find healing in helping. That was certainly the goal of the NCCS founders.

A: I write biographies in a narrative nonfiction style. In other words, I want readers to know the subjects of my books, and feel as though they’re living through the subjects’ experiences too.

This is a group biography, following the stories of several individuals. Interviews are an important vehicle, but for those who have died, finding their words in print is essential.

To that end, I scour libraries and archives. I have a subscription to a newspaper database that allows me to see not only what people said, but what other things were going on around them on any particular day. I guess I wear the title “Research Junkie” proudly!

Q: What do you see looking ahead for the survivorship movement?

A: We’ve come a long way in the 50 years since President Richard Nixon signed the National Cancer Act, and declared war on cancer. His $1.3 billion pledge for research has – happily – resulted in more survivors. But much work remains for the survivorship movement.

Lung cancer survivors (the vast majority of whom never smoked) still face the stigma that they caused their cancer. In rural communities and in cultures removed from the cable and internet highways, isolation still exists for all the issues I listed above.

And just as we’ve kept vigil for those quarantined because of COVID, we need to remember to check in with cancer survivors who are unable to be social.

A: I’m beginning research on the story of a most remarkable woman. Imagine the crossroad of science and high society; and then picture Meryl Streep playing the part in the movie version (as I do in my dreams). Stay tuned for more details.

A: One of the blurbers for my book described From Shadows to Life as history, biography, science, intrigue, and drama, all wrapped into one.

He went on to say that the 2010 Pulitzer Prize-winning book Emperor of All Maladies was about cancer and science. From Shadows to Life, he said, is about cancer and people. I love that description because it’s exactly what I felt as I was researching and writing.