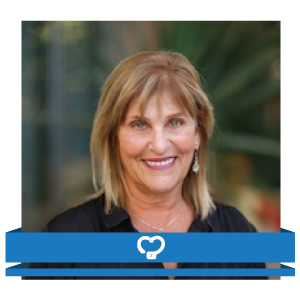 Amy Friedman is the co-founder of POPS the Club, a group focusing on children of people in prison. POPS publishes anthologies of writing and art by its members; this year's anthology is called Dream Catchers.

Q: What inspired you to create POPS and how did this anthology come about?

A: In 1992, while working as a newspaper columnist, I was visiting a medium security penitentiary, to do a series of columns on prison. During the course of my research, I met, fell in love with and ultimately married a man who was in prison, and I helped to raise his two young daughters who moved in with me not long after we married.

Obviously, this is a longer story (that warranted its own memoir, Desperado’s Wife), but the short version is that I learned first-hand the stigma and shaming families of the incarcerated experience. Most profound was the impact on the girls.

I believe strongly that we are only as sick as our secrets; as a writing teacher, I had seen how healing it could be for students to untangle the web of their own stories, and to write them.

But by the ages of 8 and 12 my girls had been so stigmatized, they felt the only way to protect themselves was to lie, and hide; that led to still more pain.

Their father and I divorced after seven years of marriage, but the girls of course are still my daughters, and years after we divorced, I remarried a man who is a high school teacher, and we began to talk about wishing there were a way we could help kids like my girls—the one in 14 children in the United States who has a parent who is or has been incarcerated.

Again it’s a long story, but it was the girls, and my husband’s students who inspired us to create the first club for these youth—a club where kids who had experienced the Pain of the Prison System, POPS (a name that was selected by the first club we launched at Venice High School in Los Angeles), could have a safe space, would come to understand they were not “the only ones,” could share their stories, and release some of the burden of those secrets they carried. Because we are both writers, we began also providing writing prompts. 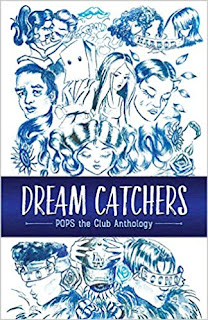 The first two girls who walked into the room on the first day of the first club meeting (February 2013), were both 10th graders. They had been friends since kindergarten. But the one secret they had not shared with each other—it turned out they both had fathers who were in prison.

When we saw the relief on their faces, and the hug they gave each other, we decided to apply for nonprofit status and begin the work of bringing POPS to schools across the country.

From the very beginning we also decided not to focus on the creative arts (in addition, today clubs feature guest speakers, mindfulness exercises, conversation, sharing lunch), but we would publish the work these young people create because they possess important wisdom and understanding that everyone deserves to know.

This nearly invisible and too-long silent population deserves a voice, and as a country addicted to incarceration, we need to hear those voices.

Q: How were the pieces selected for the anthology?

A: POPS clubs are now in 19 schools in five states, and each student who is a member of a club (and any graduate as well) is invited to submit work throughout the year if they wish to see it published in the anthology; this isn’t slapdash, however.

Club leaders (trained volunteers who are teachers and teaching artists) work with the kids throughout the year, giving feedback, helping them to hone their work and to select what they’d like to submit. We accept all submissions and work with students through the editing process.

Q: What impact do you see POPS having on kids with relatives in prison?

A: The impact we have seen—and measured—has been profound, from inspiring kids who were ready to drop out to stay in school, graduate and go on to college and university or to good jobs. Depression lifts. Many call POPS “family,” and their isolation is diminished.

It’s also inspired kids to leave gangs, to trade violence for art-making, to connect more closely with their families, their peers, and the larger community.

And we’ve seen an impact on the schools themselves, an increased empathy and understanding from teachers and administrators, and opportunities for them to provide these young people with more support.

We also see the astonishing pride they feel in the work they have created and their ability to share that work with others.

One young man who graduated called three years later to ask a favor of us. It turned out he had, after graduation, endured a period of homelessness, living out of his car.

But he had overcome the challenges, gotten a good job that he loved, found an apartment and moved in. Still, he said, while he was living in his car, that car was broken into and everything was stolen.

We anticipated a request for financial help, but he looked sheepishly up at us and said, “And my POPS anthology was stolen. I was sort of wondering if I could get another one. That day I read my poem in front of the class changed everything for me...and that book means everything.”

A: It’s my hope that the book will inspire readers to see and understand the world teenagers inhabit—will recognize how wise they can be, and how funny, and how prescient and truthful.

And teenage readers will recognize themselves, and we hope be inspired to turn their attention from screens to books and the power of the literary and visual arts.

A: Despite school closures, POPS clubs have continued to meet (via Zoom), and the students continue to create. Our eighth anthology (the Covid stories) is in the works, and will be published in 2022.

A: We welcome anyone’s feedback and welcome all questions. People can learn more about Pops the Club at our website (www.popsclubs.org) and at outofthewoodspress.com. Questions welcome to info@popsclubs.org.