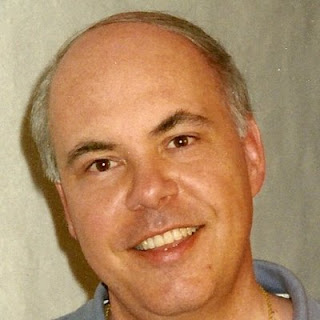 Greg Fields is the author of the new novel Through the Waters and the Wild. His other books include the novel Arc of the Comet. He is based in Virginia.

Q: This is your second novel featuring your character Conor Finnegan. Why did you decide to write about him again?

A: Conor’s story clearly was not finished at the conclusion of Arc of the Comet. But then, none of our stories are ever really finished. As intelligent, sensitive, reactive creatures, we continue to learn and to grow by absorbing what’s around us – the conditions of our life and the people in it.

That process never stops, and it’s what unites us.

I saw Conor as a highly flawed character – filled with hubris, somewhat naïve, self-absorbed to an extent – but that made him all the more complex because he also carried some very positive traits, including intelligence, compassion, and a lingering idealism.

Conor’s evolution through loss, confusion, and despondence mirrors the human condition. And so I wanted to continue the examination, to see how Conor might reconstruct himself. In so doing, I was examining my own life. 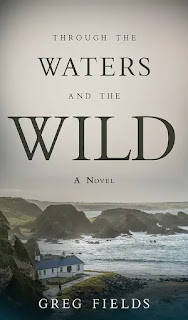 A: Yeats’s poem The Stolen Child inspired the title:

To the waters and the wild

With a faery, hand in hand.

For the world’s more full of weeping

Than you can understand.

We live in loss, exiled from our true character and buffeted by the winds of others’ expectations and obligations. A certain strength is required somehow to cross these wilds and enter a more peaceful harbor. The title is a recognition of the inevitability of heartbreak, and a call to summon the courage to surmount it.

Q: Your website says you were inspired by the writers Niall Williams, Colm Toibin, and Pat Conroy. How did each of them influence you?

A: Pat Conroy has been my strongest influence in both style and approach. I first read Prince of Tides in absolute wonder that a writer could explore such intense themes with language that was almost musical, that dipped and soared and danced.

As I was writing Arc of the Comet, Pat gave a lecture at a local literary club. My wife surprised me with tickets to the event, and to the VIP reception afterward. I knew none of the 50 or so people at the reception, so I made my way to the hors d’oeuvres table. As I did so, I felt a hand on my shoulder, and when I turned, Pat was there, smiling. “We’ve not met. I’m Pat Conroy.”

For whatever reason, he sensed a connection, and we spent the next 20 minutes or so talking one to one as the rest of the guests circled around wondering about the clown monopolizing the guest of honor.

But it was Pat’s call, and I remember clearly his interest. We shared the same literary influences, some of the same experiences, and even the same birthday.

When I told him I was writing a novel he grew serious, then asked me if I could recite any of it. I cited the first few lines of the prologue, after which Pat said he would like to read it and that, if it were as good as he thought it might be, he’d offer a jacket quote for it.

We corresponded, he offered advice regarding substance and approach, and remained through the crafting of it a constant beacon. Sadly, he passed from pancreatic cancer shortly before the novel’s completion. My work ever since has been a reflection of his inspiration, his generosity, and his passion for the highest incarnations of the written word.

Niall Williams, the great and very humble novelist whom I’ve considered the Irish Pat Conroy, has since been quite helpful, offering encouragement in the development of Through the Waters and the Wild.

I once told Pat that on my best day I couldn’t approach what he could accomplish on his worst, and I feel the same about Niall’s bold, lyrical writing. We’ve agreed to spend some time together the next time I’m in Ireland.

Colm Toibin joins with a host of other writers, too numerous to list, whose passion for and commitment to stylistic, intense storytelling continues to light a path.

They employ various styles – Hemingway, Updike, Thomas Wolfe, Matthew Thomas, Garth Stein, and so on – but each has something a writer can absorb and from which he or she can learn. I’m forever grateful to each of them, and to anyone, really, who has the courage to pursue the craft.

A: I felt this book had to be more structured and more tightly written than my first novel, so I started with a general outline.

I knew, too, that I wanted to examine the theme of exile, and that the best way to do that might be to relate Conor Finnegan’s struggles to those of his grandfather, Liam, who left Ireland during the Irish Civil War of the early 1920s.

Each needed to show a resolve to change the overwhelming stresses that pressed down upon them and distorted who they were and who they wanted to be. So it began with a telling of the two stories, which could rather easily be linked.

The challenge was finding a way for Conor to emulate Liam’s amazing courage and find his own safe haven. All my chapter outlines proved to be more suggestions than directions. I realized I had to let the story evolve its own direction, and that I needed to trust my understanding of Conor’s character to lead the way to the end. Conor did not let me down.

A: I’ve written a handful of scenes that will help comprise the next novel. While Conor’s story will continue, I think I want to focus on another character, one with different experiences, a different background, and a different approach to the world around her.

I do know that this next book will continue to examine what I believe to be the central questions we all must address – Where shall I go now? What shall I do?

A: We are our stories. We tell them to stay alive or keep alive those who only live now in the telling – Niall Williams

Especially now, as an already fast-paced world copes with social uncertainties, violence, and a raging pandemic, we need our stories to remind us of our shared humanity.

We cannot overcome the challenges we face – either collectively as a pluralistic society, or personally as thinking individuals looking to carve out our own harbors in a complex word – without the realization that what we share is far deeper than what drives us apart.

Our stories, in all their styles and genres, do this, and we need to draw from them now, more than ever.

We all have our stories, and these stories can feed the hungriest of souls.