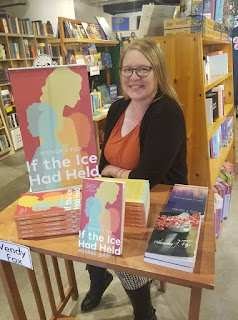 Wendy J. Fox is the author of the novel If the Ice Had Held. She also has written The Seven Stages of Anger and Other Stories and The Pull of It. She lives in Denver.

Q: How did you come up with the idea for If the Ice Had Held, and for your cast of characters?

A: If the Ice Had Held came into being when a coworker of mine passed away. I started thinking a lot about how this was not someone who I knew particularly well, but who I saw every day, and who the people put into your life via human resources decisions are.

This is also a question that held some interest for me anyway, because I met my husband at work—if hiring managers had made some different decisions, I wonder, where would we all be today?

I was also thinking a lot about the structure of work, in particular email and instant messaging, and how in modern offices, especially with open office plans, the evidence shows that people talk face to face less often, because they are concerned about being disruptive to their peers.

For some time, I sat close enough to my team in an office that I could touch them if I stretched a bit, but we sat there and emailed, so it became this question of 1) who are these people and 2) what are the structures we interact with daily that create distance between humans, even when we are in close physical proximity. 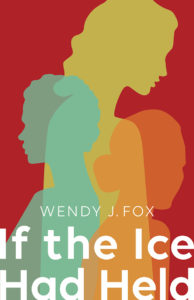 Before Ice, I had written a book of short stories (The Seven Stages of Anger and Other Stories), and then a novel (The Pull of It), and there were characters in the short-stories who I felt like I hadn’t spent enough time with.

All of this was swirling around when my coworker died and I started writing an essay about him. I never did anything with the essay, but there are a couple of fictionalized moments from that experience that made it into If the Ice Had Held, and that experience certainly was the catalyst.

Q: The story is told from various points of view, at different time periods. Did you write the novel in the order in which it appears, or did you move the chapters around as you wrote?

A: I wrote the book more or less in chronological sections once I really got started on it, but it wasn’t tracking and it read really slowly. It was also not cohering as a larger work. I ripped the book apart to follow different lines of tension--the past and the present, and then the main character (Melanie) and the secondary characters.

A: Thank you for asking this! Titles are really, really hard for me. This book was once titled “Advice for Telling Secrets,” which is an okay title, maybe, but it was not the right title for this book—and the manuscript was somewhat different under that title. 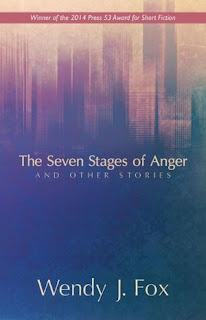 If the Ice Had Held is supposed to be resonant of the central tension of the novel. There’s no spoiler alert here; in the first chapter (which is only a page long), the ice does not hold, and a young man drowns.

What it signifies for me is how manuscripts change, and hopefully grow, over time in the run up to publication.

Q: The book takes place primarily in Colorado--how important is setting to you in your writing?

A: Place is extremely important to me. I’ve lived in the Western U.S. for most of my life, and that informs much of my work. The West, I feel, has a kind of expansiveness, and there’s also the tendency of Westerners to spend a lot of time outside. Ice is not an outdoorsy book, but it shares the constant attention to weather and concerns about wildfire that folks who live in Western states have.

It’s also hard to know if I would feel differently about this if I had come from or chosen to live somewhere else. We don’t decide where we are born, and we don’t get to decide how it impacts us. 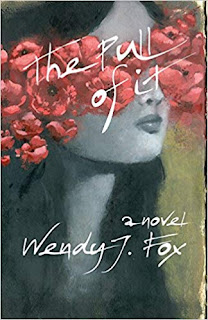 A: I have a book of short stories forthcoming from Santa Fe Writers Project, and I’m really thrilled to have another book with this press. I just turned in, but the book, which is as of yet, lacking a title, is slated for a spring 2021 release.

I also have another novel in the works, that I think is about climate change and gun violence. Ask me about the novel in another year—it might be very different.

A: Since you asked, I want to give a shout out to all the writers who are toiling with their manuscripts and working toward publication and who are sometimes really struggling.

From the time I finished my MFA, which I am not suggesting is a preferred path, but it was my path, to getting a very slim debut short-story collection into print, it was 13 years. That seemed like so much time to me, then, as each year ticked along.

When I got the news of my first book, people would ask me if I was excited and I would say “yes” but what I really meant was “No! I’m relieved! I’m relieved that I am no longer a writer without a book!” That was half a decade ago, but it still feels very present, that feeling of not being sure if what I was working on would turn out to be anything.

Probably most writers have some version of this fear, and what I have come to understand is that writing and publishing are two very different things. I wish I would have figured that out sooner.

All that said, it’s worth it to keep pushing on characters, writing your obsessions, and killing your darlings.