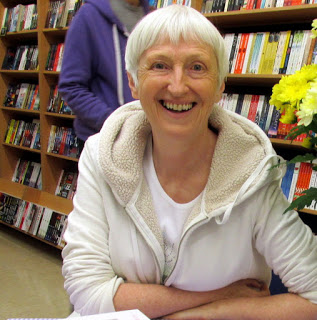 Felicity Hayes-McCoy is the author of the new novel The Mistletoe Matchmaker, the third in her Finfarran series, which also includes The Library at the Edge of the World and Summer at the Garden Cafe. Also an actress, she lives in London and on the west coast of Ireland.

Q: The Mistletoe Matchmaker is the third of your Finfarran novels. How did you come up with the idea for this book in the series?

A: Each of the Finfarran novels works as a stand-alone, as well as progressing the series. Because of their rural setting on a fictional peninsula on the west coast of Ireland, they always involve an element of seasonality. 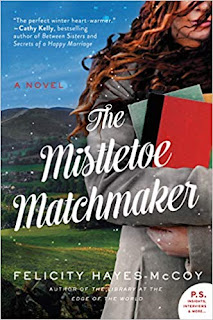 With The Mistletoe Matchmaker I wanted to write a winter book, and to delve deeper into the story of Pat Fitzgerald and her husband Ger, who’d appeared in the background of the previous novels.

A: I don’t think they’ve changed, but they’ve certainly developed. One of the joys of writing a series is that you find out more about characters you’ve created by putting them in new situations or giving them new relationships.

In The Mistletoe Matchmaker I bring Pat’s granddaughter Cassie, who’s in her 20s, over from Canada, which, as well as allowing new insights into Pat’s character, provides a new viewpoint on Finfarran. 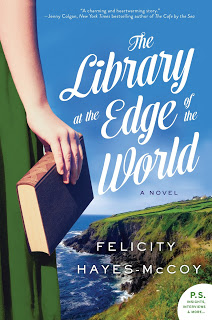 A: It’s vital. I think individuals and communities are shaped by their physical surroundings as much as their experiences, so setting matters when it comes to creating both story and characters.

And, in my opinion, if an author can’t see what’s happening in a story, as if (s)he’s watching a film, then the reader won’t be drawn in and feel part of it. 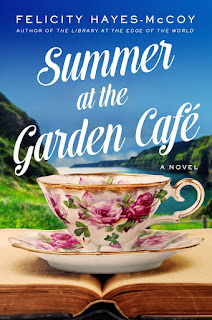 A: I’m a chart freak! Before typing a word, I’ll hand-draw a large chart, with a box for each chapter, and plot my central storylines across it. It comes with me wherever I travel, and hangs on the wall beside me as I write.

As a book progresses, I’ll fill in more detail and do lots of crossing out. It also involves coloured dots and symbols.

I wrote about it once, in nerdy detail, on my blog, and was amazed that so many readers found it interesting.
Q: What are you working on now?

A: The next Finfarran novel.

A: I’m also a social media freak. I think it’s brilliant, both as a way of interacting with readers and a source of creativity. Perhaps because Hanna, the central character in the Finfarran series, is a librarian, it also seems to have sneaked into my storylines.

In The Mistletoe Matchmaker, Pat learns to use Facebook on the library’s computers, to keep in touch with her family. It’s a vital lifeline because she’s never had a real relationship with her grandkids before Cassie turns up unexpectedly for the holidays.