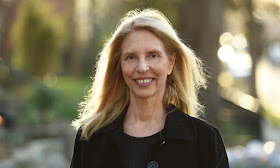 Nadine Epstein is the editor of the new book Elie Wiesel: An Extraordinary Life and Legacy, She is the editor-in-chief and CEO of Moment magazine, and her work has appeared in a variety of publications, including The New York Times and The Washington Post.

Q: Why did you decide to compile and edit this book about Elie Wiesel?

A: I went to his funeral in New York, and I thought, I need to do something. I travel a lot, and I talk to people, and in the big world out there are a lot of people who haven’t heard of who he is, or they just know his name. Even in the Jewish world not everybody knows that much about him. I thought it important that he not be forgotten.

When I first met him in 2004-2005, I went to see him in Boston, and my heart was beating so fast. I knew him from reading Night, I knew him as a teenager [in the book]. He grew to be so much more. That voice informed everything he became. He overcame so much suffering. He had a much larger message of combating suffering around the world, and that’s important today.

Q: What was his role in creating Moment magazine?

A: He was the co-founder, with Leonard Fein. He chose the name. Der Moment was the most famous independent Yiddish paper that was read all over Eastern Europe. Elie’s dad used to read the paper. Elie was a yeshiva boy—he was forbidden from reading about the world. He was very devoted to Judaism, to studying texts. He saw Der Moment on the kitchen table and never read it.

After the Holocaust, it was clear he wasn’t going to be a rabbi or hazan; he was going to have a secular career. He loved to write, and he thought of being a journalist because of Der Moment. The name carried the legacy of the paper that was extinguished by the Nazis. [Wiesel and Fein] brought it to a new era. 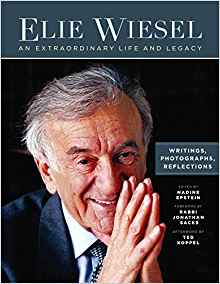 Q: How did you choose the people to contribute to the book?

A: Some people I just knew we wanted to have. Some knew him well, some had an important way of looking at him.

Natan Sharansky was included because Elie had written Jews of Silence. He went to the Soviet Union in the early-to-mid ‘60s and awakened the American Jewish community to what was going on in the Soviet Union with Jews. Jews never agree with each other, but they became unified and got the Jews out of the Soviet Union. That’s the most important thing [Sharansky] thinks Elie should be remembered for.

Ted Koppel spoke at the funeral. He had amazing stories about Elie, about how one time he was speaking at a retreat for Nightline staff. Ted drove him, and pulled over at a gas station and put gas into the car. Elie said, How did you know how to do that? It said so much about Elie. He was a grounded person but he lived in a very intellectual world.

I wanted to have diversity in the book. Elie was very encouraging of women but the world he lived in was mostly filled with men. I went out of my way to find women he was friends with. I ran into Kathleen Kennedy Townsend, and she said, I knew Elie, and I said, You can be in the book now!

Sonari Glinton grew up the son of a single mom. He was in Catholic school and didn’t like reading. He picked the shortest book [for an assignment], which was Night. He writes about how it transformed his life. Later he studied with Elie at Boston University.

Q: In your introduction, you write, "We believe that it is critical to keep Elie's memory alive at a time when anti-Semitism and prejudice of all kinds in the United States and Europe are once again on the rise, and the lessons he taught have been called into question." What do you see as his legacy?

A: The third anniversary of his death is July 2. The world has changed so dramatically since he died. On July 2, 2016, the New York Times headline said, Donald Trump deletes tweet showing Hillary Clinton in a Star of David shape. Europe was in the throes of the refugee crisis. There were a lot of alarm bells.

This was before Richard Spencer had a victory party [where people said] Heil Trump, before Charlottesville, before worshippers were massacred in Pittsburgh and a woman was killed in Poway.

Elie missed all of this. On the one hand, I’m glad he missed it, but on the other hand I wish he were here. He was a very respected voice. He could have spoken out about prejudice of all kinds, including anti-Semitism. He was one of a few people President Trump and members of the administration would have had respect for.

He had the ability to talk to everyone. He had written an incredible book, he had a history that allowed him to carry the resonance of the Holocaust. He wasn’t an ideologue. He could talk to people—he met and befriended Democrats and Republicans. He was very cosmopolitan, and he embraced civil discourse.

One very important lesson is that we can’t be him, but we can not forget, and we can remember to take action to combat suffering, to bend over backwards to be civil in our discourse. He knew what happened when it breaks down and what evil ascends from that.

A: With this book, we created our own imprint. We partnered with Mandel Vilar Press to do the Elie Wiesel book. We have two more books coming out.

One is with Bob Mankoff, the former New Yorker cartoon editor, Have I Got a Cartoon For You, about Jewish cartoonists.

One is with [the late] Theodore Bikel, about his childhood. It’s an illustrated book, expanded by his wife, Aimee Ginsburg Bikel.

Both are coming out in the fall.

Also, Moment took over all the Forward print readers, and I’m working on my own new book!

A: I think for me the book did expand my understanding of Elie. It’s a wonderful book to share with students, young people from 10 up. It’s important for young people to look at it—it makes his life very accessible. It looks like a gift book, and it is, but inside it has real content.