Juliet Escoria is the author of the new novel Juliet the Maniac. She also has written the story collection Black Cloud and the poetry collection Witch Hunt.

Q: You write, "All writing is autobiographical. All writing is fictionalized. At least autofiction is up front about that." How did you choose this format to tell the story you relate in Juliet the Maniac?

A: I had attempted to write the book as a more fictionalized novel, but it wasn’t very good and I gave up on that draft. I had these very specific ideas about what a “novel” was, and I had placed pressure on myself to conform to them, which turned out to be a disservice to what I wanted to say.

I never seriously considered writing this book as nonfiction. I wanted to spend the bulk of the book on establishing what this experience was like in the time in which I lived it, rather than reflecting on what it all meant, and it seemed like the term “novel” was better suited to this than “memoir.” Writing is also more fun for me if I think of it as “fiction” and therefore am not confined to the truth.

Q: In her Washington Post review of the book, Kristen Millares Young writes, "To read ‘Juliet the Maniac’ is to confront our shared faith in the flawed logic of life’s meaning, and by so doing, become worthier of our humanity." What do you think of that assessment? 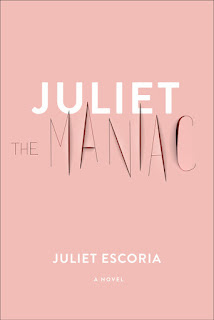 A: It was incredibly heartwarming to read. That review was the review you dream of as a first-time novelist—complimentary, but it also seemed that she was truly getting what I had intended to do, and thinking about it in an intelligent and nuanced way.

Juliet’s biggest problem is her mental illness, which seems to come from nowhere other than her own brain chemistry. However, a lot of her problems also come from simply existing in the world, which is a cruel and humiliating experience, for all of us, in ways both big and small.

But, of course, the things that make her feel better come from this same world, too. I’ve always been interested in finding beautiful things in ugly things, so I like the idea of “shared faith” juxtaposed with “flawed logic.” There’s beauty in our collective fumbling.

A: For a long time I simply referred to this book as “the big book,” because it was bigger than the other two books I’ve written in a lot of ways—longer, more ambitious, and more difficult.

I toyed with the idea of calling it The Big Book of Secrets, Lies, Truths, and Half-Truths, but I think I knew this was too much of a mouthful and was really just a placeholder title until I found something better.

Then I started keeping a running list of possible titles in my phone. One night I went out to eat pizza with the writers Chloe Caldwell and Chelsea Martin, and I shared this list with them. They both liked this one the best. 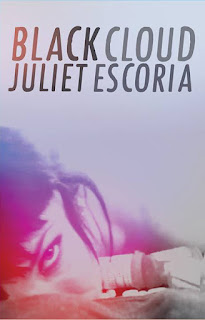 Originally, the character of Juliet was given my real name, Julia J*ckson (asterisk because while my real name is certainly not a secret, I do like to keep my teaching self separated from my writing self; I have a lot of conservative students and I don’t want to shock them!), which seemed interesting to me—the author has a fictional name, but the fictional character has my actual name—but for some reason I wasn’t comfortable with the title of Julia the Maniac.

It felt overly personal, which is ironic given the content of the book. I toyed with giving the character some other names, but “Juliet” seemed to go better with “the maniac” than any other name I could come up with.

I love the word “mania,” and the word “maniac.” There’s something romantic about them, and also very accurate in what it feels like to have a manic or mixed episode, at least for me.

Q: Why did you include an older version of Juliet in the book, which mostly focuses on the teenage Juliet?

A: I wrote the “letters from the future” not knowing if I would actually keep them in the book. If I remember correctly, the first letter I wrote was #3, which comes right after Juliet is placed in the therapeutic boarding school.

My approach to writing the book was just to write whatever I felt like writing, and then worry about the shape of it later, and I felt myself wanting to interrupt the arriving-at-the-boarding-school narrative. In my actual life, that experience was always so jarring – being placed in any institutionalized setting – and I wanted the reader to experience that too. 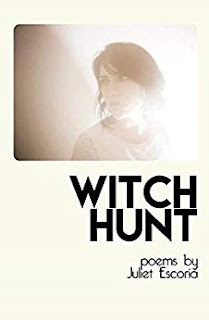 I developed the letters further because they seemed like a good counterbalance, of providing the reader with some sort of vague answer to what happened to Juliet. It is dishonest to have an ending that resolves everything, because that’s simply not how “recovery” works… but, if there was no hint whatsoever to what came next, I figured that would make for a frustrating reading experience.

Juliet is also an unreliable narrator, and the letters seemed like a way to gently correct her skewed way of looking at the world.

The exception is the fact sheet from the future, which is the only 100 percent nonfiction thing in the book, and based on research I did about the effects of antidepressants on bipolar people, particularly adolescents.

I wanted that in the book very early on, when I was thinking that the book would have a much larger scope, in terms of time, although the original “fact sheet” looked much different than it ended up being. It seemed essential, if I wanted people to grasp just how fraught the psychopharmaceutical industry is, and how fraught it was to be a mentally ill teen in the ‘90s.

A: I’m working on stories, for what will most likely be a collection. I have another novel I feel the need to write, but this book was so hard in so many ways, and I need a bit of a break. Writing stories feels so light and fun to me, compared to writing a novel.

A: If you like my book, I recommend reading The Diary of a Teenage Girl by Phoebe Gloeckner, Promising Young Women by Suzanne Scanlon, and Sketchtasy by Mattilda Bernstein Sycamore.