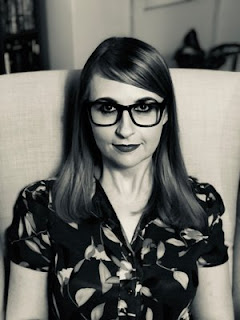 Helen Cullen is the author of the new novel The Lost Letters of William Woolf, which takes place in 1980s London and focuses on a man who works at the Dead Letters Depot, trying to connect lost letters with their recipients. Cullen writes for the Irish Times and the Sunday Times Magazine. Originally from Ireland, she lives in London.

Q: You tell the story from both William's and his wife Clare's perspectives. Did you always intend to do that, or did you change it as you wrote the book?

A: In the beginning, I only wrote William’s perspective but as I became more interested in his home life, and why he was conflicted about his ideas about love, his marriage to Clare became more compelling to me. Ultimately I decided that it was important to hear Clare’s thoughts too and I loved the idea that we would have access to both sides of the story of how they arrived at this point in their relationship. 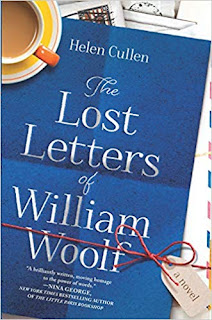 Q: The novel is set more than a quarter-century ago. Could it be set today, or has technology made that impossible?

A: I think it would be a very different story if it was set today as, of course, technology would change William’s approach to his letter detective profession and potentially it would be a lot easier to discover more information about [the character] Winter. It was important for me that I set the novel in a time when I could really explore the lost art of letter-writing in an authentic way but that still felt quite contemporary.

A: I am editing my second novel – provisionally titled Leave A Light On. It tells the tale of Murtagh Moone, a potter on an island off the west coast of Ireland. The novel begins with a family tragedy on Christmas Eve before moving back in time to explain their story up until that moment and then we follow the Moones on their journey forward.

A: I love to hear from readers and am unsurprisingly a big fan of letter-writing so I would be delighted to receive letters from readers who have enjoyed William’s story – or for a more immediate connection, I’m on Twitter as @wordsofhelen.