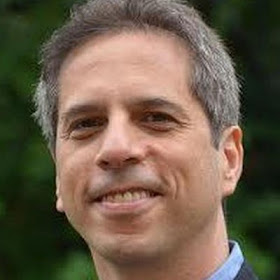 Steven Waldman is the author of the new book Sacred Liberty: America's Long, Bloody, and Ongoing Struggle for Religious Freedom. A former magazine journalist, he also has written the book Founding Faith. He is the founder of the multifaith website Beliefnet, and is co-founder and president of the journalism organization Report for America. He lives in Brooklyn.

Q: You write of James Madison, "More than anyone else, this underappreciated founder devised the ingenious, counterintuitive, and often-misunderstood blueprint for the religious liberty we enjoy today." What are some of the most important of Madison's contributions toward religious liberty?

A: We think of the First Amendment as the main reason we have religious freedom. But it turns out that Madison – who crafted the First Amendment! – did not believe that. He said that such “parchment barriers” were less important than there being “a multiplicity of sects” – in other words, the creation of a diffuse, spiritual marketplace with lots of different religious voices. Pluralism was the key to religious liberty.

He also wanted to create a set of rules with a simple premise: the best way to encourage religion, is to leave it alone.  That was actually revolutionary. Help religion by not helping it? He thought that efforts to assist religion hurt both minority religions (by persecuting them) AND the majority religion (by corrupting it).

In terms of accomplishments, Madison crafted the First Amendment, ushered through the Constitution, defeated Patrick Henry’s popular effort to tax people to pay for ministers’ salaries and got the legislature to pass Jefferson’s religious freedom bill. (The bill had died and then Jefferson went off to Paris, leaving Madison to resurrect it.) What does a guy have to do to earn a marble memorial? 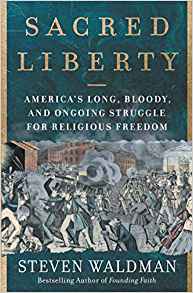 A: I knew I couldn’t write a totally comprehensive history – that would be five volumes – so I decided I’d select a dozen or so key “moments” or “pivot points” in American history. I then did deep dives around those moments, reading all of the best, deep, niche historical work. I tried to read the most important original source documents.

Most important, I then tried to step back and see the patterns from incident to incident so the book wouldn’t be just a string of dramatic moments but also an argument about how we really ended up with religious freedom.

So many things surprised me! I knew there’d been a lot of anti-Catholicism but I didn’t fully understand just how deep and long lasting the antagonism to Catholics has been for hundreds of years in the United States. It was a feature, not a bug of the American experiment.

The story of Mormons is astonishing. Most non-Mormons don’t realize that the governor of Missouri issued a formal order to “exterminate” the Mormons.

The efforts to Christianize Native American children en masse – an approach that was viewed as a more beneficent “reform” – was shocking. Honestly, I was astonished pretty regularly.

Q: In the book, you ask, "Why does religious freedom matter?" How would you answer that?

A: The most obvious answer is that the American model of religion freedom – which I argue is America’s greatest invention – has led to less persecution and more liberty.

But there’s a less obvious answer: it’s also allowed religion and religious movements to flourish. Madison believed that one measure of the success of religious freedom was religious vibrancy. We have a much more robust religious landscape than other affluent countries – AND it has allowed for religious protest movements to become key players in perfecting our union. 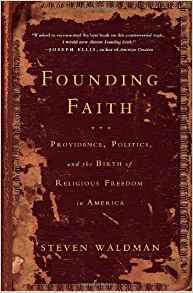 The civil rights movement led by African Americans in the 20th century was basically a religious crusade. Many reformist efforts in the past were religiously driven: abolitionism, suffrage, campaigns against poverty. These were all driven by religious movements. And try to imagine America without faith-based movements like Alcoholics Anonymous or Habitat for Humanity. This great, fluid system made that possible too. Our system is also set up so that the freedom to believe grants the freedom not to believe.

Q: You discuss Donald Trump's attitude toward religious freedom, saying, "No American president had ever played such a dominant role in an attack on a major religion [Islam]." What do you see looking ahead when it comes to religious freedom and liberty in the United States?

A: He revived attacks on religious freedom that we haven’t seen in ages – perhaps ever. For instance, banning immigration by Muslims went much further than anything a successful presidential candidate had tried. That proposal has been mostly blocked but public opinion has shifted hard against Muslims. In one poll, only half of Republicans were willing to say Islam should be legal in America. The big question is: what will happen next time there’s a terrorist attack involving Muslims?

The other big question is what is going to happen with the conservative Christian efforts to define their religious freedom in a new way. They have claimed that efforts to provide LGBT rights and government-funded contraception curtail their religious freedom rights. Ironically, they are using the same legal precedents and arguments first offered by progressives and other religious minorities. The “bakers of conscience” have used the same arguments previously used by Jehovah’s Witnesses and Native Americans.

A: I co-founded Report for America – a new national service program that places talented young journalists into newsrooms to report under-covered issues and communities.

A: We’re in a strange moment. In some ways, religious freedom is more robust than ever. But at the same time we’ve seen hostility toward Muslims that harkens back to the worst periods of American history.

I fear this whole thing can unravel if we don’t understand how we ended up with religious freedom in the first place. It didn’t just materialize in Philadelphia in 1789. It took the efforts of many people – most of whom you’ve never heard of! – over hundreds of years.