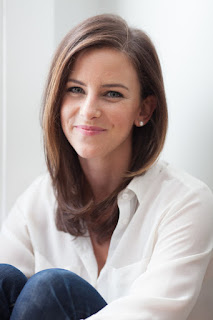 Claire Gibson is the author of the new novel Beyond the Point, which focuses on a group of women attending West Point. Gibson's work has appeared in a variety of publications, including The Washington Post and The Tennessean. She lives in Nashville, Tennessee.

Q: How did you come up with the idea for Beyond the Point, and for your three main characters?

A: Anyone that has ever been to visit West Point will tell you that it's a magical, sacred place. I had the privilege of growing up at West Point right there alongside the Corps of Cadets, while my father was a professor. I know it like the back of my hand.

The only way I could have known it better was if I had attended myself — which continues to be something I wonder about all the time — how would I have handled the challenge? Should I have tried?

But college choices aside, when I began writing full time, I couldn't kick the gut feeling that I was supposed to write something about West Point or the Army. Then in 2013, a group of women West Point graduates asked if I'd be interested in interviewing them for a possible story.

The more women I spoke to, the more confident I was that I was meant to write their experiences down as a novel — something that every person could engage with, whether they were familiar with West Point or not.

The three main characters are composites of more than 20 interviews with women graduates of West Point from 2000-2010. 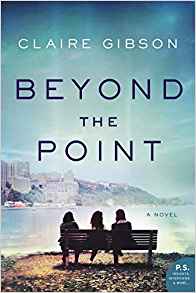 Q: You grew up at West Point, where part of the book is set. How important is setting to you in your writing?

A: Setting is just another character in a novel. Setting influences the plot just as much as people do. For me, it was fascinating to explore not only the setting of West Point, but also all the different settings that these women encounter in their young lives—from Boston to New York to London to Kuwait, to Afghanistan and eventually to Arlington Cemetery. Each setting had a role to play, just like a character.

A: Having done a lot of interviews with women before sitting down to write the novel, I knew generally where I wanted the book to go. I didn't know what the final scenes would be. I didn't know how the characters would change and evolve, particularly Avery. I was very proud of her, in that last scene, sitting on her yoga mat, practicing not running.

A: A new novel! The working title is "The Foundlings," and it's based on a true story of finding identity and family in a post-DNA testing world.

A: Thank you so much for reading! I'm so grateful for this chance to share stories, and it's people like you that make it possible! So thanks!!