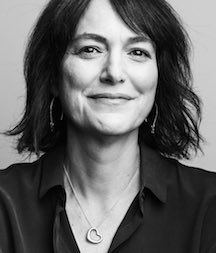 Debra Jo Immergut is the author of the novel The Captives. She also has written the story collection Private Property, and her work has appeared in a variety of publications, including The Wall Street Journal and The Boston Globe. She lives in Western Massachusetts.

Q: In an interview with The Rumpus, you noted that you wrote an earlier, unpublished version of The Captives years ago. Why did you decide to return to it, and how much did you end up changing it?

A: I wrote the first version so long ago, I had to have a tech-savvy friend extract it from a floppy disk using a vintage computer in order to be able to read it again.

But all that time Frank and Miranda's story remained stuck in my head, and I believed in the strength of the premise--a high school reunion taking place in the extreme setting of a prison.

When I finally reread it, I felt those characters just seemed alive to me...they jumped off the page as fresh as ever, in my mind. But the plot needed lots of work.

With the help of key editorial suggestions from my current agent, Soumeya Benderimad Roberts, I revised heavily, especially the ending. I added much more detail about the childhoods of Frank and Miranda, and worked hard to create great forward momentum.

I'm convinced that all that fallow time was absolutely essential, and of course the timing was much better for a dark thriller with compromised main characters. Those were not the books that were selling the first time I sent that early version around way back when. 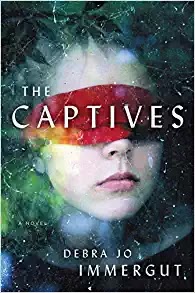 A: The Captives was not my original title. It was one of a list of new possibilities that I sent my editor after Ecco purchased the book and we really got to work on it.

We all thought it did what a title should do--encapsulate the story, but without giving too much away. The reader understands early on that Frank and Miranda are both captives of their pasts, and Miranda is clearly a captive of the corrections system.

But then the title takes on additional shadings as the reader travels through the book's pages. So we all felt like it was the perfect choice for this work.

A: The most important research I did was visiting and working in prisons. I tutored and taught incarcerated people, and I was in and out of prisons as a journalist.

I also did plenty of reading though--prison memoirs, guidebooks for people facing time, and books written for practicing psychologists that discussed the challenges and pitfalls of the profession.

Q: Did you know how you'd end the novel from the start, or did you change things around as you wrote?

A: The ending was one of the last bits of the book to be nailed down. It took years to get it just right, and some very good thoughts from my brilliant agent. But I have to say, I'm super proud of that ending now.

As a reader, I really, really love it when, in the last few pages, the whole story just clicks into place in a deeply satisfying fashion. It's what I really worked for in The Captives, and it's really a goal for my next novel too.

A: I've just handed a draft of my second novel to my editor, Megan Lynch at Ecco Books. She's really one of the best in the business, so working on the revisions with her is an absolute privilege.

It's another cross-genre work that walks the line between literary and thriller, and it's a pretty volatile mix of street riots, quantum physics, and infidelity. The hope is that it will be out in 2020.

A: I feel so lucky to be seeing my work out in the world, and I'm extremely grateful for the readers, booksellers, reviewers, and everyone who dedicates time and passion to the cause of reading and writing. Keep fighting the good fight!

--Interview with Deborah Kalb. The Captives has been nominated for an Edgar Award for "Best First Novel by an American Author."
Deborah Kalb at 6:54 AM
Share