Dawn Raffel is the author of the new book The Strange Case of Dr. Couney: How a Mysterious European Showman Saved Thousands of American Babies. Her other books include The Secret Life of Objects and Further Adventures in the Restless Universe. Her work has appeared in a variety of publications, including O, the Oprah Magazine, which she helped launch; BOMB; and New Philosopher.

Q: How did you learn about Martin Couney, and at what point did you decide to write a book about him?

A: I thought I was going to write a novel set at the Chicago world's fair of 1933-34, and was doing some research when I stumbled across an eye-popping photo of the incubator sideshow. I found it extraordinarily strange--on first sight, a mashup of voyeurism, commerce, and the commodification of human life.

Then I discovered that this same doctor was also on Coney Island for 40 years. That did it. I put aside the novel in order to get to the bottom of this story, which turned out to be very different from what I had imagined. What had at first appeared to be exploitation turned out to be a heroic act of rescue. 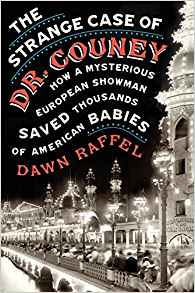 Q: The book jumps around from one time period to another. Did you write it in the order in which it appears, or did you move things around as you wrote?

A: There are really two threads--one moves pretty much chronologically through Martin Couney's lifetime and the other follows the investigation after his death. I know there are people who'd have preferred a straight-shot, chronological narrative--but I did try it that way, and it felt curiously flat.

I wanted to layer it for a couple of reasons.

First, I wanted to show how history is unpeeled--it's never the work of one person, and so I thought I'd pull back the curtain and show the reader the bewilderment of the prominent late 20th century doctors trying to get to the bottom of this story, and show my own exertions as well.

Secondly, I wanted the reader to meet the "babies" who are still alive, as this historical story and the issues it raises have a toehold in the present. Finally, I hoped to heighten the narrative tension by structuring it the way I did. 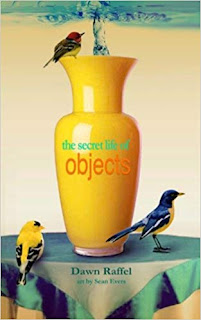 A: Researching the book was a bear because Martin Couney had left so few records and had fabricated so much of his story—and because this story took place both in Europe and in many different American cities where he had exhibitions.

So my research included: scouring archives throughout the country for any and all records of his exhibitions, especially recorded conversations and correspondence with the concessions committees; finding still-living people who recalled him; pulling out probate records, immigration, naturalizations, birth, marriage, and death records, property deeds, and passports.

Poring through countless old newspapers and magazines and posting on world's fair message boards. Listening to never-transcribed interviews recorded on cassette tapes in the 1960s and 70s with people connected to this story. 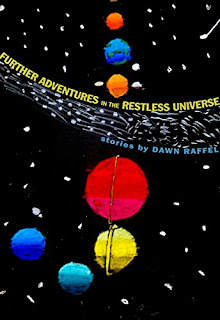 And reading a great many books and scholarly articles: histories of neonatology, of the eugenics movement, of world's fairs, of Coney Island and Atlantic City, plus many novels of that era in an effort to capture the flavor.

A: I'd like to give Martin Couney his due--he certainly wasn't perfect, but the good he did far, far outweighs his deceptions, and he is the rightful father of American neonatology.

And I'd also like for people to consider the ways medical technology continues to force us to make decisions about which lives have value. Which lives will we save? Where will be put our resources? Prematurity remains a leading cause of infant mortality throughout the world. Who decides who gets to live?

A: I'm taking a breather! It's a little scary not to have an immediate "project" but it might be a while before something takes hold.

A: Since the book came out, I've had a ball meeting and hearing from more of Dr. Couney's surviving "babies." The oldest is 98 and sharp as a tack.