Neela Vaswani is the author of the new children's book This Is My Eye: A New York Story. Her other books include Where the Long Grass Bends and You Have Given Me a Country. She teaches at Spalding University's brief-residency MFA in writing program, and she lives in New York City.

Q: How did you come up with the idea for This Is My Eye?

A: About five years ago, I was walking down a long street in upstate New York. The way the road narrowed into the distance and was hemmed in by trees made it look and feel like a tunnel.

The saying, “It’s not what you look at, it’s what you see,” popped into my head and for the rest of the walk I thought through ways to make a book about point of view for kids. The idea of photographs taken from a child-character’s perspective (a book of fiction using photographs as illustrations) was exciting to me. It still is! 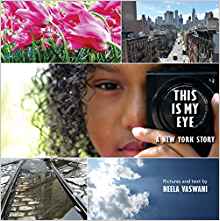 Q: What do you think the book says about New York City?

A: I think the book invites people from all over to relate to New York, to see it as a “real place” where kids grow up and families thrive.

Often only the bigness and glamour or violence and speed of the city are depicted in the media. I wanted to focus on the mundane, small, peaceful moments happening here a million times a day.

And to show how the things most of us take for granted (fences, hands, subway platforms, sidewalk cracks, colors, window ledges, shapes) are profound and interesting once you slow down and really see them.

I think the book also shows New York City as a place brimming with true, vibrant diversity in terms of people, experiences, and environment.

Q: How did you decide on the order in which the photos would appear, and did you take the photos before writing the text, or work on them simultaneously? 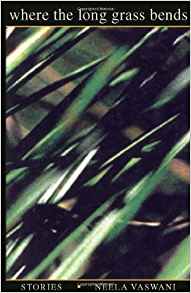 A: Both! I wrote the text first then wandered around all five boroughs, seeking out images that matched the text. Sometimes, though, a photo demanded to be taken, and a line of text was written for it later.

As for ordering the photos, I followed the narrative I’d written. When I submitted my photos to the publisher, I would suggest about seven photo options for each sentence and leave it up to the art department/design team which image they felt worked best. It was wonderful to collaborate that way and I think it made the book stronger.

A: I hope kids come away from reading This Is My Eye with a feeling of, “I could do this, too!” I hope they will look around the world with fresh eyes and appreciate what’s unique about their neighborhoods and families and their own ways of seeing.

In talking with kids about my book, it’s become obvious to me that they already see beauty, complexity, and the extraordinary in the ordinary. It’s just about teaching them to harness what they already know into taking purposeful photographs. 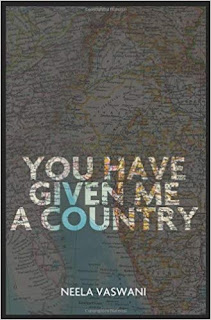 Some of the school groups I’ve worked with have created their own picture books in response to This Is My Eye, which is so moving to me. One I remember well is a group of kids on the Lower East Side who combined their photos into a book with gorgeous text and named it This Is Our View.
Q: What are you working on now?

I also recently narrated a few audio books (Leonard Cohen’s The Flame; America Ferrara’s American Like Me, and a chapter book version of Malala Yousafzai’s book for which I won a Grammy. It’s called Malala: My Story of Standing Up for Girls’ Rights, and is very powerful).
Q: Anything else we should know?

A: Fall light is particularly beautiful! Great time of year to be outside with your kids, exploring your neighborhood and seeing deeply together.