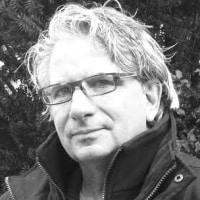 Brian Murphy is the author, with Toula Vlahou, of the new book Adrift: A True Story of Tragedy in the Icy Atlantic and the One Who Lived to Tell About It. The book focuses on the ship John Rutledge, which hit an iceberg in 1856, killing everyone on board except for one person. Murphy's other books include 81 Days Below Zero. A Washington Post journalist, he lives in Washington, D.C.

Q: You write that you first learned something about this story in an exhibit about shipwrecks. How did that eventually lead to your writing Adrift?

A: The first thing, of course, was that the exhibit mentioned a single survivor. This meant there was likely some kind of diary or personal account stashed away in an archive or family records.

It became quickly apparent there was enough for a compelling story that had never been told in full. The survivor, Thomas W. Nye, was front-page news at the time when shipwrecks (without a survivor to tell the tale) were often relegated to short items in the press.

But the research soon led me to wider narratives and subplots. Early 1856 was a terrible period for North Atlantic ice. It was one of the worst in generations, according to some ship captains.

At least three other vessels went down around the same time as the John Rutledge, the ship in Adrift. More than 830 people lost their lives in the North Atlantic in the span of eight weeks. Amazingly, one of the owners of the John Rutledge was aboard one of the other ships that went down.

Irish emigrants accounted for most of those lost at sea during that horrible stretch. This created another element in the book. I wanted to give readers a sense of the perils faced at sea by 19th century travelers seeking to reach North America.

This is a story that still resonates. I wrote in the Author’s Note that I hope this book is more than just a survival story. It also serves as a kind of elegy to all the souls lost at sea at the time. The drive to take huge risks to seek a better life – because of poverty desperation, blind optimism or any other motivation – is a timeless thing. I hope readers see the parallels today.

A: What really surprised me is how tough my wife (and book collaborator) can be as an editor and second-reader. Nothing gets by her and her red pen. She makes every project better! So lucky to have her.

But back to your real question. 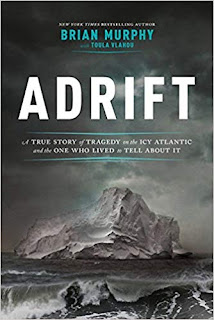 The research began in the usual places: pulling together the various account of the sinking and the unusually dangerous ice conditions during 1856. Then came the fun part. Visits to Liverpool, Fairhaven and New Bedford, Cape Cod, New York and other points helped build out the story of the John Rutledge, Nye and the age of transatlantic shipping in the mid-19th century.

I was able to find snippets of the John Rutledge log and, in the Mystic Seaport archives in Connecticut, struck gold with the full log from the Germania, the ship that recovered the survivor Nye – who was perhaps just hours from death.

As mentioned before, I was quite surprised at how tragedies at sea were simply a fact of life in that age. The loss of the ship and many lives – sometimes in the hundreds – often merited little more than a brief item in the press and shipping journals. Unless, of course, the people aboard were of a certain stature.

Usually, though, the shipwrecks were would-be immigrants or fishing crews or whalers. Their families and friends mourned. But there was little sense of any wider reckoning over what could have gone wrong.

I used a quote from a Pittsburgh newspaper that summed it up well: Souls gone down in the great deep, without leaving a ripple on the great surface of society. A cool announcement is made that they are lost, and that is all. Who can estimate the long protracted agony of surviving friends, who waited from day to day for the arrival of the missing ships, until hope faded away into despair! So passeth the world.

Q: You’ve mentioned the challenges of presenting the thoughts and emotions of the people you write about. How did you choose the method you eventually settled on?

A: This is a challenge facing any author of historical nonfiction. At the heart of everything is the need to tell a good story that brings readers into the moment. But only the most fortunate author has records that give verbatim interactions or diaries that chronicle emotions and inner struggles.

So how to proceed? In the case of Adrift, I had the facts of what happened in the shipwreck, on the lifeboat and during Nye’s rescue. I could have approached the story in a more encyclopedic way – this happened, then that happened, etc.

But I also wanted to bring more humanity to the narrative. These were people who had experiences, loves, dreams and everything else. I didn’t want to portray them as just props or background figures. 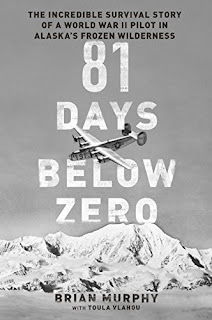 I settled on a technique – used in my last book – to create a sense of dialogue and action using the research and supportable facts as a framework. I leave out quotation marks in the words “spoken” by various characters in the places where it would be impossible to know exactly what was said. Only in parts where I have written confirmation of dialogue, do I use quotation marks.

Nearly every historical nonfiction author employs these methods to some degree or another. Some reviewers take issue with it as perhaps silly or intellectually weak. I obviously don’t agree. I believe it’s a very reader-friendly form of storytelling. At the end of the day, that is what I am trying to achieve.

Transparency is important, though. I make clear from the beginning of the book that only the dialogue that appears in quotation marks is verified. The rest is built upon research and verifiable context.

Q: What do you hope readers take away from the story of the John Rutledge?

A: Good question! At talks on the book, I have started reading aloud the names and ages from the passenger list on the John Rutledge. Richard Grundy, 5. Margaret Newhan, 32. Sarah Ryan, 23. James McCann, 24., and so on.

I hope readers take away some deeper appreciation of the human face of tragedy. Every disaster, every war story – and nearly every account of heroism or beating the odds – includes many others who perished. I want readers to think of them, too, even if it’s just for a moment. I believe it’s a powerful and humbling gesture to recall the forgotten dead.

In my career as a journalist, I have covered many conflicts, natural disasters and refugee crises. I try my best to remember the faces and circumstances of the dead. I may be the only one still thinking about them. I don’t really pray in the conventional sense. But this comes close, I think.

A: I’m casting the net. There is one project – a 19th century crime story – that has potential. But then comes the harder part: Getting my editor on board.

A: I know nothing about sailing. Some people have remarked that the descriptions of rigging and seamanship in the book indicate that I know my way around a sailing vessel. Not one bit. It’s all a tribute to the sailors, merchant seamen and historians who helped me with the research.