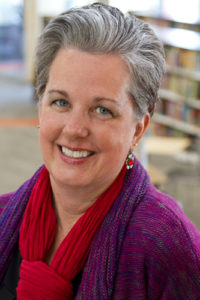 Becky Clark is the author of the new mystery novel Fiction Can Be Murder. Her other books include Marshmallow Mayhem and Banana Bamboozle. She lives in Colorado.

Q: How did you come up with the idea for Fiction Can Be Murder and for your character Charlee?

A: I read across the entire crime fiction spectrum — true crime, thrillers, procedurals, British traditionals, locked room mysteries ... you name it — but I'm drawn to cozy mysteries. Those are typically lighter reads with a fair amount of humor, off-stage murder and sex, and generally a cast of fun, quirky characters. That proclivity plus adhering to the advice "write what you know" kind of sealed my fate!

Charlee came about as I was reading and musing one day. I forget what I was reading, but I wondered, "What would I do if I was in that situation?" And I realized I wouldn't do any of what that heroine was doing. I'm too big a chicken! And I thought that would be an interesting character.

I like the idea of characters who are exactly like you and me, just going about their boring, every day existence, then BLAMMO — they're dropped into some chaos. How do they react? What do they do?

In Charlee's case, when her literary agent is murdered exactly like she described in her newest manuscript, she would like nothing better than to go back to bed and pull the covers over her head. She realizes that even though she writes mysteries, that does not mean she can solve them. 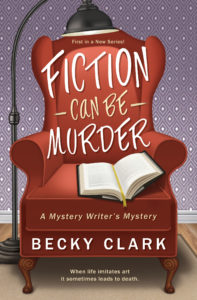 More than once she says, "Fiction is so much easier than real life." Unfortunately for her, she has to continue on and get to the bottom of things.

A: It feels a bit like cheating, to be honest. I can get away with very little research, unless you consider that I've spent the last 10 years "researching" this character!

It's actually quite fun to write Charlee. She and I tend to think the same way about many, many things. In fact, I made my real-life copy editor laugh when Charlee said that her job was to quickly churn out manuscripts so that her publisher could sloooowly turn them into books.

Charlee and I do have plenty of differences, of course. For one thing, she's only 30 and already a success, which kind of irritates me. I wish I would have started writing mysteries when I was in my 20s. 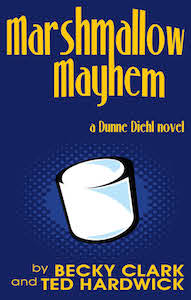 Yes, I knew how it would end, and yes, I made a ton of changes along the way. I start at the end and know how the crime happened, whodunnit, and why, and then I work my way backward.

I outline my stories and don't start writing until I have a timeline and a 30ish-page synopsis that I follow. My brain works in a very linear manner. I find it almost impossible to pull a story thread and not watch in horror while the whole thing unravels completely at my feet. It sends me into bed, or into a bottle, or into an entire cheesecake — whichever is handiest — so I'd rather not have that angst.

With my outline, I know where I need to drop clues and pick them up again. I know which characters are liars and which ones are honest but dumb. I know the twists I want and where to place them. But I also allow the story to take interesting turns when they come up. 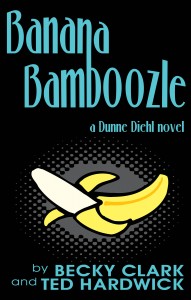 I equate it to driving from Los Angeles to New York. I know when I'm leaving and when I need to get there. I know the route I'm taking. But if I see a billboard for the world's largest ball of twine, you can bet I'm taking that detour. And even if I know I'm on Route 66 going through Tulsa at lunchtime, I don't know at which restaurant I'll be eating.

So there are surprises along the way for me as I write. And don't get me started on those characters who just show up and take over things!

A: Like I said, I'm drawn to cozies. I have a million favorites, but a glance over at my nightstand shows Kristi Abbott, Catriona McPherson, Gretchen Archer, Jenn McKinlay, Tim Dorsey, Jess Lourey, Cynthia Kuhn, Marty Wingate, and Diane Vallere.

A: I just turned in Book #2 of the Mystery Writer's series — Foul Play on Words — to my editor, and now I'm working on the outline for #3, Metaphor for Murder.

A: If you're interested, the first three chapters of Fiction Can Be Murder are available for subscribers to my mailing list at my website, but you can unsubscribe at any time. I'm not an ogre.

Charlee and I are both wiggly with excitement for Fiction Can Be Murder to hit library and bookstore shelves. Ask your librarian to order it!