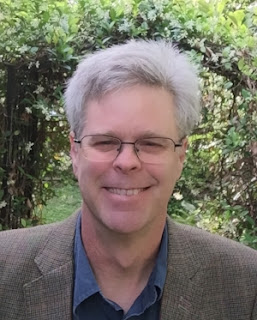 Steven L. Davis is the author, with Bill Minutaglio, of the new book The Most Dangerous Man in America: Timothy Leary, Richard Nixon and the Hunt for the Fugitive King of LSD. His other books include Dallas 1963 and J. Frank Dobie: A Liberated Mind. He is the president of the Texas Institute of Letters and is a curator at the Wittliff Collections at Texas State University in San Marco.

Q: Why did you decide to focus on both Timothy Leary and Richard Nixon, in the early 1970s, in your new book?

A: I was born in 1963 and grew up at the tail end of "the Sixties," feeling like I'd just missed out on one of the most amazing eras in American history. So I've always been fascinated by that period. Leary and Nixon were two people who helped define that age, and each from dramatically different perspectives.

The idea for this book came when I was reading a Leary biography and saw a brief chapter about the little-known episode of Leary's prison breakout and his life on the lam with the Weather Underground and Black Panthers. I thought to myself, "Man, what a story! Surely there's more to it."

In my next conversation with Bill Minutaglio, I mentioned this thought, and his response was, "I've always wanted to write about Timothy Leary -- and I even interviewed him once and got to know him a bit."

So we were off to the races, aided immeasurably by the fact that Leary's archives, some 600+ boxes in all, had recently been acquired and cataloged by the New York Public Library and were now available for research.

To be honest, we didn't think that much about Nixon at the beginning of our work. It was only as we did the research that we realized how Nixon became so obsessed with Leary's capture. That was one of the great discoveries while working on the book. 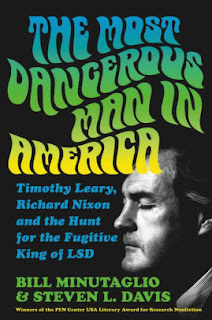 Q: In the introduction, you write, "In the end, a startling truth emerged: Timothy Leary and Richard Nixon had much more in common than they ever knew." What do you think they had in common?

A: Did we write that? Ha ha. Hmm, it sounds like something Bill wrote. Hang on, let me ask him....

Ah, hell, okay, then, I'll answer it. I just went back to the book and saw "we" said something about each regarding the truth as a cosmically malleable enterprise, so there's that.

But I can add more: Both men relied heavily on drugs, though Nixon's excessive drinking wasn't illegal, even as he'd call up military aides in the middle of the night and issue slurred orders to bomb other nations.  Leary's own experiments with drugs were far more like Lewis and Clark going into an unknown continent. He was interested in exploring and mapping that new terrain.

Ultimately, despite what "we" wrote, the two men were so completely different. Nixon was so secretive and paranoiac, always assuming the worst in others, because, of course -- he was projecting his own insecurities onto the world around him. 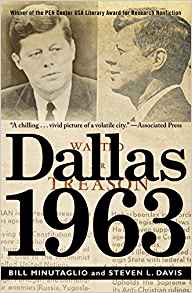 Tim Leary, love him or hate him, was completely open, alive to possibility and creation, keenly aware of the cosmic truth that there are no secrets, everything is known. And he embraced that.

I love the scene at the end of the book -- and I can say this because it's a scene Minutaglio researched and wrote -- where Tim Leary goes to Nixon's presidential library and performs an exorcism. Right on!

Q: How did you and Bill Minutaglio research this book, and did you learn anything that especially surprised you?

A: Well, you know, I work at an archive as a curator, and so I know firsthand how amazing archival research can be. When you find papers generated at the time, in the form of letters, reports, notes, there's no better way of getting close to the moment.

Those archival documents are actually much better than interviews in that regard, because the interviews are often done years and even decades later, and peoples' memories shift and the stories tend to become self-serving. So almost everything Bill and I do is based on archival research.

I can give you one small example: we got great glimpses of life inside the Black Panther "embassy" in Algiers because Eldridge Cleaver, in "disciplining" his wife, Kathleen, ordered her to compile daily reports detailing all of her activities. 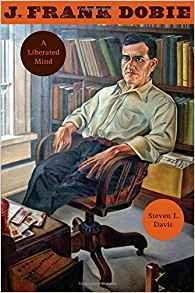 Since she essentially managed the daily operations of the embassy, those reports offer an amazing window into that time and place, detailing the Panthers' financial struggles, their increasing problems with the Algerian government, and, of course, the existential challenge of having the High Priest of LSD in their midst.

And we had a wealth of similar material to work with -- not just Leary's extraordinary collection at NYPL, but also the Black Panther leaders have significant archives -- Huey Newton's papers are at Stanford, Eldridge Cleaver's are at UC-Berkeley.

Then of course there's the Nixon Library and all those White House Recordings at the Miller Center at the University of Virginia.

And it was in those recordings at the Miller Center that my co-author, Bill Minutaglio, heard Nixon and his close aides in the Cabinet Room, decide to identify Leary as Target #1 in the War and Drugs and then shout Leary's name at each other like cheerleaders at a pep rally.

A: It's part of Leary's legend that Nixon referred to him as "the Most Dangerous Man in America." Of course, the reality is that Nixon called various other people that same thing, including Daniel Ellsberg as a result of the Pentagon Papers. And Nixon's enemies' list was a mile long, as you know. Still, it's such a great appellation, an irresistible one, really, for a title.

I think we make it pretty clear in our book that Leary, who broke out of prison after being sentenced to 10 years for possessing two joints, was a political prisoner. We have an epigraph at the outset that quotes Martin Luther King, Jr.: "If Richard Nixon is not sincere, he is the most dangerous man in America."

You'll see a lot of ironic, even absurd humor in this book. And the title definitely carries a sense of irony, since it's Nixon, not Leary, who is clearly the greater danger to the nation.

A: Bill and I remain great friends -- not an easy thing to do when two strong-willed people collaborate on a pair of books! But I love what we accomplished together.

Now we're each getting back to doing our own things. I’ve been playing around with some ideas for future nonfiction books and am also wrapping up a comic novel set in the Big Bend region of Texas, called Odd Cactus.

A: Don't ever lick the little "orange sunshine" line breaks at the bottom of page 83 unless you have a full weekend ahead.