Sorayya Khan is the author of the novel City of Spies, which takes place in Pakistan in the late 1970s. She also has written the novels Noor and Five Queen's Road. She lives in New York.

Q: What was the inspiration for City of Spies, and did you need to do much research to write the novel?

A: The inspiration was a newspaper item around the time Prime Minister Zulfikar Ali Bhutto was hanged. A father described the young son he’d just buried as a big fan of the Prime Minister whom, the boy once predicted, would live a long life that would correspond with the boy’s – instead, the Prime Minister was dead and so, too, was the son. When I began writing, the boy took on a life of its own. 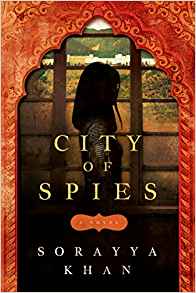 My research spanned many years and multiple forms:  books, newspapers, interviews, maps, photographs, and travel. I began the research before I knew I would be a writer, already interested in what the narrative of Pakistan looked like to others.

Q: How was the novel's title chosen, and what does it signify for you?
A: The original title was some variation of “The Yellow School Bus and the Land of the Pure,” which my agent worried was too YA and we concluded was perhaps a bit too Miss Frizzle from The Magic School Bus series.

I decided on City of Spies after reading my final draft and recognizing that many characters are indeed spies of a sort, none more so than Aliya, the narrator, who is intent on making sense of her world. 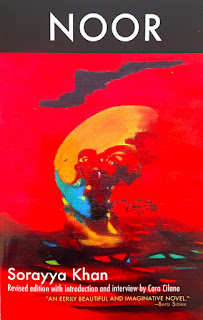 Q: What do you think the story says about the relationship between the U.S. and Pakistan?

A: That the relationship is old and complicated, strained by distrust and enmity, but perhaps not insurmountable.
Q: Who are some of your favorite writers?

A: I have too many to list!  But I have a special place for certain books, Svetlana Alexievich’s Zinky Boys, Gabriel García Marquez’s A Hundred Years of Solitude, Bapsi Sidhwa’s Ice Candy Man, Aleksandar Hemon’s The Book of My Lives and the poet Agha Shahid Ali’s The Country Without a Post Office. 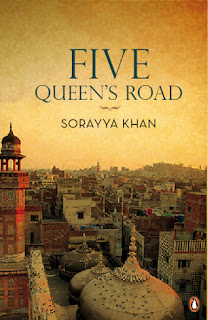 A: I’m very excited about my current project, but it’s still finding shape and hard to discuss--except to say that it is non-fiction and involves research and plenty of travel.

A: You can see some of the images that inspired my writing process in a slideshow on my website.