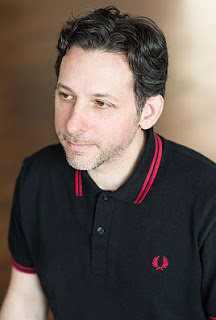 Nicholas Montemarano is the author of the new novel The Senator's Children. His other books include The Book of Why and If the Sky Falls. He is Professor of English at Franklin & Marshall College in Lancaster, Pennsylvania.

Q: How did you come up with the idea for The Senator's Children?

A: The initial impulse came when I was watching a late-night comedian lampoon a politician whose career had recently imploded in a very public way.

The audience's laughter just didn't sit well with me; it stirred a strong emotional response inside me, and that's something you need, I think, in order to undertake the long journey of writing a novel.

Because a novel can take years to write, and comes with setbacks and doubt, one thing you need—and can return to during the writing process—is a strong emotional response to something and a need to explore it further. That joke, the audience laughing, and my feeling of sympathy for the politician and especially for his family, given what I assumed they were going through in private—that was the moment when the novel began inside me, before I'd written a word.

Q: The chapters jump around in time. Did you write them in the order in which they appear?

A: Not even close. It's hard for me even to remember the initial chronology. I have never written a novel in chronological order, so that's one thing I do know about the first draft—that it was certainly nonlinear.

Even after this novel was under contract and I was working with my editor, I ended up rewriting 150 pages. And part of that meant filling in gaps, taking further advantage of opportunities my editor pointed out to me.

I wrote many chapters late in the process and then inserted them in various places in the novel. I worked that way with all three of my novels, and I'm working that way now with a new novel I'm writing. 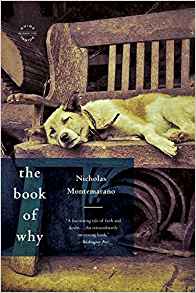 Q: Can you say more about why you decided to focus on a politician's family, and what you think the book says about the impact of politics on family members?

A: My decision to focus on a politician's family is probably a result of my seeing a fallen politician—a man who had become a pariah and for whom there would be no second act—joked about and laughed at. The important part, as I see it, is that the character I wrote about was a public figure. Of course, as I got deeper into the novel, I became more and more interested in the nature of political scandals as a unique subcategory of celebrity scandals, with its own ramifications and fallout.

As David Christie, the senator in the novel, realizes: running for president is a sadomasochistic affair. Not only for candidates, but for their families. When you add to that a scandal, a public infidelity—that's when a family can fracture.

A: I have a new short story collection that's complete. And I'm working on a new novel. I've written a draft and am now reworking it, changing a lot, the usual.

As much as I'd like to say more about it, I really believe—as many writers do—that when you speak about a work in progress, it can drain its battery. Suffice to say, this novel's spark was also an event that triggered an extremely strong emotional reaction in me—one that I keep returning to, and rely on, as I move deeper into the manuscript.