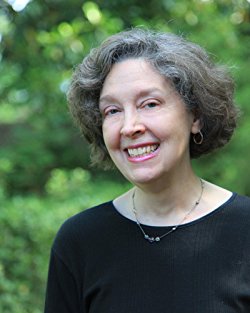 Catherine Reef is the author of Victoria: Portrait of a Queen, a new young adult biography of Queen Victoria. Her many other books include biographies of the Bronte sisters and Florence Nightingale. She lives in College Park, Maryland.

Q: Why did you decide to focus on Queen Victoria in your latest biography?

A: I had written two books on subjects from Victorian England, The Brontë Sisters: The Brief Lives of Charlotte, Emily, and Anne and Florence Nightingale: The Courageous Life of the Legendary Nurse. I wanted to write one more biography before leaving that fascinating time and place, and I thought, why not focus on the woman who gave her name to the period, Queen Victoria herself?

Looking into her life, I discovered a terrific tale to tell, one that included family drama, palace intrigue, and a great love story, all involving a woman of singular character.

Sir Henry Ponsonby, who was the queen’s private secretary from 1870 until 1895, said this of her: “Never in her life could she be confused with anyone else, nor will she be in history.” How right he was! Do I need to say that I was hooked?

Q: How did you research her life, and did you find anything that especially surprised you?

A: My research always draws me to primary sources, in this case to documents written by Queen Victoria and others who knew her or had an opinion to share about the queen and her activities. 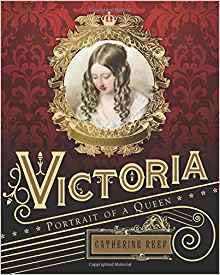 Many of Victoria’s letters and journals survive, as do letters and reports written by such individuals as her husband, Prince Albert; her grown children; and her prime ministers. Charles Greville, clerk of the Privy Council, and American writers traveling in Britain were among the individuals who recorded their impressions of the long-reigning queen—and have been a big help to researchers like me.

Newspapers and magazines of the day were invaluable as well, because they offered descriptions and details of significant events, from the queen’s coronation and wedding to the early death of Prince Albert. And my desire to see Victoria’s world with my own eyes brought me to England!

What surprised me? There was so much in Victoria’s story that I didn’t expect. Did you know that she authored a popular book? She was eccentric in her dress, she gulped down her food, and she had friendships with servants that were considered shocking in her day.

But queens, despite their titles and trappings, are just people. As we get to know anyone well, whether a historical figure or a new friend, the person will reveal talents and idiosyncrasies that are bound to surprise us. That’s part of the joy to be found in exploring biography, or simply in making friends. 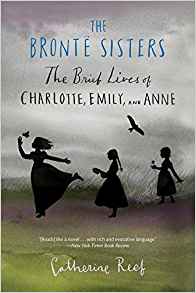 Q: What do you hope readers take away from Queen Victoria's life story?

A: Ideally, as they proceed through Victoria’s story, readers will find some aspect that engages their interest or understanding. Maybe they will recognize something in the child at odds with her adult caregivers, or feel for the lonely teenager longing for friends her own age. They may root for Victoria when she is a young queen thrust onto the world stage and into an enormous role; or perhaps they will thrill as she falls profoundly in love.

Making such connections draws readers into Victoria’s world and deepens their understanding of history. Britain in the nineteenth century was a place of enormous optimism. Its people experienced great change, scientifically, politically, and in the arts.

Of course, I also hope that readers will savor the enjoyment that comes from reading a good book!

A: When Victoria was a child, in the 1820s, the royal family had a reputation for loose morals and corruption. Infidelity and overspending were a way of life for King George IV and his numerous brothers.

Victoria changed the tone of royal living as she and Albert came to represent the devotion to children, home, and hearth that characterized middle-class Victorian life. Since then, Britain’s monarchs, albeit with exceptions, have continued to be exemplars of conventionality. So part of Victoria’s legacy is this enduring respectability. 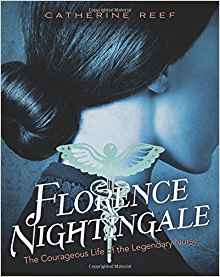 Queen Victoria also serves as a model for what a female in power can be. She sometimes had to conquer her volatile emotions in order to perform her duties, but she held a vision of Britain as a leader among nations and worked to expand the British Empire and her country’s influence abroad.

She supported Britain’s armed forces and servicemen in times of war, and she acted to improve living conditions for her subjects, although one can easily make the case that she could have done more. In 1887, following the example of Florence Nightingale, whom she admired, she established Queen Victoria’s Jubilee Institute for Nurses, which trained women to care for the sick poor.

In her public life Victoria helped pave the way for powerful women such as Margaret Thatcher, Theresa May, and Angela Merkel.

Q: What are you working on now?
A: In 2018, the 200th anniversary of the publication of Frankenstein, look for my biography of its author, Mary Shelley. Hers may be the most sensational story I have told, since it involves a scandalous elopement, a shocking seduction, out-of-wedlock births, and a number of early deaths—including suicides and drownings.

In fact, I have stated that if this book were a novel, readers would call the plot implausible. But it is nonfiction, an account that includes one of the most famous marriages in literary history. It is also an introduction to an important early female—and feminist—novelist.

And after that? I am interested in writing about a figure from the world of theater, and maybe then a painter. Like all people who love their work, I am always looking ahead to what’s next.

A: Sometimes, by lucky coincidence, a film or television biography is released close to the publication date of my book on the same subject. This was the case with Victoria: Portrait of a Queen. The British television drama series Victoria premiered in August 2016 and will conclude with a 2017 Christmas special.

And the motion picture Victoria & Abdul, starring Judi Dench and Ali Fazal, which focuses on the aging queen’s friendship with a younger Indian servant, arrived in U.S. theaters on September 22, 2017.

My book is an accessible resource for viewers curious to know more about Queen Victoria, the people around her, and the world they inhabited. Readers can also have fun comparing the screen versions against the printed page, to discover where filmmakers exercised creative license and altered history to suit their needs, as they have occasionally been known to do.

--Interview with Deborah Kalb. Here's a previous Q&A with Catherine Reef.
Deborah Kalb at 6:57 AM
Share