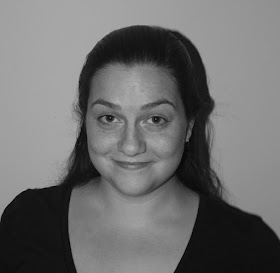 Sara Taylor is the author of the new novel The Lauras. She also has written the novel The Shore, and her work has appeared in a variety of publications, including The Fiddlehead, The Fog Horn, and Granta.

Q: How did you come up with the idea for The Lauras, and for your characters Alex and Ma?

A: The Lauras was originally going to be a short story that begins with a small child being kidnapped from their parents’ house. I had planned for it to be slowly revealed that the kidnapper was a relative who had taken the child for very good reasons, but before I could get there it became clear that the narrator I was writing was much older than the four or five-year-old I had envisioned.

I liked that voice too much to throw it away, and I recognised the situation that Alex was in, of not wanting to question the parent in charge not because you think they know what they’re doing but because you’re worried they don’t, as one that I’ve been wanting to explore in fiction, so I went with it. Both of their characters then developed out of that initial point of tension. 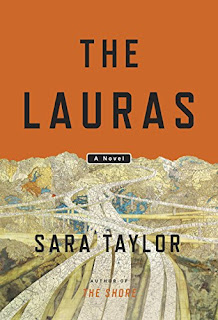 Q: How would you describe the relationship between your two main characters?

A: At the beginning of the book Alex and Ma have a very firm parent/child dynamic. Alex is hesitant to question anything Ma does, and Ma continuously forgets that Alex might have opinions about the situations she puts them in.

As their adventure progresses they both begin to realise that the other is an individual apart from the role of “parent” or “child.” Though they both start respecting that individuality, they never completely transcend the original dynamic; Ma calls Alex “kid” to the very end, and Alex never tells the reader what Ma’s name is.

Q: One of the issues in the book involves gender nonconformity. Why did you decide to include this theme in the book?

A: Alex developed as an agender character the same way that the male and female characters I’ve written have developed as male or female: it was just the flavour of human that felt right. I’ve known probably more than my fair share of genderfluid and nonbinary people, so it felt natural to write about a nonbinary character.

After I started sharing the draft of the novel around and getting questions about why Alex was agender I started realising that there isn’t much naturalistic representation of gender nonconformity in fiction. 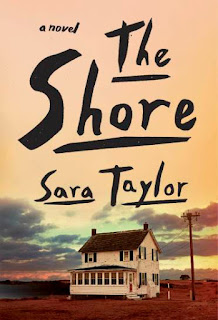 The more people who had read the book insisted that “there are only two genders” and “everyone is born knowing which gender they are,” the more important it became to me  for that aspect of Alex’s character to be preserved.

A: When I started out I had a rough idea of the emotional territory I wanted to cover in the book, and I knew the stories that Ma would tell about her past along the way.

Those two things served as the guides for the writing of the rest of the book. The possible outcomes of the book changed with each story Ma told, but I think all of the changes were necessary to creating the book as it is.

A: I’ve been working for about four years now on a novel about a couple who decide to homeschool their children in reaction to the 1980’s Satanic Panic, and the ways that their efforts to prevent their children from making the same mistakes they have backfire.

It’s gotten to the point that I desperately want to abandon it and start something else, so that probably means that it’s nearly finished.

A: I love a good book recommendation. For the past nine years I've been in some form of higher education, and therefor semi-force fed a very straight, white, dead, male selection of authors. Now that I can read what I please again I'm trying to make up for lost time.