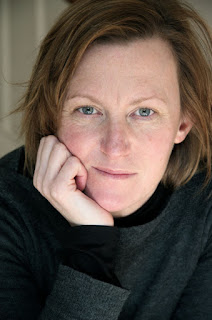 Gilly Macmillan is the author of the new novel Odd Child Out. She also has written The Perfect Girl and What She Knew. She lives in Bristol, England.

Q: How did you come up with the idea for Odd Child Out, and for your characters?

A: I have always loved stories about friendship, and particularly the intense sort of friendship which can develop when we are children and teenagers.

One day, I had an idea about a dreadful yet mysterious incident happening to two best friends. The incident leaves one of them unable to say what has happened and one refusing to say.

As is often the way with an idea that develops into a novel, this one wouldn’t leave me alone. What could possibly have happened to them, I wondered, to trigger such a heart-breaking outcome?

Q: Abdi, one of your main characters, is from a refugee family. Why did you choose to incorporate this theme into the novel, and given the political climate surrounding refugees and immigration issues, what do you hope readers take away from the story?

A: One of the things I like most about the crime and thriller fiction genres is how both have historically been unafraid to dig into contemporary society and its issues from a human angle.

My home city of Bristol, where all my books are set, has refugee communities from all over the world. For the most part Bristol prides itself on being an inclusive, welcoming city, but tensions still exist here, as elsewhere, around the issue of refugees. 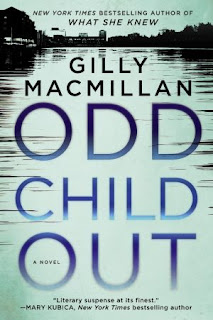 I wanted the book to reflect that situation. I saw it as an opportunity to introduce tensions into the story that would resonate with many of us, by exploring the different ways in which a refugee family and a non-refugee family might react to the situation their loved ones are in, and how people around them – the police and the public – might react, too.

Writing from the point of view of the Somali-British characters in my book was inevitably a tremendous and daunting challenge. I did months of research to help me understand some of the experiences they may have gone through, but in the end, I left almost all of it aside and concentrated on developing their characters with empathy, above all else.

That is the message I would most like people to take from this book: that every person is deserving of our empathy first and foremost, not just in fiction, but in life.

Q: Do you usually know how your novels will end before you finish them, or do you make many changes along the way?
A: I usually have only a very loose idea of how I want my novels to end before I finish them. I might start a novel with just a compelling scene or character in mind and work out the rest as I write, though usually it’s not long before I begin to form a plan.

The plan won’t be much at first: it sometimes consists simply of major plot points and a rough shape of the ending for each of the characters. The rest of the detail will come as I write more. All my best ideas emerge then. 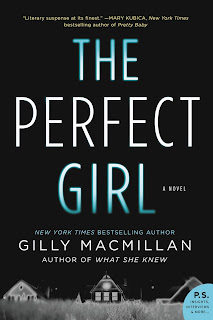 For me, there’s a certain intensity to the act of writing that creates much better ideas than those I might have when I’m sitting staring at a blank page where I’d like a plot outline to be.

The downside of my process is that it can involve an awful lot of rewriting and editing as my first draft can be a bit of a mess.  I don’t mind that too much, though, because that’s when you begin to shape your work into something that is – hopefully – a good book.

Q: You bring back your character Detective Inspector Jim Clemo in this novel. Do you think he’s changed since his previous appearance?

A: I think readers will certainly recognise the Jim Clemo they know from What She Knew, but there’s no doubt his time away has changed him.

At the start of Odd Child Out he is a man who is very much aware both of his potential for failure and of the fact that he must fight to regain the trust of his colleagues. Memories of the Ben Finch case linger for him, especially as his new case involves young people, too. Life is not straightforward.

However, he remains ambitious and determined to rebuild what he has lost both personally and professionally and he seizes on the case in Odd Child Out to help him do that.

The case in Odd Child Out tests whether Jim has learned to put aside his personal feelings and do his job with the professional detachment required. 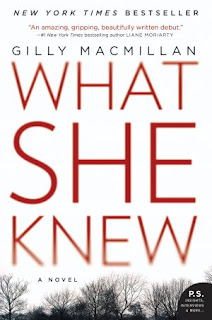 As in What She Knew, there is a chance that Jim’s empathy for the victims and their families could affect his decision-making in Odd Child Out. It’s what I love about him but it can cause him problems, too. I hope readers will enjoy this new encounter with him.

A: I have just delivered my fourth book to my publishers and I’m waiting to hear what edits they will suggest – always a nervous time! The book’s working title is Time To Tell, but that might change.

It’s a standalone novel introducing a new detective. It tells the story of a podcaster, Cody Swift, who returns to Bristol 20 years after his two best friends were murdered to investigate whether the man originally convicted for the crime is guilty or not, after suggestions are made that his conviction could have been wrongful.

The book is narrated via the podcast itself, the mother of one of the victims and the detective involved both in the past case and a present-day investigation involving a skeleton dug up near the site of the boys’ murders. This book was so thrilling to work on! I hope readers are going to love it as much as I do.

A: I have exciting plans for my fifth novel! As I wait for edits on Book 4, I am turning my mind to research for the next one. It’s another standalone, and my agent has been working with me to develop a terrific idea for it.

Readers might recognise at least one of the characters from What She Knew and Odd Child Out in this book, though I’m not saying who that might be just yet!  Watch this space…