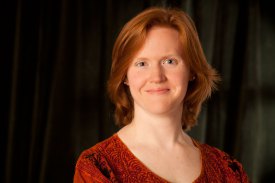 Tara Sullivan is the author of the young adult novel The Bitter Side of Sweet, a winner of the 2017 Children's Africana Book Awards. She also has written the YA novel Golden Boy. She lives in Massachusetts.

Q: How did you come up with the idea for The Bitter Side of Sweet, and for your three main characters?

A: When I decide to write a book, it’s because I’ve found an issue that won’t let go of me: some injustice that resonates deeply.

Researching the human rights issue leads me to the setting: The Bitter Side of Sweet needed to be set in the Ivory Coast because it is both the largest producer of cocoa in the world and has, at a conservative estimate, over 200,000 children working in unpaid and un-free conditions to do so.

Once I know my setting, I move on to character. Whose voice is the best one to tell the story I need to tell? Whose experience would be most representative of the conditions I want to reflect? For The Bitter Side of Sweet, my answer to those questions led to my trio of Amadou, Seydou, and Khadija.

I try to pick characters that are representative of the children involved in the injustice: for example, in The Bitter Side of Sweet, Amadou and Seydou are brothers because, though boys and girls are trafficked out of Mali into the Ivory Coast in about equal numbers, it is the boys who are predominantly sold to the cacao farms, while the girls are split between farm work, domestic labor, and the sex trade.

Amadou always had a strong voice in my head, and his emotions were ones I could relate to. Seydou, as the younger brother Amadou needs to protect, is the one to keep him human in inhuman conditions. 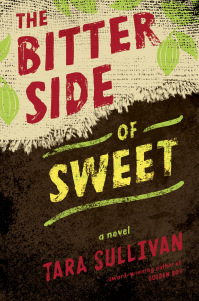 And Khadija is my catalyst. She explodes onto the scene with enough force to counter Amadou’s studied passivity, refusing to let others dictate her decisions. I love Amadou’s perseverance, Seydou’s sensitivity, and Khadija’s grit. All three of them were needed to tell the story of the kids who struggle to survive today’s chocolate trade.

A: The thing that surprised me most from researching The Bitter Side of Sweet wasn’t any one fact, but the very nature of the research itself.

For my first book, Golden Boy, I was fortunate enough to be able to travel to Tanzania to trace the path of the book, and interview people on the ground.

However, when I was booking my ticket for The Bitter Side of Sweet, journalists in the Ivory Coast were being imprisoned for asking too many questions about chocolate. This danger led me to abandon my trip, a decisions that forced me to reimagine what good research would look like.

I went back and re-examined the types of learning I gained from my trip to Tanzania—everything from the color of the dust, to little setting details, to the transformative experience of talking, in-person, with experts in the field—and I tried to find ways to replicate each of those without the travel.

In the end, I had someone who had grown up in that region of the Ivory Coast read the manuscript to check the tastes of the food and the colors of the taxis.

I had a preeminent journalist who had spent years in the Ivory Coast researching these abuses read the manuscript as well to make sure that I was representing the issues accurately.

And, lastly, I took a trip to a fair trade cocoa farm in Haiti, to learn first-hand the process of growing cacao and making chocolate.

Merging these disparate sources, I was able to feel confident that the book held up an accurate mirror to reality. Any remaining errors or omissions are, of course, my own. 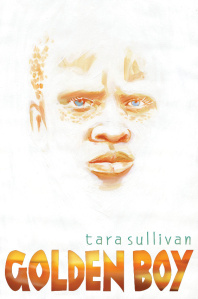 Q: What do you hope readers take away from the story, especially when it comes to the conditions cacao workers face?

A: My biggest hope is that readers walk away just a little bit more curious about the chain of events that give us all our favorite luxuries.

Chocolate is something that seems so wonderful, so harmless. If slavery can exist in its commodity chain, where else might injustice be present?

I believe that the first step to someone making choices for meaningful change is developing an awareness that an asymmetry exists in the world. Only then can we decide to do something about it.

A: I never know how my novels will end! I generally begin with a fairly solid sense of the first third of my books. From there, I have to figure it out as I go along. Every choice a character makes has consequences… I am in awe of people who know all their characters’ choices ahead of time and can plan out a whole book!

A: I’m actually working on two books with my editor at the moment! Currently, neither one has an official title or publication date, but here’s a sneak peak at what’s to come from me in the next few years:

One book is set in the mining city of Potosí, Bolivia where the price of the mountain’s riches has always been human suffering.

Today, miners who survive the toxic gasses, unpredictable explosions, and occasional tunnel collapses face a life expectancy of ten years from the day they begin work. Over 3,000 children ages 6-16 currently work in the mines of Potosí.

My book tells the story of one girl who, refusing to accept a future defined by the crushing inertia of four and a half centuries of generational poverty, fights to escape the grasp of the Mountain That Eats Men.

The other is set in Bali, Indonesia. As the fourth most populous country in the world, Indonesia has over 250 million people, yet only 700 psychiatrists.

Without a mental health system, families resort to pasung: a practice of shackling people with mental illness in a confined space indefinitely. Though it has been outlawed since the 1970s, approximately 19,000 people currently live in pasung.

My book tells the story of two brothers affected by this practice and their struggle to define family, responsibility, and reality in a world where pasung is seen as the only available treatment for mental illness.

A: That’s it for now! Thanks so much for interviewing me.