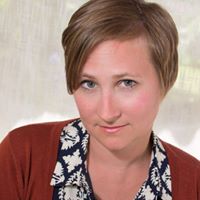 Jessica Brockmole is the author of the new novel Woman Enters Left. She also has written the novels Letters from Skye and At the Edge of Summer and contributed to the anthology Fall of Poppies. She lives in northern Indiana.

Q: How did you come up with the idea for Woman Enters Left, and for your character Louise?

A: When researching and writing historical fiction, I always have more material than I can use in the work-in-progress. Uncovered history, unused bits of research, and unexpected ideas all get jotted on blank index cards and tucked into a box.

When I’m brainstorming a new novel, I pull out my cards, spread them out, and pull together ones that could make a whole story. 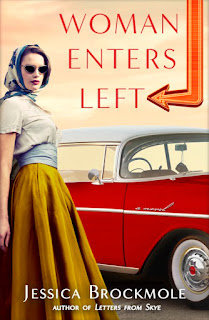 Woman Enters Left was the intersection of a few of those cards. Golden Age Hollywood, the House Un-American Activities Committee, Route 66, road travel in the 1920s, the Radium Girls. I plucked these index cards from my stack and thought of how I could tie them all together to make what I hope is a compelling story.

I knew my main narrator would be from the ‘50s and would be from Hollywood, but the story of her genesis isn’t very complex. Louise strode fully-formed into my imagination and demanded I give her a car and a road map. I was happy to oblige!

Q: The book includes so many details from the 1920s as well as the 1950s. What kind of research did you do to recreate those time periods, and did you learn anything that especially surprised you?

A: I researched the 1920s and 1950s largely through the words of the people who lived them. I looked at maps, travel guidebooks, magazines, advertisements, postcards, automobile manuals, and budget books. 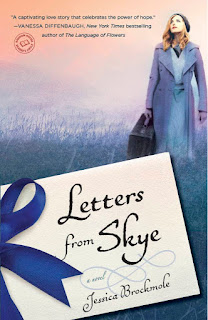 I researched the Radium Girls through medical reports and court proceedings. I read newspaper accounts of the Red Scare, blacklisting, and HUAC trials, as well as communications by those affected.

I pulled these different types of documents into the novel’s narrative. If I’d learned my characters’ stories through these documents, why not tell them through the same (but fictional) documents?

Q: Louise travels eastward across the United States in 1952, while her mother made the reverse journey in 1926. Why did you decide to focus on these road trips, and what do you think they say about the characters?

A: I’ve been fascinated by the National Old Trails Road—the almost forgotten older sister of the Mother Road herself, Route 66—and impressed by the intrepid adventurers who set off across her in the 1920s, before motels, before frequent diners and gas stations, even before regular paving.

[I wanted] to compare these brave and adventurous travelers of the ‘20s to those of the ‘50s, driving their boats with the comforts of radio, air conditioning, and regular Shell stations along the way. 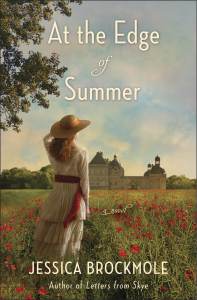 It’s a contrast to be mined and one to help define my two sets of travelers—the reserved, steady, and privileged Louise, and, those decades earlier, Ethel and Florrie and their breathless boundary-pushing, both on the road and in their friendship.

A: Woman Enters Left was the title that I always had on my working drafts and, after a lot of brainstorming and shooting potential titles back and forth, we decided to stick with that working title.

Not only does Woman Enters Left suggest the film and screenwriting aspect of the story, being a stage direction, but it also symbolizes Louise “entering” the story from the geographical left.

A: I’m working on something inspired by some research I’ve done on single women and the magazine industry in the 1920s, but I’m not far enough into it to reveal much more than that. I hope to be able to say more about this project soon!