Janet Benton is the author of the new historical novel Lilli de Jong, which focuses on an unwed mother in 1883 Philadelphia. Her work has appeared in a variety of publications, including The New York Times and The Philadelphia Inquirer. She has taught writing for many years, and she lives in Philadelphia.

Q: You note that you came up with the idea for the book when you were caring for your baby. What specifically inspired the creation of Lilli?

A: That’s where the mystery comes in, where her specific voice came from. I was learning about wet nurses in history and nursing my daughter, and I started hearing a young wet nurse railing about the unfairness of her circumstances. The young man paid no price for their night of indiscretion, and look at her. It was an act of empathy, I suppose. A character began to take shape.

Q: What kind of research did you do to recreate Philadelphia in the 1880s, and did you learn anything that especially surprised you?

A: I was surprised at how much people hated and still hate unwed mothers. They had sex without being married, whether it was consensual or not, yet these people didn’t and don’t hate the woman’s partner or rapist. The woman alone bears the shame and the hatred.

In my research, I learned that these young women were shunned, hounded on the streets, victimized over and over. They would hide their pregnancy with tightly laced corsets, but that eventually would become too painful, and imagine what that would have done to the baby.

And most hospitals were unwilling to take these women. That’s why they ended up on the street or in the public almshouse. 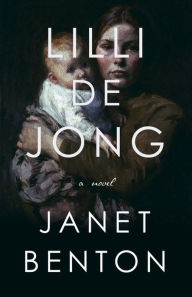 In the records book of the institution I based the Haven on, I learned that there was what they called an outbreak of puerperal fever at the institution—it was caused primarily by doctors not washing their hands and instruments sufficiently, though when other doctors tried to reform this dangerous practice, they did not respond kindly.

The hospital needed to clean out the facility, which is how such outbreaks were addressed. So they needed a place to shelter about 12 young women who were about to give birth.

Yet at hospitals in the city these women were refused entry; the directors were told, in essence, “If one of your unwed mothers comes here, no respectable woman will enter these doors.” The charity directors had to shelter the young women individually, in private homes, which made it harder to get them the care they needed.

This really shocked me, and it really shocked the people who ran the institution. The story goes that two doctors from the almshouse founded this haven for young women so they wouldn’t have to be among the insane, the fornicators, the criminals at the public almshouse and hospital.

Q: Lilli is a Quaker. How does religion affect her throughout the book?

A: The choice to make her a Quaker was necessary because of two primary features of the religion at that time. They were extremely strict, bound by rules they called The Discipline. If you did this or that, you would be spoken to, and if you didn’t repent, you couldn’t return.

And since I needed her to be on her own, outside the protection of a community, it was convenient for her father to have been disowned by the Meeting and for her to decide not to attend any more.

Another useful feature is the foundational belief of Friends that God speaks directly to those who open. This enabled Lilli to have a sense that it was right, even godly, to keep her baby. In many religions, the load of shame would have been so powerful that she might have crumbled, but this religion gave her a foundation to stand on, instead.

A: This took a while to emerge. But I don’t want to give away the ending of the book. I will note, though, that many Victorian novels about unwed mothers have tragic endings, except The Scarlet Letter. Thank you, Nathaniel Hawthorne!

That is actually quite a radical novel. Hester Prynne becomes, in essence, a feminist social critic at the edge of a village, and women come talk to her. And her daughter, Pearl, marries a European nobleman.

A: I’m working on trying to give this novel a chance of going far in the world! But I also have three novels in various states of development. Either I need to figure out how to combine one or two, or something else will hit me over the head, or I’ll focus on one. But first I need to replenish my bank account.

Q: Anything else we should know about Lilli de Jong?

A: I didn’t want to replicate the tragedies we’re quite familiar with and experience so often in the news and through television and movies, where we so often endure the debasement of women. I wanted Lilli to be a heroine who would make people see what women endure and that we can prevail.