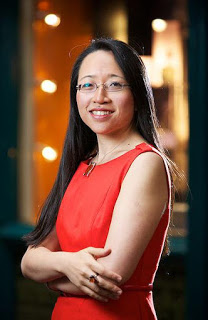 Eugenia Cheng is the author of the new book Beyond Infinity: An Expedition to the Outer Limits of Mathematics. She also has written How to Bake Pi. She is the Scientist in Residence at the School of the Art Institute of Chicago, and an honorary fellow of the University of Sheffield.

Q: Why did you decide to focus on infinity in your new book?

A: Infinity is something small children can think about and be intrigued by, but it took mathematicians thousands of years to understand how to deal with it logically.

I love that big gap between the idea and the explanation. For me it means there's an interesting journey there and lots to see along the way. More concretely, people often tell me that their children have asked them something about infinity and they don't know how to answer: this book is my answer!

Q: You begin the book with a comparison of airports and boat travel. Why did you start there, and what do you see linking your feelings toward math and travel by boat?

A: I think one of the misconceptions about math is that it's all about getting the right answer. But this is like thinking that all journeys are just about getting to a destination.

I started the book by talking about different types of journey to remind us that some journeys are about getting there, but others are about the experience of travelling, and what you see along the way. 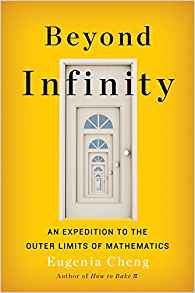 In the same way, some parts of math are more about the process than the endpoint, and are about the exhilaration of travelling, and the things you see along the way.

Those are my favourite parts of math, actually, but rarely the ones you get to see in school. That's why I'm on a mission to share them widely.

Q: In the book, you write, "Mathematics suffers a strange burden of being required to be useful. This is not a burden placed on poetry or music or football." Can you say more about that?

A: Math is thought of as being useful, and too often we encourage young people to keep studying it because of career prospects. It's true that math is useful, and being good at math does make you very employable in a wide range of careers, not just obviously mathematical ones like finance.

The trouble with this, in my view, is that saying something is useful does not make it sound interesting. Also, it means that anyone can then dismiss it by saying they don't want to do any of the things it's useful for.

I think this is further backed up by the fact that most people really don't use much math in their daily lives: maybe some basic arithmetic and percentages at most, but we can all get our phone calculators to do that.

I would rather get people interested in math by showing how it can be fun and fascinating.  We don't seem to get children to play sport by telling them it's good for them - it's more likely that parents simply share their enjoyment of it naturally with their children.

I saw a meme this week complaining about being having to learn parallelograms at school, which are not useful for anything, instead of something really useful like How To Do Taxes. 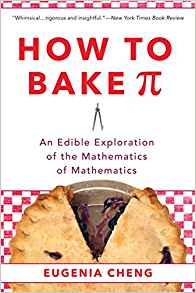 It makes me sad that math is seen as something pointless unless directly useful. Would anyone suggest a How To Do Taxes class instead of poetry, or sport, or music?

Q: What are some of the most common perceptions and misperceptions about the concept of infinity?

A: One of the common perceptions is that there's nothing much to say about it: it's "just" the biggest possible thing. But there is a vast amount to say about it - one might say...an infinite amount. [Sorry!] It's a good example of an apparently simple idea that seems to make sense until you really scrutinise it logically, at which point it falls apart.

Unfortunately there are plenty of ideas like that floating around. One response is to simply avoid scrutinising things logically, but as a mathematician I am not satisfied with that approach.

One of my aims is to persuade people that it's rewarding to explore why something falls apart under logical examination, and enlightening to work out how to fix it.

A: I have many different projects on the go at the same time. I am doing a series of workshops for New York public school teachers, sharing creative math projects that I have developed while teaching art students at the School of the Art Institute of Chicago.

I am also teaching a minicourse on my research subject, Category Theory, to high school teachers at Math for American in New York.

I have a new monthly column in the Wall Street Journal called "Everyday Math", in which I talk about the ways in which I see the world around me mathematically, but not just in terms of numbers.

The most unusual project is that I am just finishing my first art commission, some large mathematical chalkboard installations for Hotel EMC2, a new hotel in Chicago that celebrates the intersection between Art and Science.
I also continue to run the Liederstube, my art song salon in Chicago, and have several concerts coming up with some wonderful singers.

And I am always working on my technique for making French macarons.