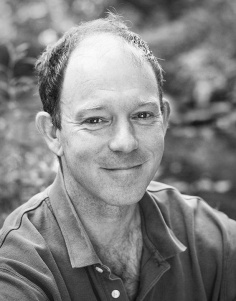 McKay Jenkins is the author of ContamiNation: My Quest to Survive in a Toxic World, which was previously published as What's Gotten Into Us?. His other books include Poison Spring: The Secret History of Pollution and the EPA, written with E.G. Vallianatos, and Bloody Falls of the Coppermine. Jenkins is a professor of English, journalism, and environmental humanities at the University of Delaware. He lives in Baltimore, Maryland.

Q: Your book about trying to stay healthy in a world filled with toxins was recently rereleased with a new title. What are some of the changes you’ve seen in terms of human exposure to toxins since the book was first released?

A: Not a lot has changed, which is predictable and damning of the situation. The primary federal legislation, called TSCA [the Toxic Substances Control Act], part of the post-Silent Spring, post-EPA period of the early ‘70s, has not changed since it was first passed, though it now looks like Congress may finally be reaching a compromised update of the law.

This is long overdue; chemicals are far more ubiquitous now. I’m in a university office—the paint is chipping off the sill, there’s synthetic upholstery, there’s acoustic tile, things made of petrochemicals. 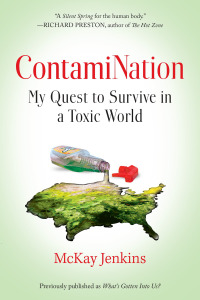 The new law also runs the risk of being dramatically underfunded—as with all regulation, three’s no point in passing laws unless they can be enforced.

Lastly, the law allows companies to dictate up to half the chemicals the EPA will assess for safety, and allows them to call some chemicals “low hazard,” which means they wouldn’t be subject to a strict scrutiny.

Who (and what) will determine whether a chemical should be on the list? If a chemical was dangerous but highly profitable, will companies be allowed to protect them from EPA oversight?

Q: So the situation is worse and until now the laws have not changed to keep up?

A: The chemicals are more ubiquitous. They’re part of the daily routine. We’ve started to chronicle and quantify public health concerns. Cancer rates are only one thing we’re talking about—there are also developmental problems, early-onset puberty in girls, low sperm count in boys.

The Associated Press did a study that tested 50 municipal supplies. When people take antidepressants or Viagra, the body takes up a certain amount and the rest is excreted. A lot of this is floating around in the water.

Studies in the Potomac have found transsexual fish. Organizations are studying [whether this is] from an excess of man-made hormones disrupting the chain. If it’s happening to fish, it’s probably happening to us, too.

Q: How was the new title chosen, and what does it signify for you?

A: The publisher, Avery, an imprint of Penguin Random House, wanted to repackage it and make it more obviously a public health title, make it clear the issue was not individual people suffering but ambient for everybody.

Second, this was not a book written by a bench scientist but somebody writing in a narrative way, much of it in the first person: I was shopping in a big-box store, I was looking at a water treatment plant.

Q: What do you see looking ahead when it comes to our ability to “survive in a toxic world”?

A: I am about to write an essay for the local PBS affiliate in Baltimore about a program I started at the university—Environmental Humanities. We study the environment from multiple perspectives, looking at culture, history, religion, spirituality, human behavior.

What are we supposed to do? One thing is to get angry [with corporations or the government]. Or there’s a softer approach—we need to be aware of where we are emotionally, culturally, spiritually in relation to this.

You read yet another story about glaciers melting or a cancer cluster, people read this and get in a defensive crouch, they get angry or demoralized. The toxic chemical thing seems so big, people don’t know how to respond.

If you’re worried about climate change, you can drive a Prius—but that’s not going to solve the global problem. With toxins, you can rid your house of them but you’re surrounded in your office.

We can take a page from other traditions—the stages of grief. In denial—most of us have been there for 50 years. It’s hard to deny climate change, cancer, invasive species, all these giant problems. Then we go into anger and resentment. Now, a lot of people are in grief, acknowledging things have gone off the rails.

To choose a life where endless consumer products are available, we have traded stuff that’s more enriching—our forest, species diversity, any sense that we have control over our own health.

That’s not a scientific problem, it’s an existential one. People’s engagement with the world—they assume something mildly or more catastrophic will happen to them. These are byproducts of consumer [culture]… 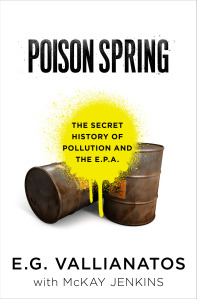 Q: You’ve also co-written a book called Poison Spring. How did you come to work with E.G. Vallianatos on that book?

A: When What’s Gotten Into Us? came out, an editor at Bloomsbury liked the book and had a manuscript that needed reworking.

It was written by Evaggelos Vallianatos, a 25-year veteran at the EPA. He spent time collecting documents, observing the way a lot of industrial [executives] were manipulating policy. He was there in the late ‘70s through the early Obama [period]. He had thousands of pages of documents from inside regulatory agencies and needed help getting it into coherent narrative shape.

A: I just handed in a new manuscript about genetically modified food, looking at the infrastructure, corporate and scientific, that lies under the food we eat. Industrial food is raised by giant industries far from our vision. With genetic manipulation, it’s created in ways we don’t understand.

It looks at science, economics…are these healthy? Are they beneficial? You hear a lot of chatter about GMOs, but [few have information] on what they are…

A: There are things people can do that are practical—be mindful about looking at labels. Refuse to buy [from companies that don’t provide information], reward companies that tell you a lot. Shop smarter.

Second, if you’re politically minded, pay attention to the issue when it rises to a legislative plan. Maryland passed a law banning pesticides that kill bees—the Pollinator Protection Act. They realized that if you don’t ban it, it can do lasting damage. Bees pollinate one-third of the food we eat.

Lastly, try to figure out ways to be more aware of the culture you live in and exist in a more benign way. The consumer thing is a bit out of hand.

--Interview with Deborah Kalb. For a previous Q&A with McKay Jenkins, please click here.
Deborah Kalb at 5:25 AM
Share