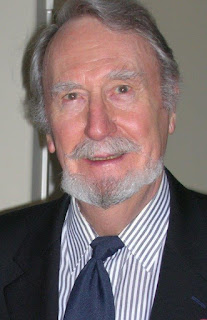 Ralph Hancox's books include the first two novels in The Fabufestan Exposés, a new series of e-books. Book One, Con Job, focuses on the drug trade, and Book Two, Scandalous, looks at human trafficking. His publishing and writing career covers more than six decades, and he lives in Victoria, British Columbia.

Q: Your books were motivated by discussions you had with friends and colleagues about the problems facing the world, including the drug trade, human trafficking, and issues facing the aged. What can you say about these novels’ format?

A: The format of the novels [resulted from my reading] an article by Elmore Leonard, who said in his books he did not describe what his characters were saying — e.g. “He said angrily,” “her next utterance was one of despondency.” The quotations in their actual words should make these things very clear, he said.

I realized that this was true of the dialogue in radio plays, movies, and TV fictional dramas. I had written a few TV plays for the CBC and scripts for the amateur theatre. Leonard was obviously right. And I now had to come up with a setting that made Leonard’s dictum feasible for me in a novel.

The answer was that the setting should, in large part, be one of a documentary filmmaker in which I could put across the context of the actual research that went into developing the plots. Interviews with experts, UN officials and the like. 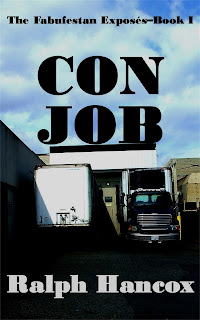 Q: How did your many years in journalism contribute to the creation of these novels?

A: I wound up my career as an adjunct professor and professional fellow at the Canadian Centre for Studies in Publishing at Simon Fraser University. I developed and taught Topics in Publishing Management for the Master of Publishing program from 1994 to 2005.

In journalism, I graduated from the School of Modern Languages at the Regent Street Polytechnic in London — after five years as a pilot in the Royal Air Force.

In 1953 I became a reporter, then news editor at the Weekly Post series of newspapers in Ruislip, Harrow, Hayes, and Heathrow Airport. Editions all published north of London. I emigrated to Canada with my Canadian wife, Peg, who had been in England to witness the coronation of Queen Elizabeth ll.

I worked, first at the Kingston Whig Standard as the “swing man” (it was a six-day newspaper and had a five-day work week). On my swing days, I covered the accident beat, the municipal council meetings, board of education affairs, the chamber of commerce, obituaries, and all kinds of special assignment, amateur theatre, art shows, concerts and so forth.

From there I went to the Peterborough Examiner as associate editor; then editor in the ‘60s when Robertson Davies went to be Master of Massey College at the University of Toronto. I was awarded the Nieman Fellowship for Canadian journalists in 1965-66 and later in that year I was awarded the National Newspaper award for editorial writing. 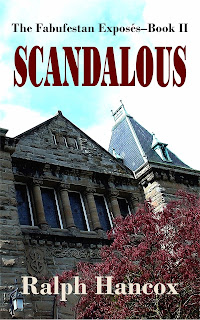 Q: What do you hope readers take away from these books?
A: I wrote them, in the first place, to show the family that I was not non compos mentis in my old age (I’m 86 this year) and never thought they would ever be commercially published. I’m waiting to see if, in the unlikely event that they are reviewed by anyone, what the market says people might take away from reading them.

A: For several years, I have been preoccupied with the failing health and surgical interventions, of and for, dear Peg, my wife. Her demise last September severely distressed our four progeny and myself, of course.

She was described by family and friends as “gracious,” “warming,” “kind,” “above the norm,” “bastion of a happy family,” “an extraordinary woman” with “a great and mischievous sense of humour.”

She, who had typed my first unpublished novel (The Ape and the Peacock) more than 50 years ago while looking after the household and raising four kids, kept my nose on the computer keyboard. You can tell that her untimely loss was devastating to us all.

During this sad time, I put everything else aside to help take care of her and look after the household.

Will I now get down to the “abuse of the aged” as another Fabufestan Exposé? Who knows. We shall see…