Tracy Borman is the author of the new biography Thomas Cromwell: The Untold Story of Henry VIII's Most Faithful Servant. Her other books include Elizabeth's Women and Henrietta Howard. She is England's joint chief curator of Historic Royal Palaces and chief executive of the Heritage Education Trust. She lives in Surrey, England.

Q: Why did you decide to write a biography of Thomas Cromwell, and how do you feel your portrayal of him differs from those of other historians?

A: I am a Tudor historian and have long been fascinated by Cromwell, but I have to admit that the inspiration came from reading Wolf Hall and Bring Up the Bodies. Hilary Mantel provided such a compelling alternative vision of Cromwell that I wanted to find out the truth.

In doing so, I focused much more on Cromwell the private man, not just the public figure, as other historians have tended to do. 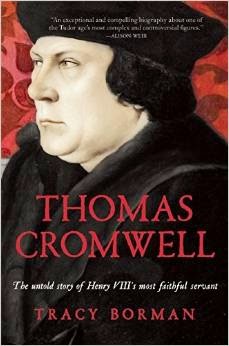 Q: Can you say more about Mantel’s description of Cromwell?

A: I think it's very authentic. Hilary Mantel may have written a fictional account, but it is backed up by a tremendous array of historical research.

Of course, as a novelist she has had to fill gaps that exist in the sources (such as about his relationship with his wife, which sadly is only patchily covered by the records), but she gives us a very convincing portrayal of the man. I do think he was perhaps a little more ruthless, but then you had to be to survive in Henry VIII's court.

Q: You write of Cromwell that "no matter how greatly he might cherish religious reform, this would always take second place to his service to the king." How committed was Cromwell to religious reform, and how would you characterize his relationship with Henry VIII? 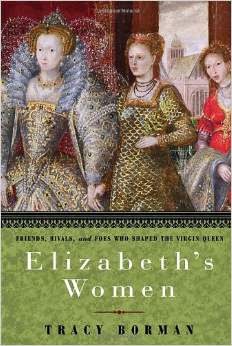 A: Cromwell has often been portrayed as a cynical bureaucrat who masterminded the Reformation for personal and political gain, but he was genuinely committed to reform. His library was filled with radical texts that could have had him executed for heresy; some of his closest friends were reformers; he went to great risks to further the cause. But he was not going to die for his faith - he was a pragmatist above all.

Q: You describe Cromwell as "a victim of his own success." What were some of the factors leading to his downfall?

A: A lot of attention has been given to the Anne of Cleves fiasco. Cromwell arranged Henry's fourth marriage in the interests of reform (Cleves, like England, had ejected papal authority) but it was a disaster.

That episode certainly did him no favours, but it was not the cause of his downfall. That was partly due to the machinations of his archenemies, the Duke of Norfolk and Stephen Gardiner, and partly due to the increasing paranoia and fickleness of King Henry. He made Cromwell Earl of Essex in April 1540 and had him executed three months later. Unpredictable is an understatement. 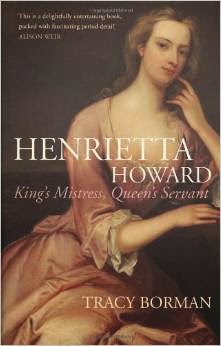 A: The Private Life of the Tudors. A book that will uncover the secrets of the Tudor court and how the monarchs really lived.

A: I'm getting married in the chapel where Cromwell is buried!