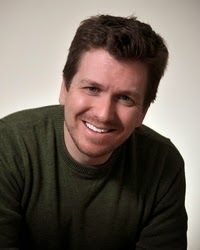 Scott D. Southard is the author of the new novel Permanent Spring Showers. His other books include A Jane Austen Daydream, My Problem With Doors, and Maximilian Standforth and the Case of the Dangerous Dare. He lives in Michigan.

Q: You’ve said that your new book originated as a screenplay and then as a novel that you created on your blog. Can you share more about the process by which you wrote the novel?

A: Yes, I have a long history with this story. Definitely something I could never escape and it was never a normal project for me. There was something about Permanent Spring Showers that demanded my attention, demanded something new, a spectacle.

A few years ago, when I was in the first year of my blog, I wanted to do something unique for my followers.

A lot of bloggers/authors share fiction on their sites, but I wanted to make it more personal, more intense. I was going to write a novel in “real time” which meant I would be assigning myself to write a chapter a week and I would also write about the experience.

So in a way, the followers were not only following my book but following its creation as well, watching the working of the man behind the curtain. 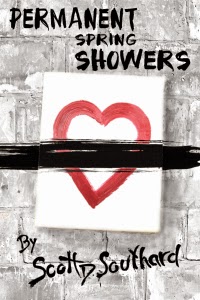 The idea to use this screenplay came to me on a Wednesday night, I wrote the first chapter on Thursday, wrote a post that day about my plan (quickly creating a table of contents, mapping out 25 chapters), and the first chapter was up on that Friday.

It’s really gutsy (or stupid) to just jump into a big project like that, but I did. Again, Permanent Spring Showers always demanded a spectacle.

It was after the second chapter that the new novel had changed from the script. I was in new territory. I should have been terrified, but I wasn’t. I enjoyed watching the book grow and figuring out how it would turn out. Now the book and the script are two very different enterprises.

I worked with an editor at 5 Prince Books and in some ways the book is even different from what people experienced on my site (chapters moved around, etc.). I could not be more proud of the final novel. 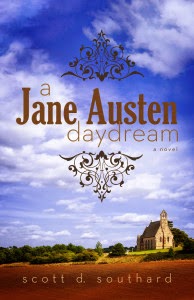 Q: It seems that you wrote this novel piece by piece—was that the case with your other books as well?

A: Since I was writing Permanent Spring Showers for all the world to see and read along, I had to do it in chronological order. This is very opposite to how I normally work.

Typically, when I am working on a book, I let my creativity drive the first draft. Whatever chapter it wants to work on, go for it. When I look back at the first drafts of my other books (like A Jane Austen Daydream) it is obvious that I am usually all over the place.

The creation of Permanent Spring Showers was a one-time experience for me; I can’t imagine putting myself through that again. Even though it was a lot of fun (and, hopefully, also a lot of fun to read). 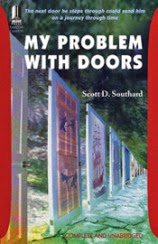 A: For Permanent Spring Showers I think I was inspired in many ways by Charles Dickens. He wrote books in a serial format as well. His was in a paper, mine was on my site. Also, like him I have a large cast, humor, and surprises.

I think Middlemarch by George Eliot also is an inspiration for this one. She has some wonderful character moments in that great work.

Usually, my favorite memories for me as a reader is when an author can truly surprise me, take my breath away. I’m a big Kurt Vonnegut fan, but James Joyce has been an influence as well (even though I haven’t always enjoyed his work).

The character of Jenn Gane makes a lot of references to other writers and poets in Permanent Spring Showers. Some of her opinions are mine as well; not all, but some. 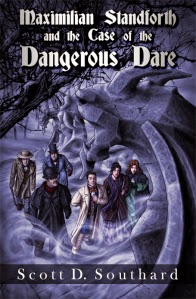 A: I have two things going on right now. I am working on a new novel, but it is too fresh to talk about. It’s still growing.

I do have a novel ready for the world though. It is called Cassandra on the Island. I hope to find a publisher or an agent to represent it. I’m really proud of that one. I like to think of it as an impressionist painting. The beauty in moments, colors. Definitely one of my most poetic and moving works. Hopefully, something will happen with that book.

A: The best way to follow me and my books is to check out my website. I have excerpts, news, and info on all of my works. Plus, I write a lot on different topics. I’m a little all over the place. Blogging is fun.

And besides my new novel, an audiobook has recently been released for my novel A Jane Austen Daydream. It is such a pleasure to listen to the performance by Louisa Gummer, the narrator (I won’t say reading, it is so much more than a simple reading of the book). I highly recommend people check it out as well. It is on Audible and iTunes.