Judy Chicurel is the author of the new collection If I Knew You Were Going To Be This Beautiful, I Never Would Have Let You Go. Her plays have been performed in New York City theaters and festivals, and her writing has appeared in a variety of publications, including The New York Times and Granta. She lives in Brooklyn.
Q: Why did you decide to set your book in the summer of 1972?


A: This is a book I always wanted to write and many of my beach memories began during the 1970s: Long Beach, where I grew up; Martha’s Vineyard, where I lived on and off for five years; Marblehead, off the North Shore of Boston.


I had initially set the collection in the mid-1970s but the story “For Catholic Girls Who Are Going to Hell When the Guilt is Not Enough,” is about an illicit abortion and Roe v. Wade happened in 1973.


Even though abortion was legal in New York before then, this was a very parochial community where there wasn’t a lot of knowledge, access or money around so things were still fairly underground for a lot of women who didn’t know their options and didn’t want to have to exercise them unless they felt forced to by circumstances.


Q: Elephant Beach is almost like another character in the book. You've said previously that it’s based on a series of beach towns, but how exactly did you decide on which details to include? 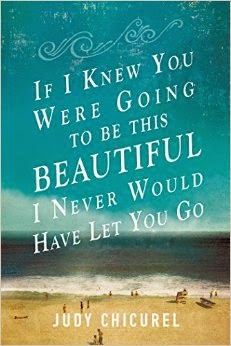 A: It’s interesting you should ask this because I was just thinking that writing these stories taught me something about myself: Though my writing is very character-driven, it’s really the setting, the sense of place that drives my work from the very beginning.


The setting for If I Knew... is primarily Long Beach, Long Island, where I grew up, with bits and pieces of other seaside settings thrown in, all those honky tonk, down-at-the heels, oceanfront hamlets left to seed during the 1970s until federal funds revived decaying wharves and waterfronts along the East Coast and turned them into tourist attractions.


The Starlight Hotel, for example, where much of the action in If I Knew… takes place, is a combination of the old Arizona bar and neighboring Americana Hotel (now a parking lot and condo, respectively) and the former Seaview Hotel in Oak Bluffs on Martha’s Vineyard, which I believe has also been converted to condos.


The beach is, of course, omnipresent throughout the book; you can hear the ocean even when you can’t see it. And all beach towns share certain characteristics; I can remember walking along beaches and boardwalks in Long Beach, Martha’s Vineyard, Falmouth, Salem, Marblehead, watching that rim of gold sinking into the ocean along the horizon, thinking, “I want to write about this,” without knowing exactly what “this” was going to be, or that the motivation would come from the more memorable physical spaces of my past.


Q: How was the book’s title selected?


A: You know, it just came to me one day as the title of the last story in the collection, which I wrote ahead of most of the rest of the book. And then I fell in love with it and wanted it for the title. I was afraid it would be too long, but so far, aside from a few grumblings on Goodreads, it’s been very well-received.


Q: Your book is described as linked stories and as a novel. How do you see it?


A: I definitely see it as linked stories. I always loved the idea of stories of lives that overlap and co-exist within a contextual setting so that you get that sense of community and connection around larger themes that bind everyone together, even though they may not realize it. I hope that’s what’s been accomplished with If I Knew.


A: I have a two-book deal with Penguin and am working on the second book now. I’m actually writing two books and trying to determine which is coming out ahead; I did the same thing with If I Knew… and was sending my agent story chapters and she said one day, “I think this is your book.” And it was. I find it an effective way to write so that if you’re stuck at a point in one book, you can move on to the other.


I’ve been trying to write one of these novels for a while, where the story shifts between the New York City of today and that of the 1980s, centering around an East Village bar and the people who worked there.


The other is about a group of women of varying ages who live in a small town in upstate New York, whose lives become intertwined on several levels and through a series of circumstances. So we’ll see which comes out first. I’ll have to decide fairly soon.


A: Just that I’m pretty thrilled about this. I’m a more mature author, shall we say, and have been writing in one form or another for a while, so it’s wonderful to have this particular dream realized. My editor sent me a copy of the hardcover book, which arrived yesterday, and I opened it and started crying.


I had a teacher in college who said that when you write a book and it gets published and you hold it in your hands for the first time, nothing quite compares to that feeling. She was right.
--Interview with Deborah Kalb