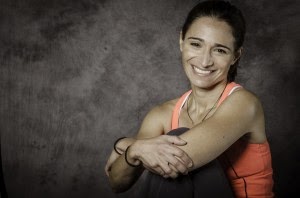 Edith R. Brotman is the author of Mussar Yoga: Blending an Ancient Jewish Spiritual Practice with Yoga to Transform Body and Soul. She teaches yoga, and she lives in Baltimore.

Q: For those who are unfamiliar with Mussar, what’s a the best way to explain it?

A: The best way would be that Mussar is an ancient form of Jewish self-improvement. It works by focusing on one particular quality. Some people refer to it as “ethics,” I shy away from that. It’s working on the quality of your soul, one quality at a time.

It’s a systematic way of self-improvement, and it works best in a group. It was initially intended to do on your own, but it eventually evolved into working with others. Examples of soul traits are humility, truthfulness, compassion, simplicity, equanimity.

Q: You write, “The blending of Mussar, which is rooted in Judaism, with yoga, which originated in South Asia, creates a transformational experience.” What is similar and different about the two, and what does the combination look like? 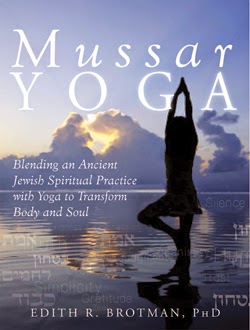 A: Yoga is about not just the physical, but the idea of ethical practices, one of which is a sense of self-study; you’re reflecting upon your own behavior in the context of sacred texts—that’s what Mussar is. There’s a lot of similarity there.

[In yoga,] you can see what comes up for you on your mat. It allows you to take the time to see what you’re feeling, and [provides] a window to begin to change.

You catch yourself doing [something], and let that go because it’s not important. Or you’re trying to find equanimity, and you find yourself getting flustered or upset. That’s a way in which yoga adds to Mussar.

Mussar gives me the template—this week, this is what I’m paying attention to. [I can] focus on a particular quality this week in my yoga practice. It gives me a sense of structure. You don’t normally have that in yoga.

Q: Your book asks the question, “How can we transform our life in a meaningful way?” How does Mussar Yoga help accomplish that?

A: There’s a quote attributed to Gandhi, that the way you change the world is by changing yourself. Another quote, by the Chofetz Chaim, [discusses the idea that when] you go out to change the Jewish community, the only thing you could change is yourself.

Meaningful transformation begins with yourself. You’re starting with humility and honesty about yourself. We’re all imperfect, but we all take on the task to become better.

To bring about Tikkun Olam, to renew the world, we make ourselves more whole and holy. That’s the transformation we’re all working toward. Mussar and yoga both together allow us to heighten our sense of attention [to what we are doing].

Q: How did you first get interested in Mussar Yoga, and how has it affected you personally?

A: I’ve been doing yoga for quite a while. I had a wonderful teacher—I was living in Cleveland—who understood the connections between yoga practice and what’s going on internally…I found that [connection] profoundly life-changing.

I was selected to be in the Baltimore Wexner program, the Wexner Heritage Program for Jewish lay leaders…and at our first gathering, in Utah, [I heard about] Mussar from Elka Abrahamson. There’s so much similarity here, was my first immediate reaction. I was looking for a bridge between the two, and I said, Here it is!

Q: How did it change you?

A: I’m so much more conscious of the qualities. As I go through my day, I’m always in a state of awareness about the various traits; it’s how I go about living my life.

I have a group with two other women; we’ve been studying Mussar together since 2010. For all three of us, this has become a really important part of our lives. We feel very different from when we started. I wrote this book, and another woman in the group has started offshoot groups; that’s another exciting thing!...

A: I’m starting to do workshops at yoga studios and Jewish communities around the country. It’s really exciting. Some people are very familiar with Mussar and not so much with yoga, and vice versa. I’m enjoying connecting people to how the two combine.

I come at it from my own personal experience with yoga and Mussar; I’m interested in having a Jewish experience that’s more spiritual, working on a sense of wholeness and connection to the divine. It’s important to me, giving Jewish people another tool in finding a more spiritually meaningful Jewish life.

--Interview with Deborah Kalb. Edith R. Brotman will be participating in the Hyman S. and Freda Bernstein Jewish Literary Festival at the Washington DCJCC, which runs from Oct. 19-29, 2014.
Deborah Kalb at 5:44 AM
Share