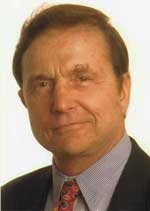 Nick Kotz is the author most recently of The Harness Maker's Dream: Nathan Kallison and the Rise of South Texas, which tells the story of his grandfather and other family members. Kotz, a Pulitzer Prize-winning reporter, worked for The Washington Post and The Des Moines Register, and wrote five other books, including Judgment Days and Wild Blue Yonder. He lives in Broad Run, Virginia.

Q: What about your grandfather’s life could only have happened in Texas, and what was different about being Jewish in San Antonio during this period, as opposed to other cities with larger Jewish populations?

A: The main thing Jews had going for them, because there were relatively few of them and because of the atmosphere of the South and Southwest, [was that although] they were noticeable, there was less prejudice.

Nathan starts out in Chicago. I describe the fierce prejudice between Greeks, Italians, Jews. Nathan specifically, right at the outset where he moves his business from Chicago to San Antonio--there’s one bank, owned by the [Jewish] Oppenheimer brothers. I don’t think he could have gotten a loan [to meet his goals without that bank]. That is one sign of prejudice.

Something that was very curious to me—I searched Jewish periodicals in San Antonio and in Texas, and these Jews did not want to talk or write about what was going on. The San Antonio rabbi, Rabbi Marks, was lecturing these Jews in a way that would never happen today: Be quiet, don’t do anything that’s going to call attention to yourself and be interpreted by the rest of the community as a Jewish stereotype….

Alex Haley’s book Roots…kicked off a whole movement from different nationalities and religions of people looking at their roots. In that genre is a subgenre of people looking at Jews—it could be in a small town in the South. One way or another, they’re all saying…the same thing—that it’s much easier for Jews to succeed in the South. In Texas, first the German Gentiles in the 1840s and ‘50s, and then the Jews, were bringing to Texas skills that weren’t there, including banking skills.

Q: You write that you wish you had asked your grandparents more questions about their earlier life. If you had asked, do you think they would have told you very much, or would they have been reluctant to do so? 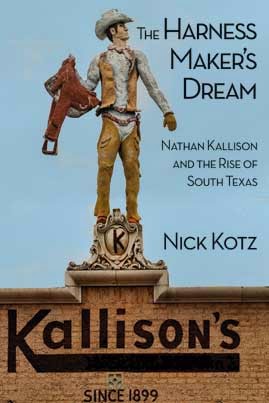 In my own case, this changed my whole idea of how to look at history in the United States. I spent my career writing about wars, elections, presidents. [In this book] I approach it from a family standpoint.

Q: How different was the writing process with this book, given that you were writing about your family?

It’s a fluke that pulled me into it—one of the most beautiful parts of Nathan’s ranch became part of a state park. The [state parks] chairman called me up and said we need somebody to write the history of it. I said no, I’m in the middle of another book, and then one thing led to another.

In the case of my family, since we didn’t ask questions, we started to try to do this [research]. Most families don’t have someone who keeps a diary or keeps business records. I’m indebted to the explosion of information on the Internet. There wasn’t a single diary in the family, and all the business records were destroyed. 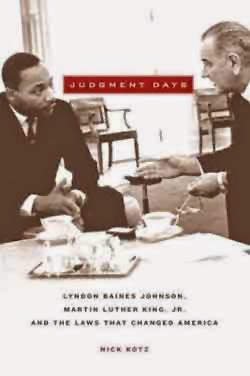 Once I got hooked, it became an enormous challenge. Not that other stories were not, but it was different because I was looking for clues about my family’s history.

A: It was different in a way. Thank goodness Mary Lynn Kotz is not only my wife, but has edited my books. I was reluctant to get into writing about stuff where there was conflict in the family. I did not want to hurt any of my cousins who are still alive. Thanks to Mary Lynn, she said you have to write about the conflict….

Q: What was the reaction from your cousins?

A: The principal reaction, from my generation and the next—they didn’t know the history. A lot were quite surprised to learn their family played an important role. I don’t think they thought about that. I heard a tiny bit [from] one unhappy person.

Q: So most people were fine with it?

A: And pleased! They didn’t know this [history].

Q: You write, “The first significant breakthrough in researching this book came from a telephone book.” Why was that?

A: The first thing I did, using these incredible new resources, I used these computerized searches, and if the name had been Smith, it would have been a lot more difficult. 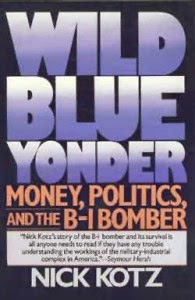 I wrote 25 letters to people named Kallison, and the big breakthrough was from a lady in Los Angeles named Tavia Kallison. My wife and I were in Los Angeles, and we met Tavia, and her 96-year-old father, who drove his car all the way across Los Angeles to have dinner with us.

He brought along the jewel—a genealogical family tree with only one Kallison. It gave me the name of the village [the family came from], Ladyzhinka.

Late one night, I typed in Ladyzhinka, and up popped the name of a cemetery where [thousands of] Jews were buried. I sent a graduate student there. There were photographs embossed on the gravestones. She sent me via cell phone the pictures embossed on the Kallison headstones. Here, suddenly, another mystery was answered. There was a very nice picture on the wall in my uncle’s den. We could recognize the young Nathan Kallison [and now I could figure out that next to him] were his brothers.

A: I’m thinking about what I’m going to do next. I’ve decided I would spend my time…traveling with the book, talking to people, reading their e-mails—I’ve learned so much more…You hear wonderful stories.

A: This is not a memoir. You don’t even know I’m there, unless you know there was a child named Nathan Kallison. I hope this book tells the story looking at big events--like World War I, World War II, the Depression—in a far more personal way. It’s history from the ground up and relating into wars, politics, and the economy. It’s an attempt to look at the history of the first two-thirds of the 20th century by following a family.

As a Jew, it amazes me, but it’s true of other people as well, we Jews of Russian ancestry know so little about the history of Jews in Russia over 700-800 years. It was a good czar, Alexander, getting assassinated and the arrival of another bad czar that stimulated the Jews to get out. I’m a reporter and I did a lot of reading; following the story of the Jews in Russia over 700 years was fascinating.

One other thing—from the 1880s to 1920, when immigration was cut off, 22 million immigrants came to the United States, and they came primarily from Eastern and Southern Europe. It had to have been one of the largest migrations in history in a short time. There were 2 million Jews.

I thought of the impact of those people, and this was at a critical time when the Industrial Revolution was starting to get going….what would the country be if those 22 million people had not come here at an important time in the country’s history?

--Interview with Deborah Kalb. Nick Kotz will be participating in the Hyman S. and Freda Bernstein Jewish Literary Festival, which runs from October 19-29, 2014, at the Washington DCJCC.
Deborah Kalb at 6:10 AM
Share