Lisa Takeuchi Cullen is the author of the new novel Pastors' Wives. A former Time magazine correspondent, she also wrote the non-fiction book Remember Me: A Lively Tour of the New American Way of Death, as well as TV pilots. Born in Kobe, Japan, she now lives in New Jersey.

Q: You say in the book's acknowledgments that Pastors' Wives originated in an article you wrote for Time magazine. How did you end up writing a novel, rather than a non-fiction book, about pastors' wives?

A: Oooo, that's a long and twisted story. So: the article ran in 2007. I intended to turn it into my second nonfiction book (my first is Remember Me, about the year I spent crashing funerals). Then one day, mid-commute to my job as a staff writer at Time, I thought: "This would make an awesome TV show." Never mind that I had no clue how to make that happen. But things did happen. My book agent connected me with a TV agent. I pitched him the idea. He loved it. He asked me for a treatment. I said, "What's a treatment?"

Fast forward past the writers' strike of 2008, my mother's death, my quitting Time magazine. I got a call from my TV agent that the producers sold the show...without me. A battle royale between my talent agency and theirs ensued. Eventually the network dropped the project.

Meantime, I had been reporting. I'd attended a retreat for pastors' wives in Wisconsin, a convention in Florida, tailed a senior pastor's wife at a megachurch. I had the story. I had the characters. My literary agent, Theresa Park, smacked me upside the head and said, "Write it as a novel already."

Q: Why did you choose a Southern evangelical megachurch in which to set the book?

A: The moment I set foot in one, I was sucked in. Which I think is the point. The lights. The music. The smiling people. The splendid amenities, like a high-end mall. The money...oh, the money. The influence. The capacity for good, and the opportunity for wrongdoing. What goes on behind the curtains? I was dying to know.

Q: How did you come up with your three main characters, Ruthie, Candace, and Ginger? Do you have a favorite among them? 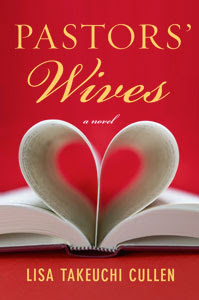 A: Ruthie is the outsider, the skeptic, a Northeastern educated liberal who was raised Catholic. She follows her husband from Wall Street to Magnolia when he hears a calling to serve at a megachurch. At first she's beguiled by the wealth and wonder of Greenleaf Church, and by the dazzling Candace, the senior pastor's powerful wife. But their new world plunges her marriage into crisis.

Candace is the steel spine of Greenleaf. The wife of the senior pastor at a megachurch is called the First Lady, and Candace is equal parts Jackie Kennedy and Nancy Reagan. She'll do anything to protect her church and her superstar husband, Pastor Aaron Green. Her mind works like the Terminator's, always calculating, focused on the mission. But she adores her sons, her grandbabies, and of course her husband. In the end, she's the character who'll surprise you.

Ginger is Candace's meek, unhappy daughter-in-law. Ginger is perhaps the most typical pastor's wife, except for one dark secret: her past. She's pushed to the brink by her missionary husband's constant absence and Candace's meddling, until she takes drastic action.

My favorite character is Candace. A reader might presume I am most like Ruthie, and I suppose on the surface I am. But Candace is the fierce and focused woman I wish I was. I loved writing her so much that sometimes I still think to myself, What would Candace do?

Q: Is there an overall message about the role of religion that you think readers will receive from the book?

A: I am not qualified to pontificate on the role of religion in peoples' lives. But I can speak to where my own heart was when I wrote this book. It was during my own crisis of faith, after my mother and my father died within months of each other, one of cancer, the other of a broken heart. Both were devout Catholics—my father was a priest who quit to marry my mom —and they were the root of my faith. (I wrote my CBS drama pilot, about an ex-priest, during this time too.) I realized I had to reconcile what I believed, not what my family practiced. I wound up moving away from organized religion. But I still believe in its capacity for great good for believers. I've seen it with my own eyes. 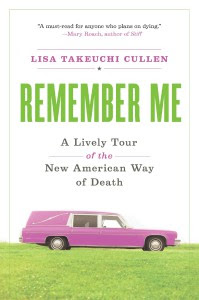 A: I write TV pilots as well, and I am currently developing my upcoming pitch. CBS shot and produced my last pilot this spring, a drama about an ex-priest titled The Ordained. Its fabulous cast included Charlie Cox (Boardwalk Empire), Hope Davis (Mumford), Sam Neill (Jurassic Park), Audra McDonald (Private Practice), and Jorge Garcia (Lost). It was a thrilling ride. But alas, CBS didn't add it to its fall lineup. So it's back to the drawing board for me. I have a very cool idea I hope to get to execute.

The novel I'm working on is called Okinawa Nights. Like Pastors' Wives, it's inspired by an article I reported and wrote for Time magazine. Set on the tropical island of Okinawa, Japan, it's about the murder and rape of a local woman for which a U.S. serviceman is accused, told by a young American reporter who's sent to cover it. For all its island beauty, Okinawa seethes with tension, between the races and the sexes, the locals and their military occupiers. I hope to complete a draft this year.

A: If you read my novel, please invite me to your book club! I believe Pastors' Wives makes a great book-club selection, with its big-picture questions on the role—good and bad—of church and faith in marriage. I would be delighted to participate, in person (I live in northern New Jersey) or by Skype, in any discussion. Bonus: I'll throw in funny stories about Hollywood and my TV pilot! My e-mail is lisa dot cullen at gmail dot com.