Gail Tsukiyama's novels include   The Samurai's Garden, Women of the Silk, and her most recent, A Hundred Flowers. She lives in El Cerrito, California.

Q: Your new book, A Hundred Flowers, takes place in China in the late 1950s, and focuses on a family affected by the political turmoil of that era. Why did you pick that time period to focus on, and why did you choose those particular characters?

A: Several years ago I was fortunate enough to be asked to go to China with University of California, Berkeley's Alumni Travel Program to speak about my books.  Though I'd been to Hong Kong and Guangzhou, I'd never been to Beijing, Shanghai and Xian.  The trip left a lasting impression, and on the way home I knew my next book would be set in China again.  For some reason, the Cultural Revolution kept coming to mind though it had already been explored by so many good writers.

I then started to do some research, only to rediscover Mao's Hundred Flowers Campaign, which was the precursor in the late 1950's to what would become the Cultural Revolution in the 1960's.  I wanted to explore that particular time more within the framework of one family that was affected by the campaign.  I knew from the onset that it would be an intimate look at these family members, and that it would all begin by the young son falling from a tree.  The rest followed a natural progression.

Q: Your books often take place at pivotal times in 20th century history, particularly the history of China and Japan. How much research do you generally do when you start a new book?

A: Each book usually begins with my sitting down and researching a particular place or time period or a specific historical event I'm thinking about.  It's only when I feel I know the place and subject matter well enough that I begin to write the fictional story, always aware that the research material has to remain in the background.  Otherwise, it's very easy for the research material to take over the story.  Still, each book has been a different process; while some of the books demand more research before I begin writing, others work more simultaneously. 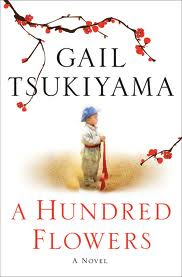 Q: Your family background is both Chinese and Japanese. Do any of your novels include stories from your own family history?

A: No, I've always tried to write outside my family history, though every writer finds aspects of their lives invading their stories.  The closest book to contain a bit of my family's history was Nightof Many Dreams.  My mother was from Hong Kong, and we visited my grandmother there when I was young.  I didn't know it then, but the culture and my grandmother's lifestyle and friends did leave an impression.

Q: Of all your books and the characters you've created, do you have a favorite book or character, and if so, why?

A: I've always believed that my books and characters are like having children.  It's hard to pick a favorite.  I've also felt that each book was written for a specific need and time in my life.  So they all have importance to me as the author.  That said, there are always characters that stand out for different reasons; how they live their lives or sacrifice for others, such as Matsu in Samurai’s Garden, Auntie Go in Night of Many Dreams, Haru and the grandparents in The Street of a Thousand Blossoms, or even Wei in A Hundred Flowers who was seeking redemption.

A: I've just returned from India for a project I'm involved in, which has taken up much of the past few months.  I am working on something new, but it feels too early to talk about it.

A: One day I would love to write a good mystery novel!